Dennis Lanthier says he launched a course in Texas Hold’em poker because he couldn’t find enough people willing to play.

When he asked one of his neighbours about trying it, the answer was a regretful no.

“I’d love to play, but I don’t know how,” said Sharon McBain.

That was when Lanthier decided there might be some interest in a course for people who like to play the popular poker variant, but don’t have experience.

“My motive was to get the hell out of the house, meet new people and have fun,” Lanthier said.

On a recent Tuesday afternoon, Lanthier was setting up for a small group of novice players at a table in a second-floor meeting room at the Timms community centre in Langley city.

One of them was McBain, his neighbour.

“It sounded like fun,” McBain said, as she watched Lanthier run some cards through an automatic card shuffler.

As he distributed betting chips to the players, Lanthier explained the chips are only used to keep track of who wins and loses.

Another novice player, Heather Maynard, said she has watched people playing card games at the nearby Cascades casino and has always wanted to try it.

“I don’t know many women that play in my circle, so I thought that I’d try it.”

Lanthier, who lives in Cloverdale, said he had some trouble finding a community centre willing to allow a course in poker, even one where no actual money is bet.

“I went to Cloverdale and they said no, then I went to Langley Township,” Lanthier said.

Langley City, which happens to have a casino, said yes.

For players new to the game, who want to learn basic play, the Tuesday session is an introduction to the popular seven-card poker game that explains basic technique and important terms like the turn and pre-flop betting.

“You’ve got to know this, [to understand] what means what,” Lanthier said.

Lanthier said the goal is to get people to a point where they would be comfortable taking on other players in the informal tournaments that he holds on Thursdays at the same community centre.

Hold’em started in Robstown, Texas in the early 1900s and eventually took off when it was introduced to Las Vegas in 1963, where it was considered a more strategic form of poker, a so-called “thinking man’s game.”

Lanthier, a retired civil servant who has played Texas Hold’em competitively, said he is as more of an enthusiast than a professional.

“I am not a professional, I am not even an expert. Fifty per cent of this game is luck.”

Learn to play Texas Hold’em poker at the Timms Community Centre at 20399 Douglas Cres. every Tuesday from 1 p.m. to 4 p.m. For players new to the game who want to learn basic game play. All that is needed is a valid Timms games and track Pass which is $10 a year.

Thursdays from 1 p.m. to 4 p.m. is for Texas Hold’em tournament play at Timms, which is intended for people who already know how to play. 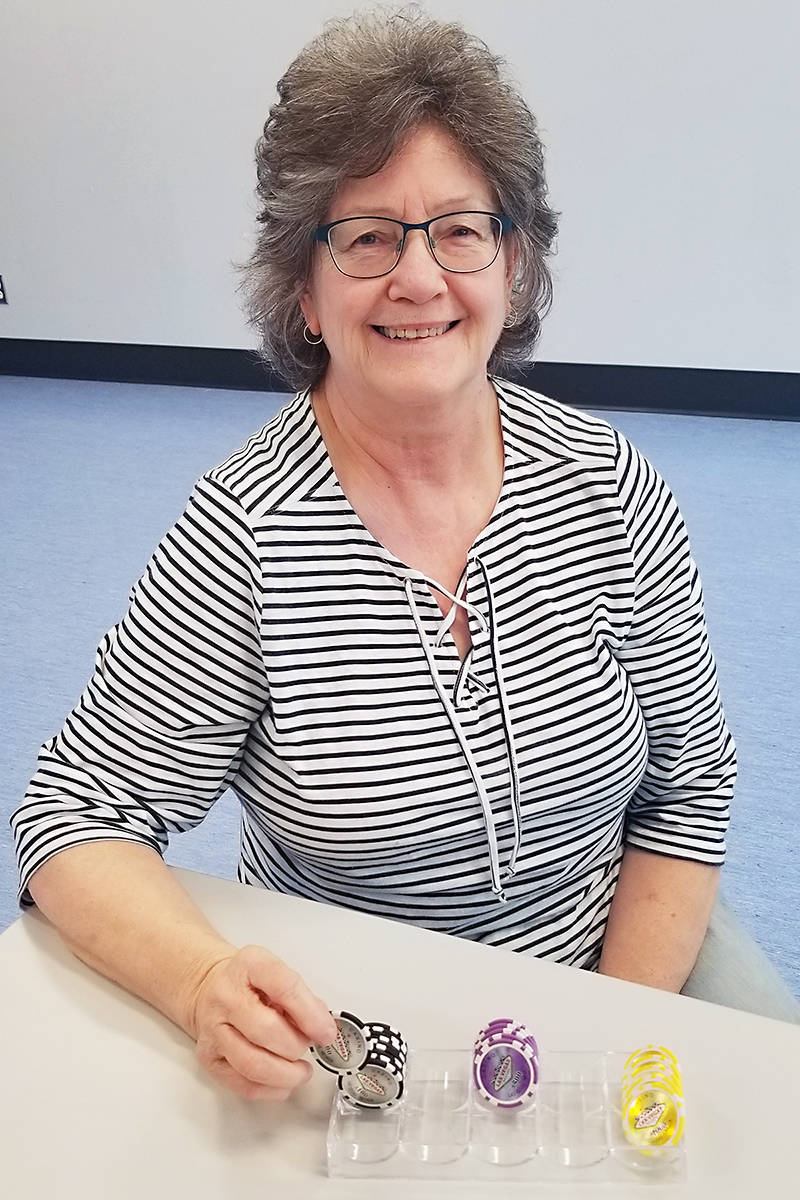 Heather Maynard, said she has watched people playing card games at the nearby Cascades casino and has always wanted to try it. Black Press photo 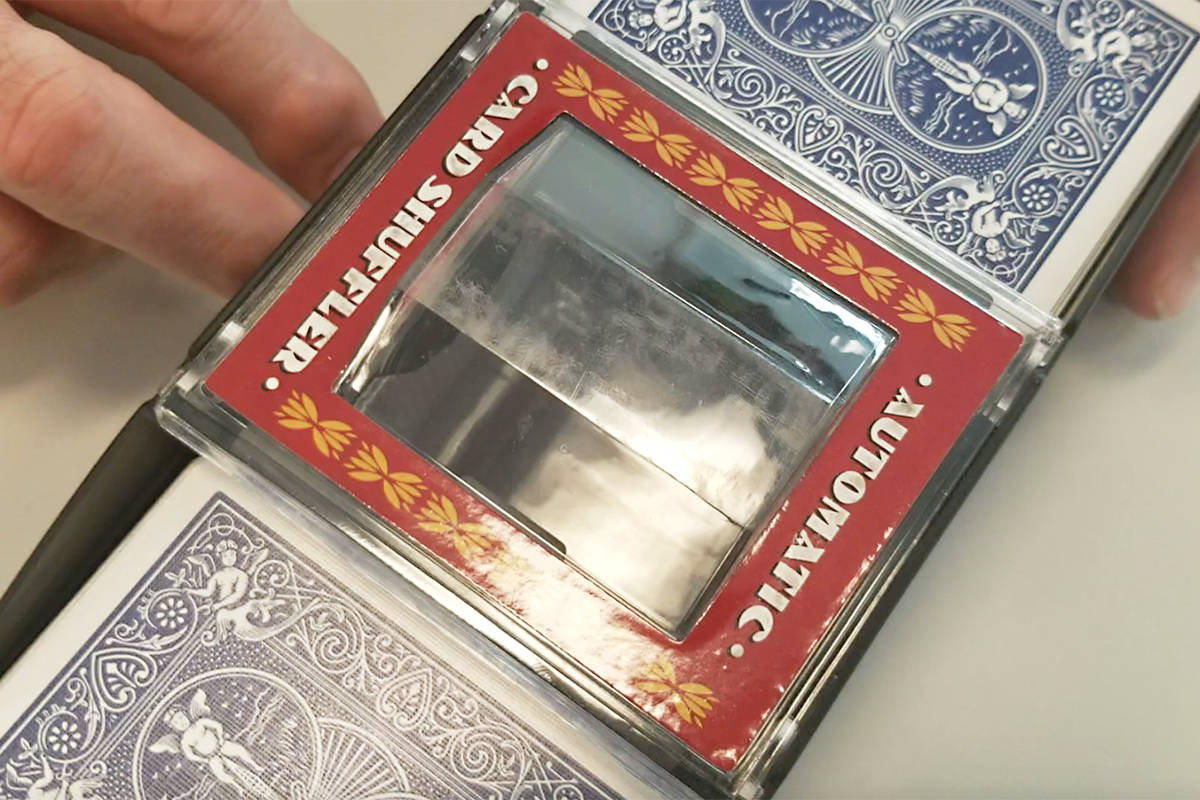 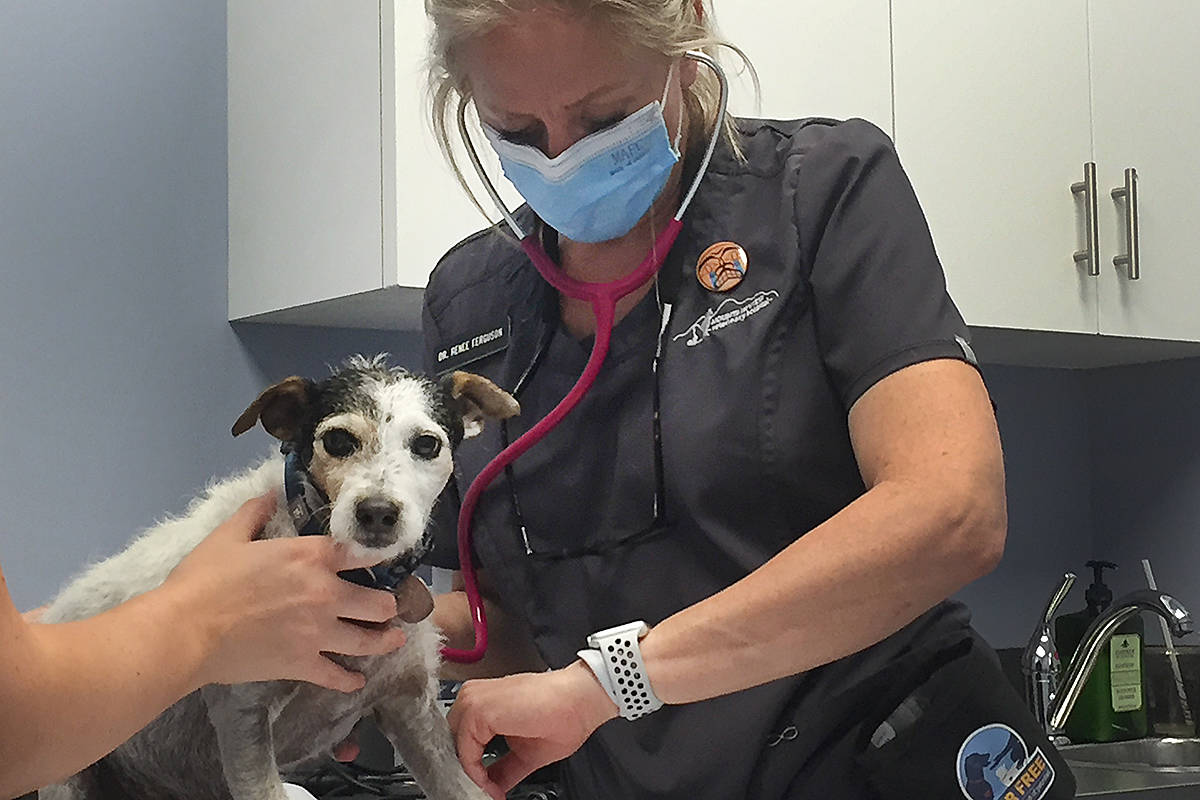