The theft of a 12-foot blowup ghost from outside their bedroom window early one fall morning – before even the sun came up – wasn’t enough to deter the Warren family from going all out with Christmas decorations.

The relatively newcomers to Langley were admittedly “devastated” by the theft from the decorative new Halloween exhibit they put up in their front yard on 50th Avenue this fall, explained Debbie Warren.

The new ghost lit up blue and flashed like it was being electrocuted, drawing attention from a lot of neighbours and passersby in the Langley City neighbourhood.

“They did it right under our noses,” Debbie said of the theft, noting surveillance video of the crime has been turned over to police. No arrests have been made, yet, as far as they’re aware.

“It was our favourite piece by far,” interjected Debbie’s husband Troy. “A couple came into our yard and targeted that one piece and stole it. We were both very upset, but agreed that it was not going to ruin our Halloween or Christmas.”

And a high degree of Christmas spirit still seems evident in the Warren household, if the growing display of lights and decorations in their front yard are any indication.

“We are always on the lookout for some new stuff, lights,” he added, explaining that the rains in late November kept them from placing all their outdoor decorations out at one time.

Instead, for the first half of December, it seemed something new went up every day or two, until this past weekend, when Troy announced they were done – just ahead of the snowfall.

Moving from a three-storey townhouse in Cloverdale to a home with a yard in Langley, there was also a lot more space for the couple to decorate, Troy said.

With that bigger canvas, came the need for more to display. This season alone, they’ve purchased at least 20 more strings of lights, a couple more inflatables, and a few other decorations – with expectations of still growing the display further in future.

“I’m sure we will add some more stuff, obviously more lights,” Troy added.

“We get lots of compliments from the neighbours, people walking their dogs by the house, etc.,” he said. Admittedly, the feedback makes them happy, but it’s not their sole motivation.

It’s a passion the couple shares, and that’s reason enough to do it.

“From when I was young, my favourite Christmas movie has always been National Lampoon’s Christmas Vacation,” said 45-year-old Troy, who confesses to being more into the Christmas displays, while Debbie – who by day is an office manager at Abell Pest Control – is Mrs. Halloween.

“Having a house like Clark Griswold has always been a dream. He was always about the lights, and that is my passion,” Troy elaborated.

“As for the blowups, I still find they don’t always display very well at night, they never seem to install enough lights inside of them. We need more lights,” he said, chuckling as he showed off his Griswold jersey.

While Troy always helped his dad put up Christmas lights when he was growing up, but “nothing ever too crazy though.”

It was his grandmother who really ignited his desire for lights. As a teen, he started helping his grandma – motivated originally to help by the promise of pizza.

But as time went on, and grandma’s sight began to fail, he began to exercise a little more artistic license and add more and more light.

“She always loved the lights and music,” he said, noting he assisted her annually for some 20 years – until she passed away about a decade ago.

“So, I always had a fascination with Christmas lights, and when I moved out from my parents was when the displays started,” he explained.

“My first place was an apartment, so the canvas was very limited. About 15 years ago, I moved to a townhouse in Cloverdale, much more room for lights, but still quite limited and very minimal front yard,” said Troy, a superintendent at Deltaport container terminal.

Six months ago they purchased their home in Langley, off 203rd Street, “and since that day I’ve been looking forward to our Christmas light display,” Troy said.

“I know our display isn’t as big as some that are out there, but one day maybe,” he said. “We both love to decorate, as Debbie puts it, ‘she decorates my life, and I add the lights.’”

The Warren family display, at 20294 50th Ave., in Langley, will be on each night (from around 4 p.m. until sunrise) through until at least New Year’s Day – weather dependent.

READ: Farmer lighting up 64 years of Christmas in Langley 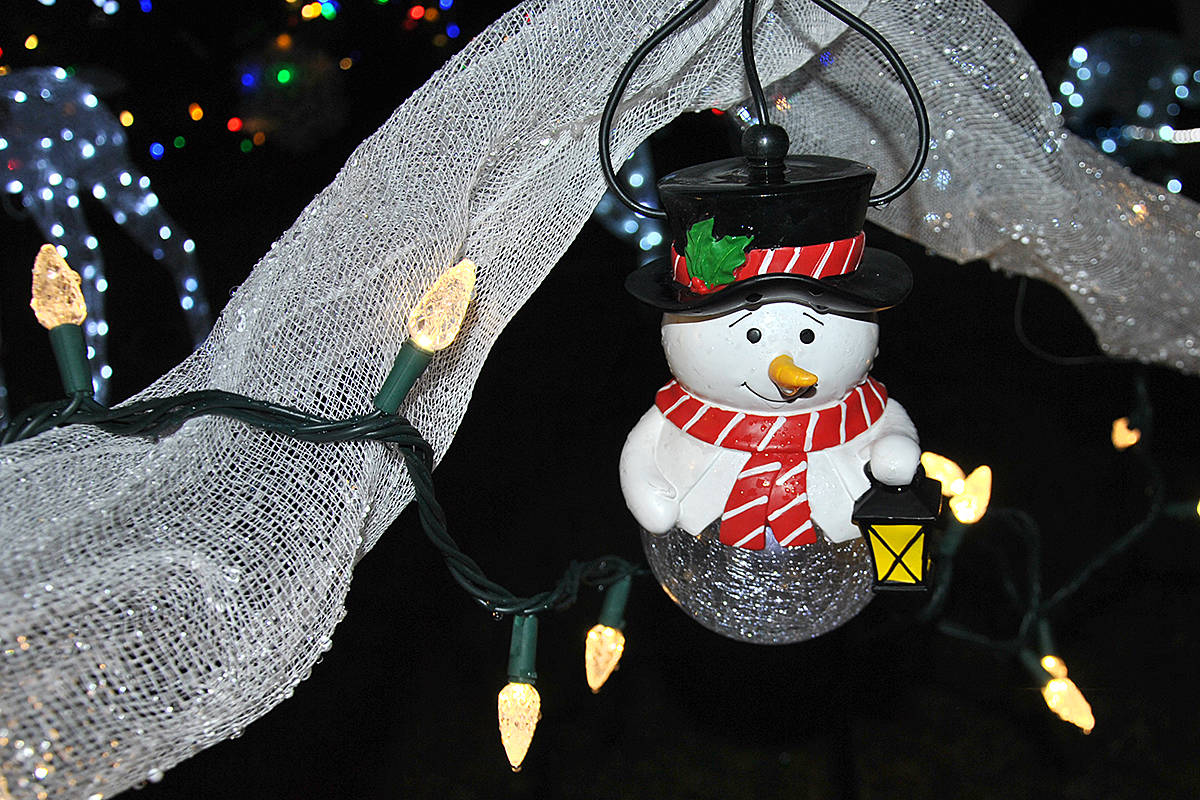 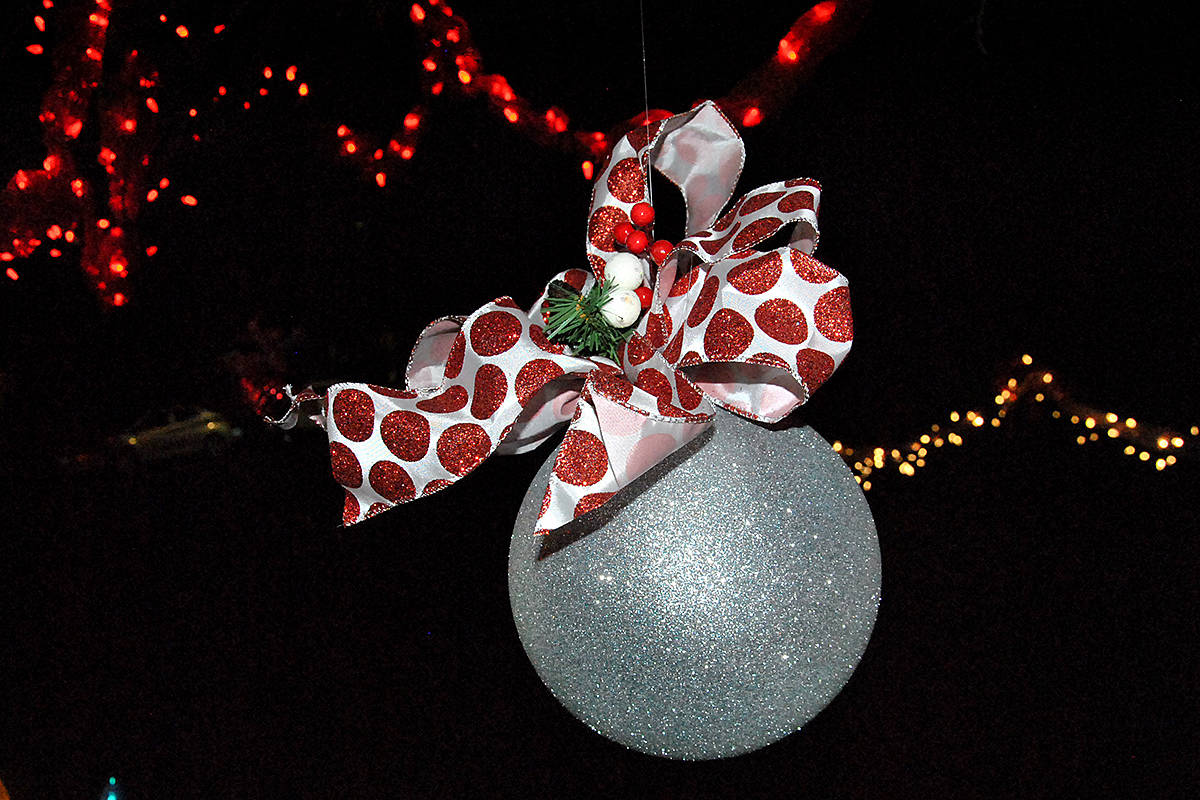 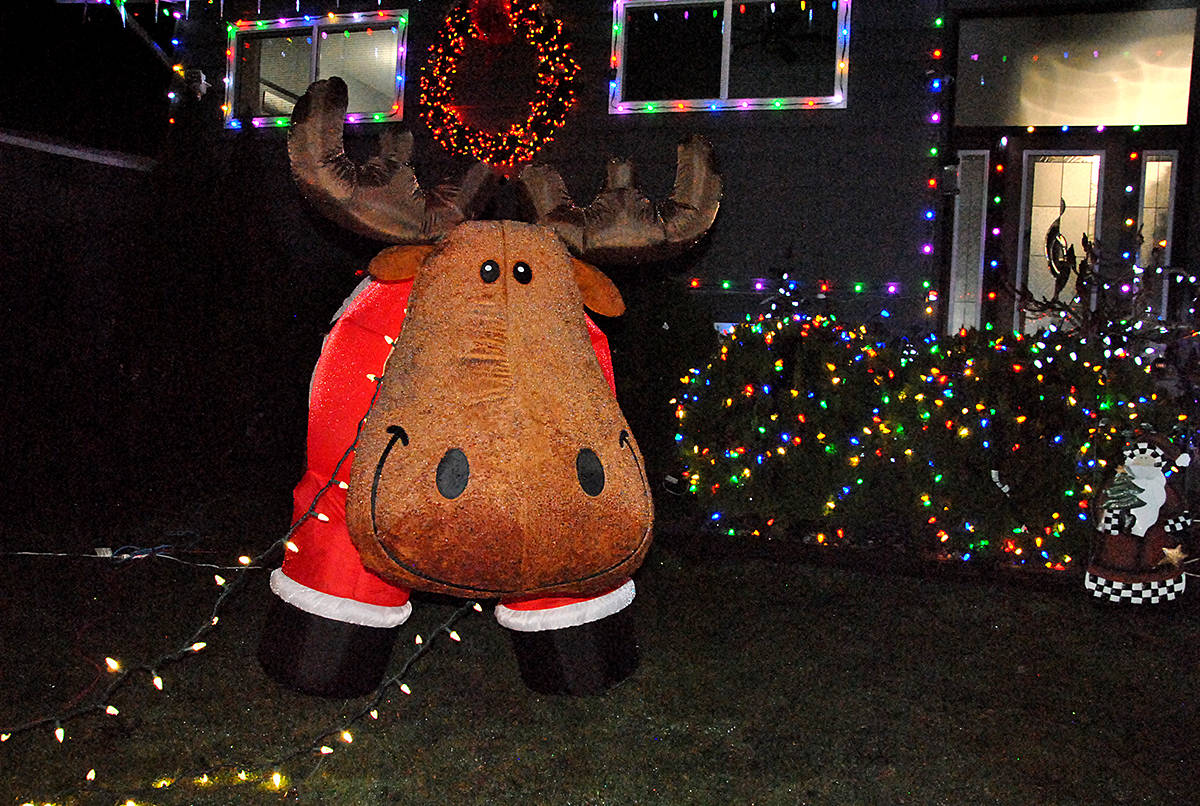 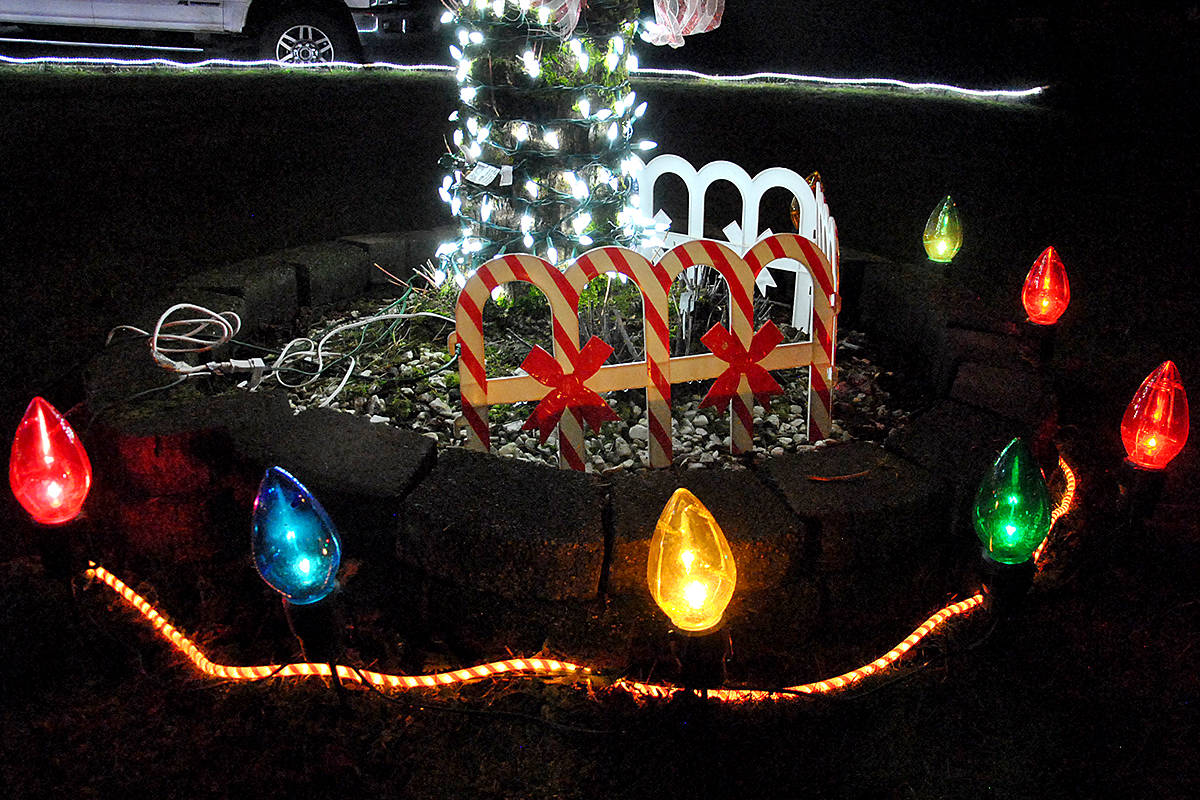 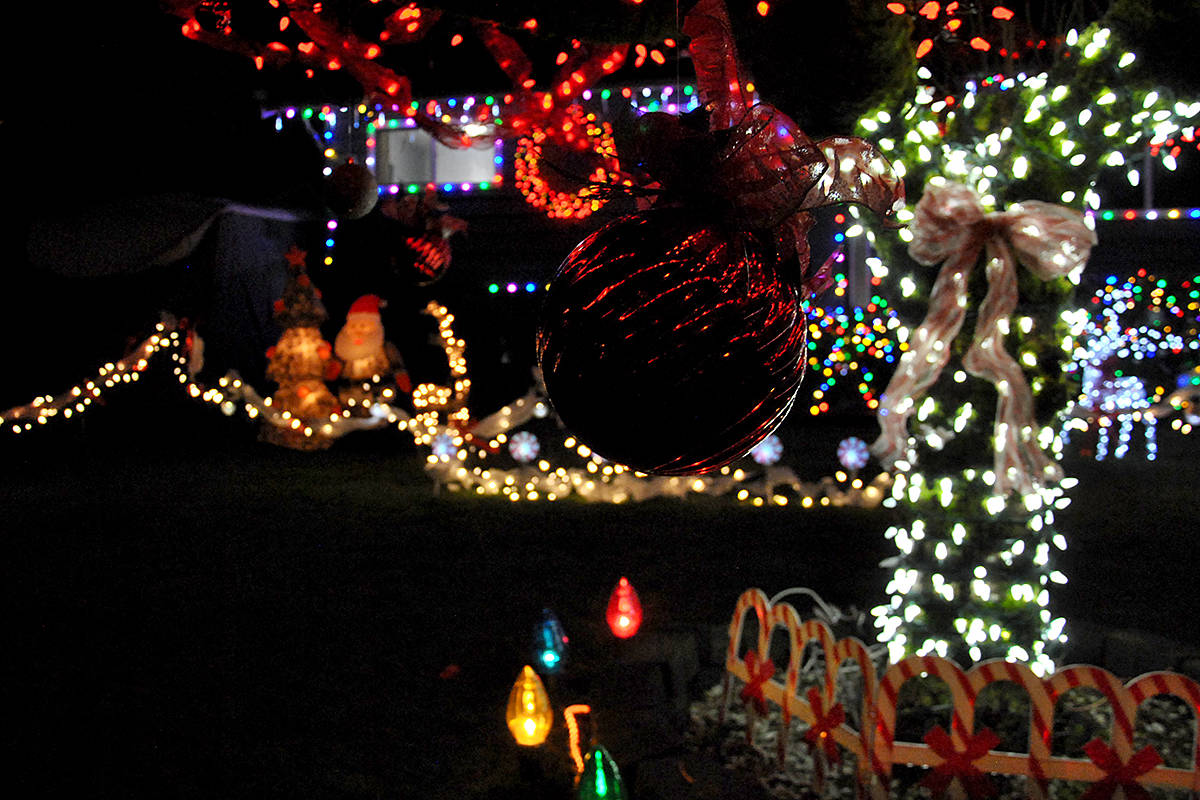 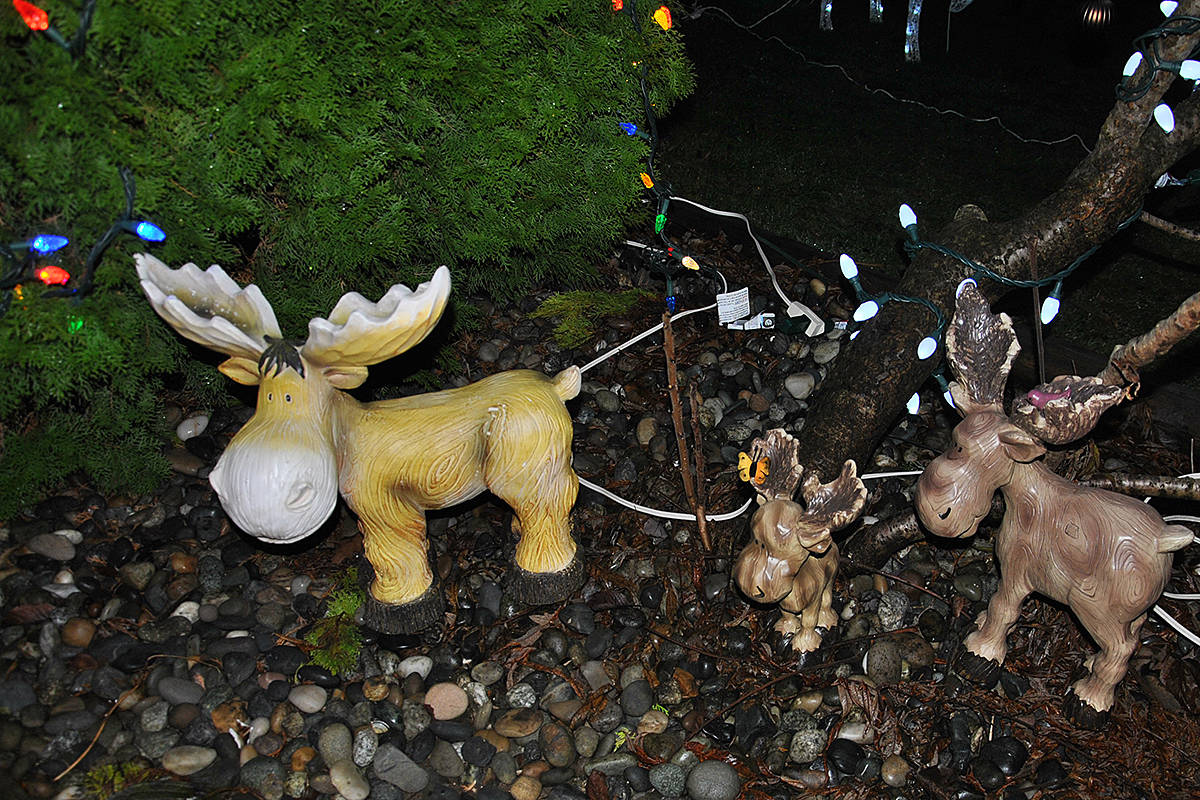 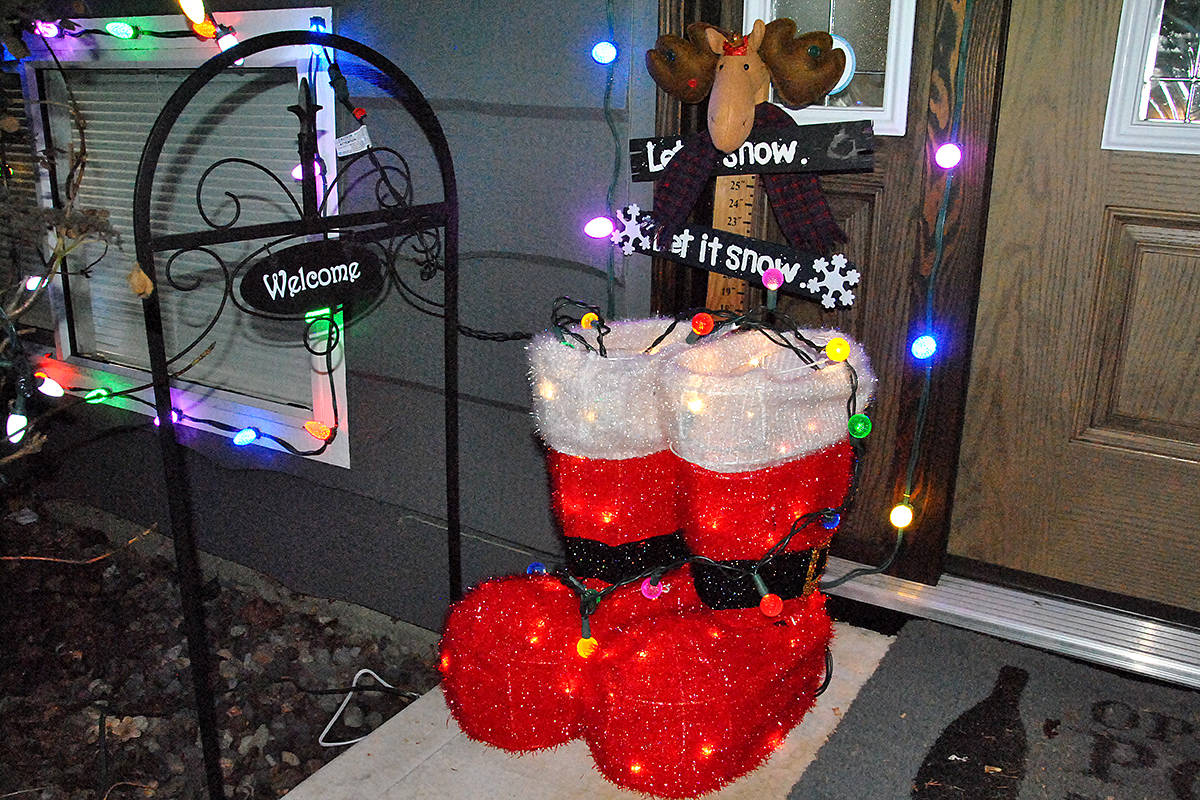 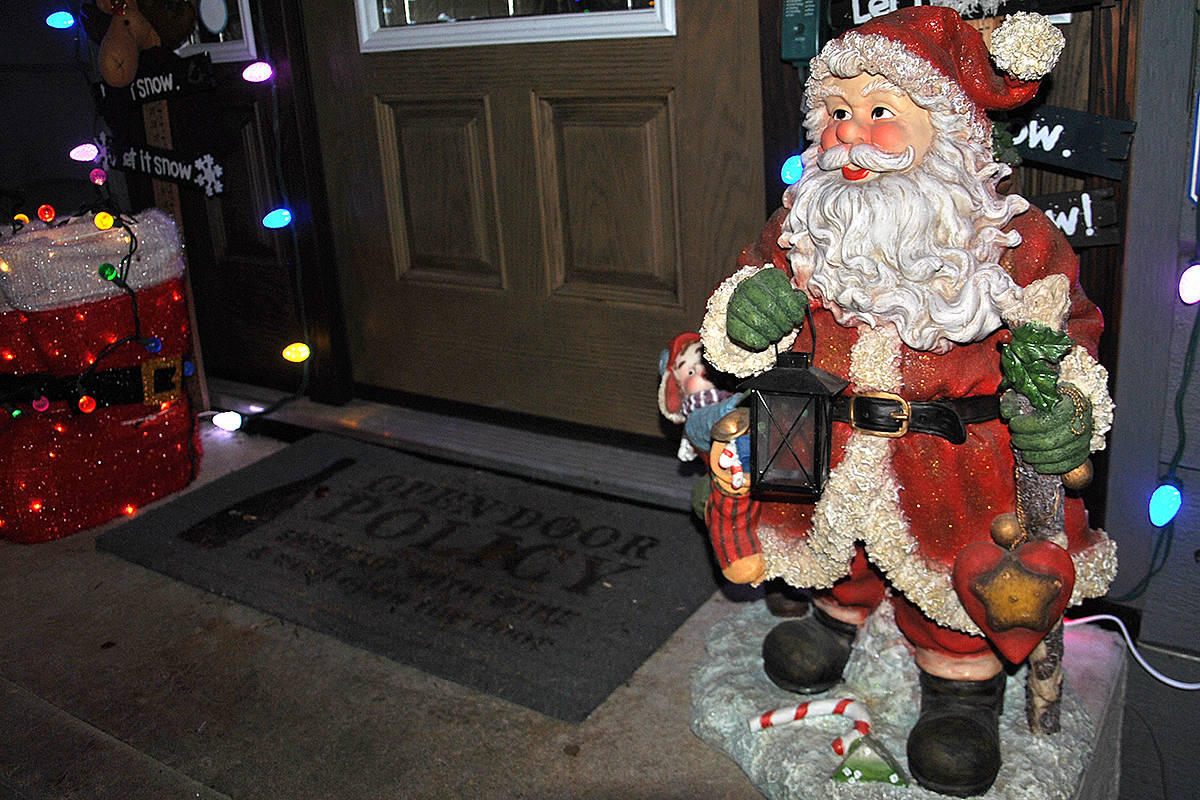 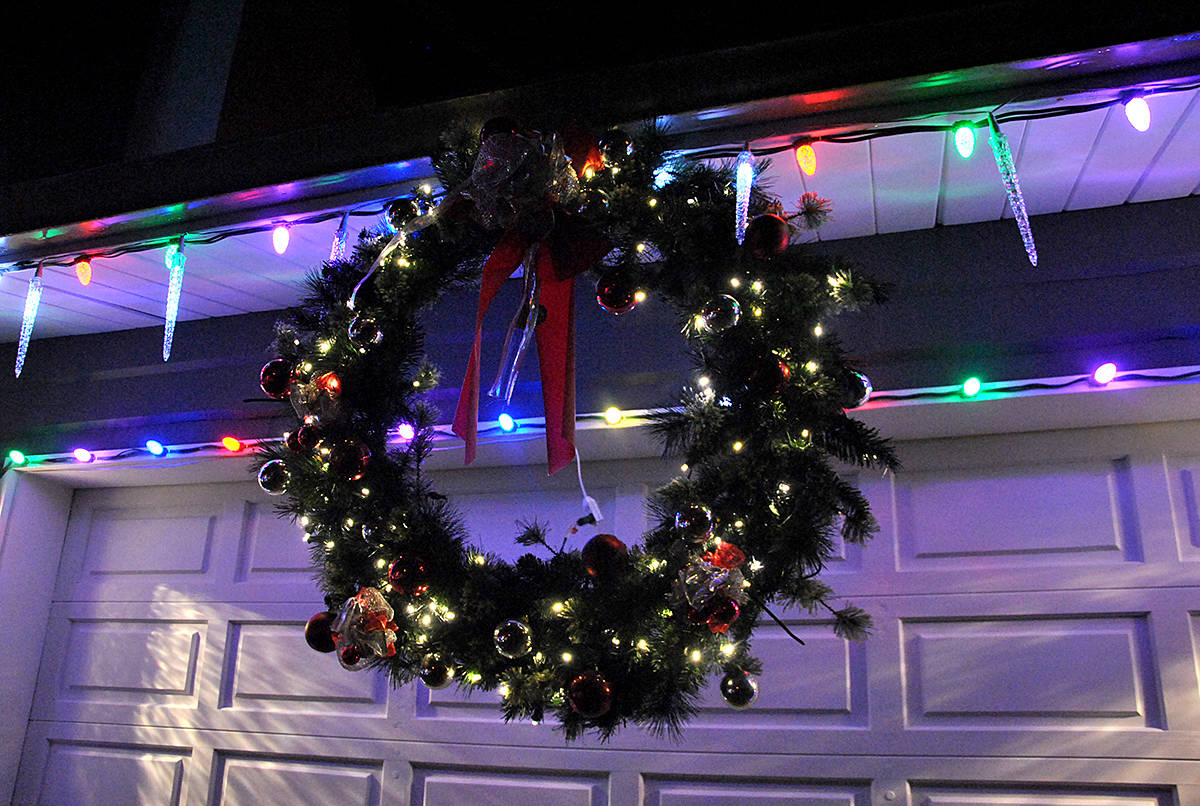 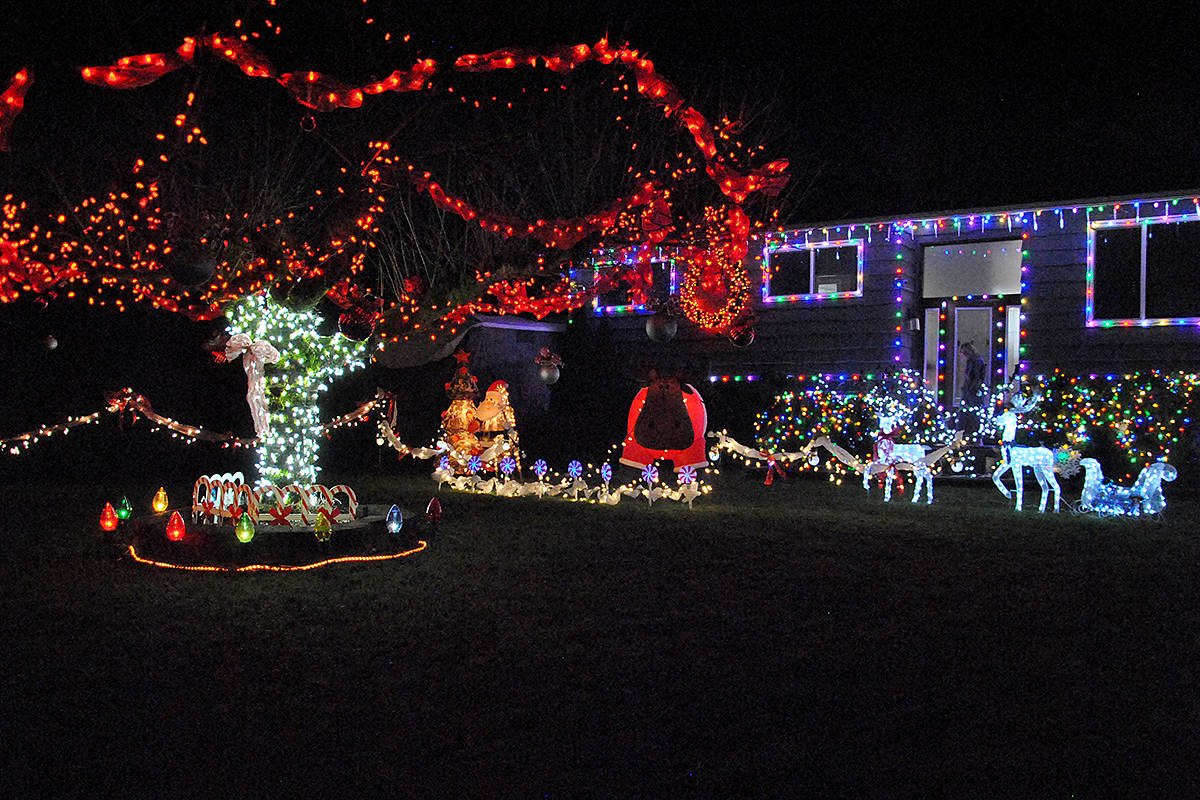 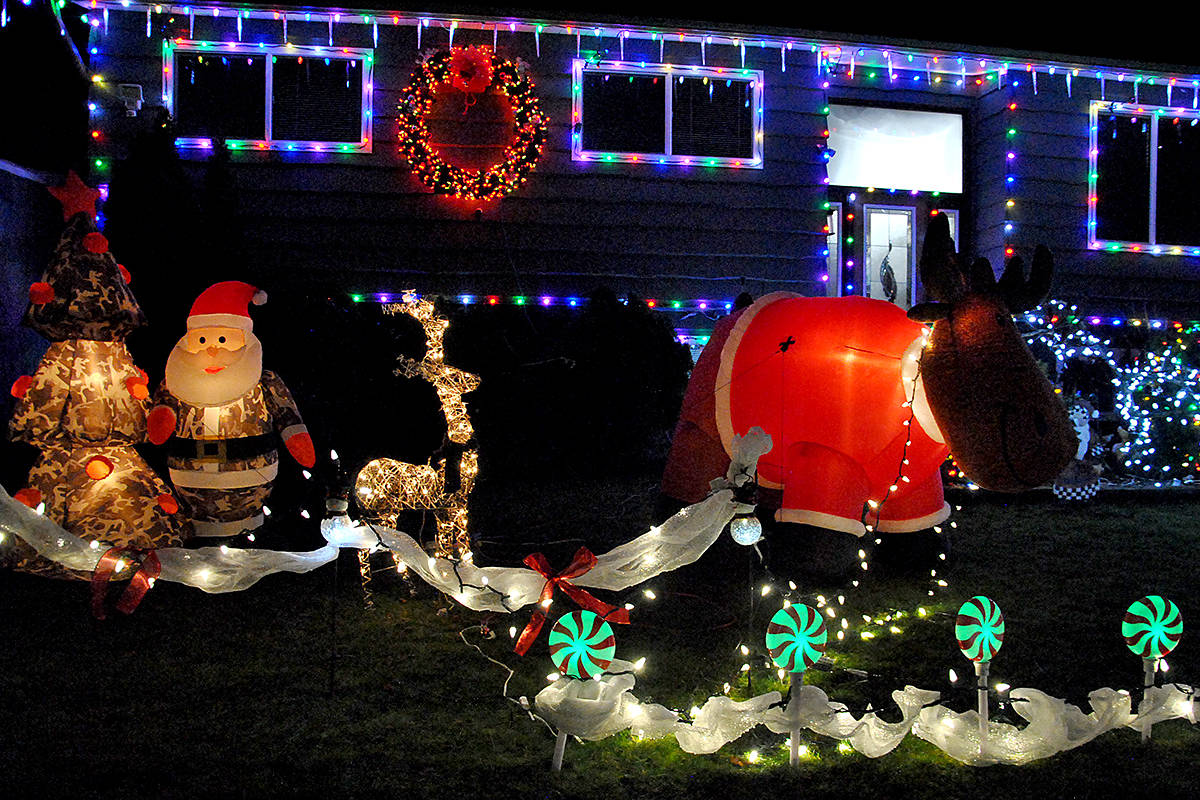 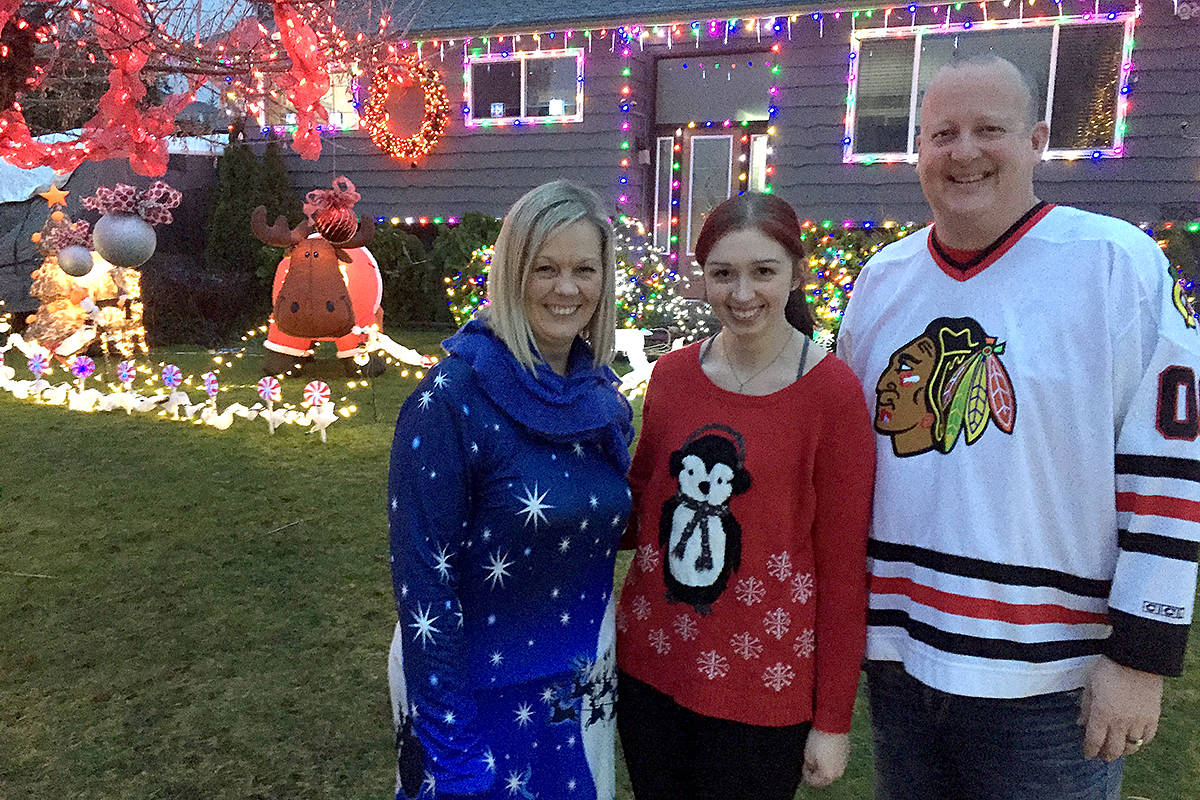 It might not be a huge display, but it’s built with love and will undoubtedly grow, said owners Debbie and Troy Warren. (Roxanne Hooper/Langley Advance)

‘Anything But Brave’: Stepping back from the brink

ELECTION: Ryan Warawa to run for BC Conservative Party in Langley East