Curling truly is a family affair for the Tardi clan – and they’re taking that to new heights.

As the Langley-based junior curling team of Team Tardi prepares for their trip to Scotland at the end of the month, they’ve added a new member to the team – and it’s literally another Tardi family member.

Team Tardi is currently made up of four members of the Tardi clan from Cloverdale, but a fifth relative is preparing to join the ranks.

Their team skip is 19-year-old Tyler. His older brother, Jordan, plays second, while Dad (Paul) serves as coach, and Mom (Anita) is manager.

Well, here comes another member: Jacques Gauthier, a 19-year-old from Winnipeg, is joining the team as its fifth. And, it just so happens the national all-star third is actually Tyler and Jordan’s cousin – whom they played against, and defeated during the recent New Holland Canadian Junior Curling Championships.

“It is such an honour to do this with my family,” interjected Jordan. “With my dad as our coach, my mom as our manager – she does so much for our team that the term manager does not give what she does for us justice – my brother is our skip, and now my cousin as our fifth. I am very grateful to have this experience with them,” he said.

Team Tardi won the provincial title (for the third time in a row) on home ice just before Christmas. That earned them a chance to defend their national junior title again in Quebec late last month.

Their second consecutive victory at the nationals has now earned them the right to compete again on the world stage.

So they’re off to Aberdeen, Scotland to compete from March 3 to 10, hoping to better last year’s fifth place finish at the world juniors in South Korea.

They’ll have little more than a day of their U.K. trip dedicated to sightseeing and they hope to make it count, explained Anita.

The boys are hoping to visit some castles in the area and the Tolbooth Museum – one of the oldest buildings in the area which houses centuries of crime and punishment history.

Asked if the boys ever worn kilts before, whether while playing or off the ice, Anita laughed.

“No, they have never worn kilts, and I don’t think there is an intent to start,” she said.

There won’t be much spare time between playing and travelling for frolicking around the countryside, Anita elaborated.

As soon as the competition is over, “then it’s back home so they miss a minimal amount of school,” Mom said.

In fact, between their triumph in Quebec and their upcoming trip to Scotland, there hasn’t been much spare time at home, either.

“They’re all trying to get caught up on school work, and Zac is busy working. Not much time to do anything other than school and curl,” Anita said, noting the boys are practising a couple times a week on their own and then together on weekends.

Shawinigan or Shall Win Again?

Asked to reflect on their recent trip to Quebec – and their experience off the ice, Anita said that three of the four boys felt the coldest temperatures they had ever experienced and a volume of snow bigger than they’d ever seen.

“They experienced the crunch/squeak of the snow, and they were blown away at the size of the snow banks and that the snow was up to the windows in the hotel,” said Mom.

Another highlights included the “fantastic” volunteers who involved with the national competition.

“ They were so friendly and followed up with all of us every day to see how the boys were doing. One volunteer in particular had a joke everyday – one day when we arrived he said that for our team, Shawinigan means ‘Shall Win Again!’ We were pretty happy that he was right.”

Getting ready to play in Scotland

So what’s be involved – in the month between Quebec and Aberdeen – in the way of training for the team?

According to the coach, training will remain the same.

The only difference will be that the boys will be brining their fifth, Jacques Gauthier in from Winnipeg for a training weekend, so they can practice with him.

“We are setting up some scrum games for the boys, but otherwise, they will stick to their usual training routine,” Paul said, feeling “pretty good” about the team’s abilities and readiness for what lies ahead in Scotland.

“The boys are ready. They know what they need to do, and it is just great to have another opportunity to represent Canada on the World stage. The boys fought hard in Quebec for the chance to wear the maple leaf on their backs, and they need to stay focussed, get some rest and then keep doing what they’ve been doing all year. The competition is tough at world’s and the boys just need to stay in their zone.”

The local team members were asked to talk about how they’re feeling about the challenges that lie ahead for them in Scotland.

Tyler said he’s “super pumped to go back again,” to the worlds.

“There’s no words that can explain what its like when you earn and put on a Maple Leaf. I am so honoured to go back again. Last year I think we over did it. We played a lot of events prior to Korea, and I think we were all mentally drained from all the curling we did,” Tyler recounted.

“Now we are taking it a bit easier, and I am thinking that will help out with our mental and physical stamina, improving our decision making in Scotland. We struggled a bit in Quebec, not going to lie. But overall we had great resilience and fought back and won some games we shouldn’t have necessarily won which really showed how hard we were willing to fight back to defend our title.”

“I am very excited to go and play at the world juniors for the second year in a row,” said the curler out of New Westminster, who originally hails from Fort St. John.

“Since Canada is such a tough curling country, with lots of strong junior teams it is very humbling to have this opportunity again,” Sterling said.

“I feel like we have learned from our experiences last year and are more prepared to compete on the world stage. Our play at the Canadian juniors this year reassures me that we have all of the skills and strategies needed to perform well in Scotland; it’s just a matter of putting it all together at the right time, and I know we will do everything we can to make sure that happens.”

Jordan admitted winning a national title and representing Canada on the global stage was always a dream of his.

“Looking back at the week in Shawinigan, I am very proud of the way that our team was able to come back after two tough games and rally back, play well and make it to a tie breaker for the chance to stay alive in the competition. We pushed through and never gave up,” he recalled.

“But never in my wildest dreams did I think that I would have the opportunity to represent Canada twice in my junior career,” said the 21-year-old who is aging out of junior play at the end of this season. 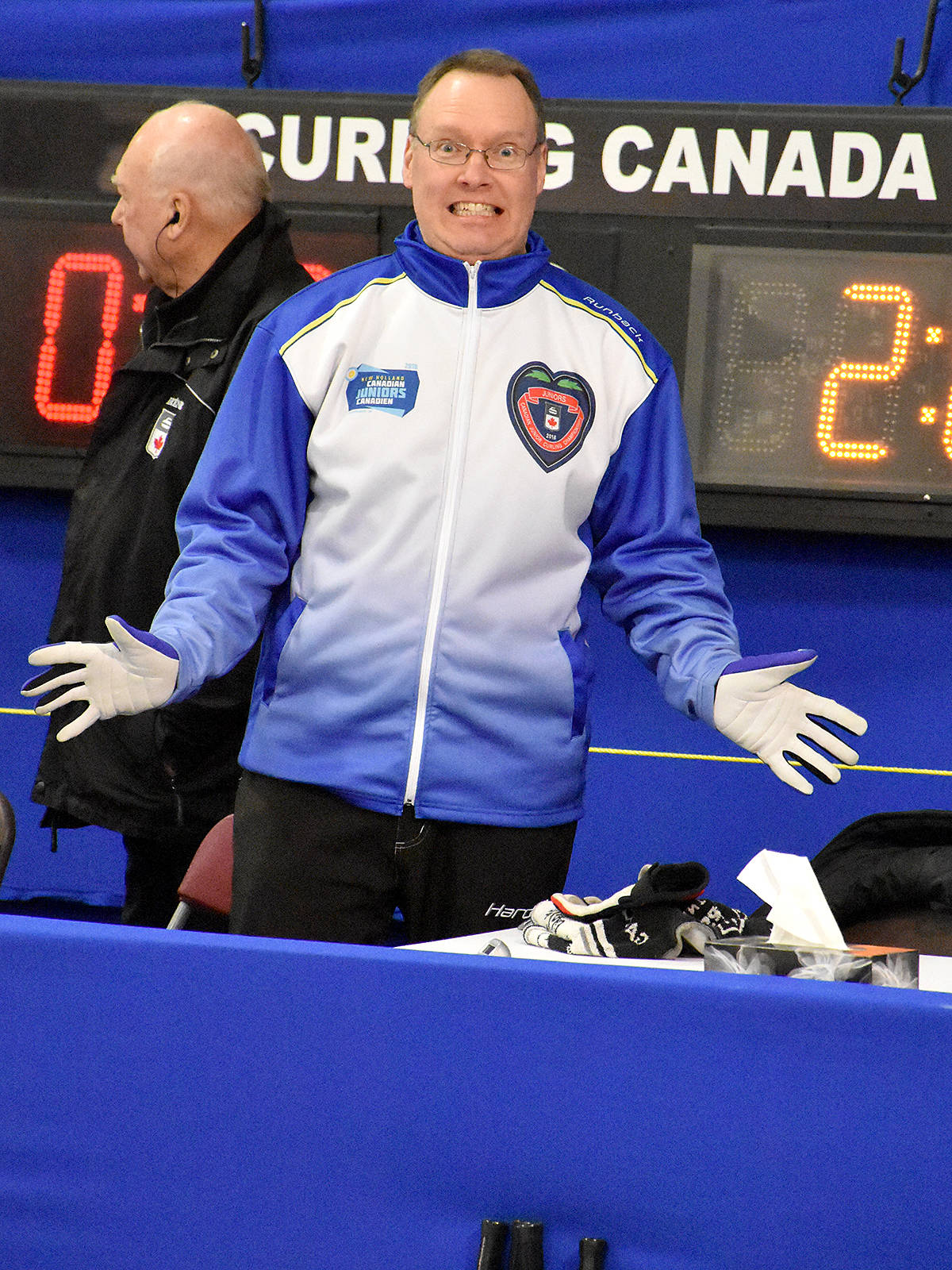 Paul Tardi is coach of Team Tardi. (Special to the Langley Advance) 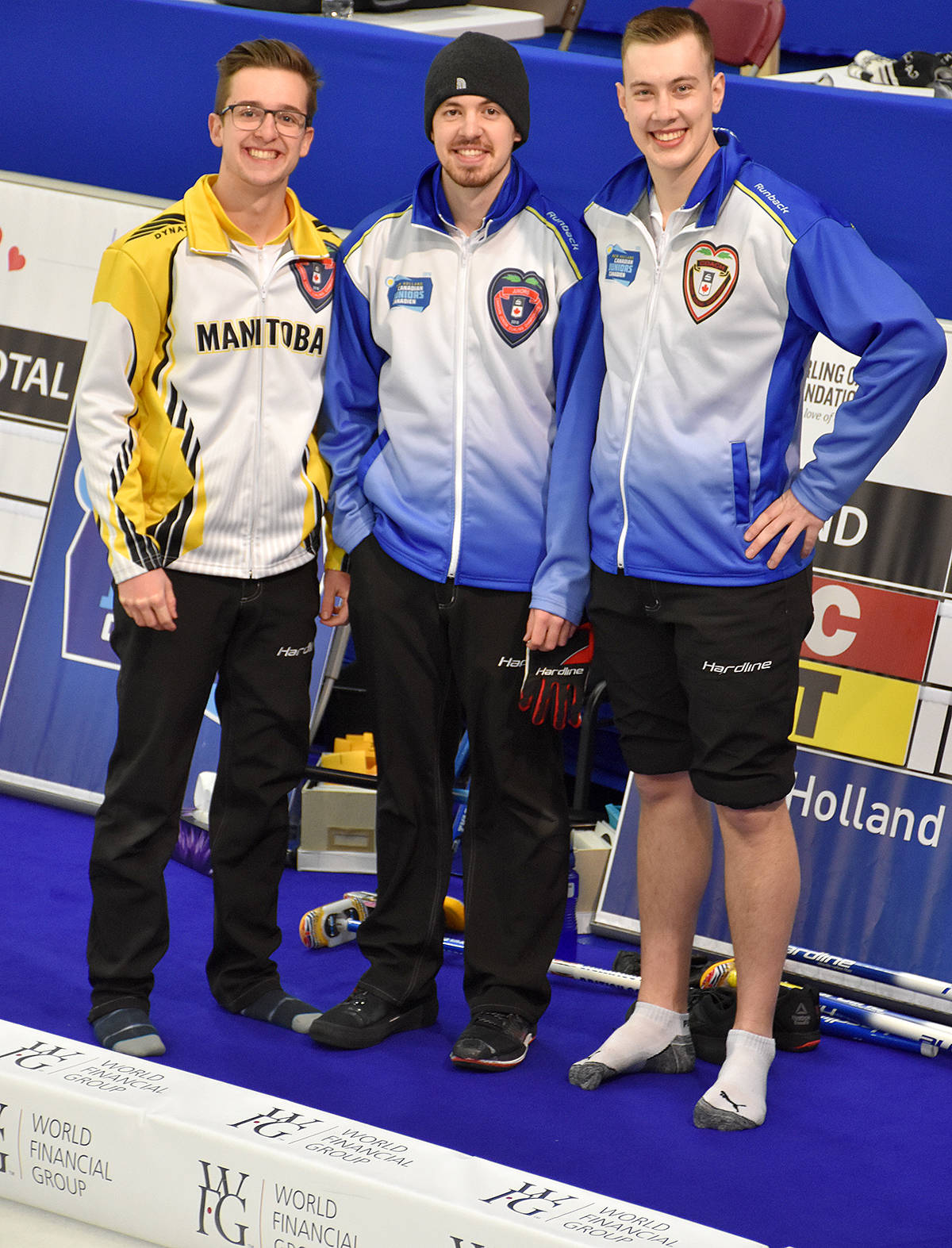 Jacques Gauthier of Manitoba had a chance to visit with his cousins off the ice during the junior nationals in Quebec. Now, he’s joining his relatives Tyler and Jordan Tardi as a fifth at the world juniors in Scotland next month. (Special to the Langley Advance) 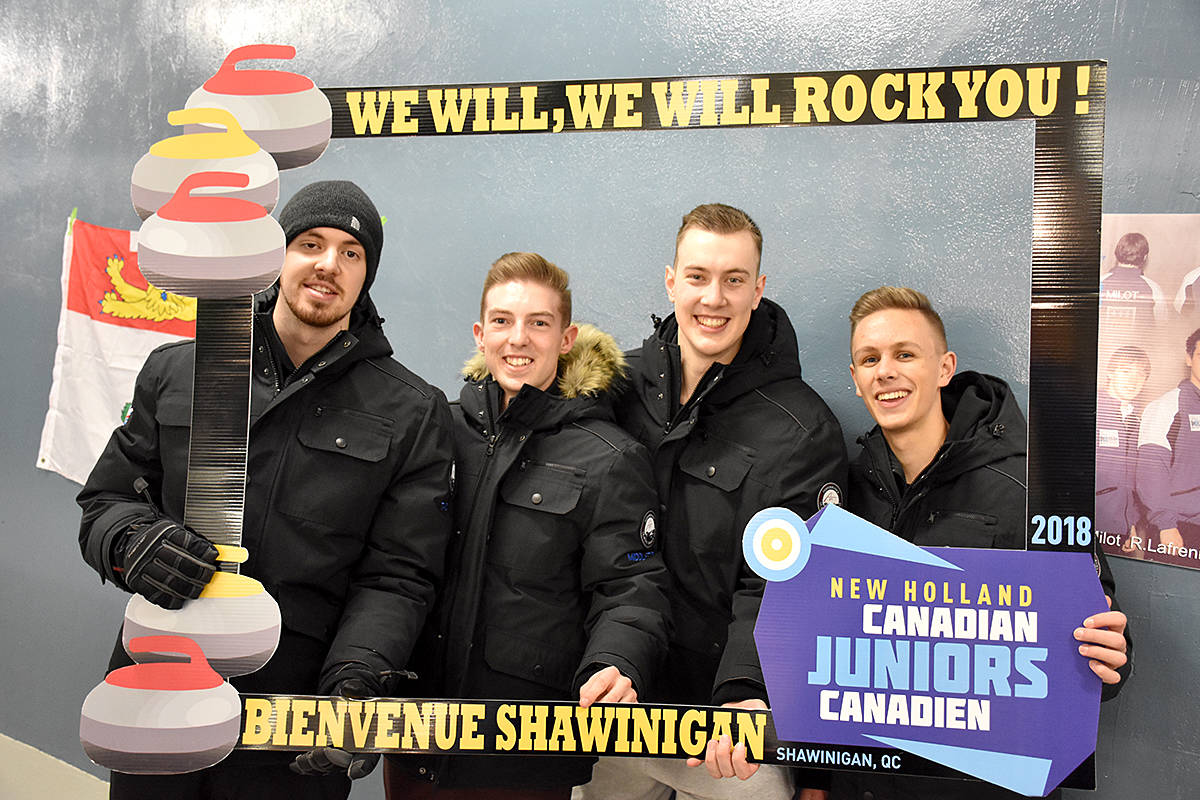 Team Tardi, now sporting the maple leaf as Team Canada, is off to the world junior curling competition in Scotland. They earned that title in Quebec last month, after “rocking it” at the nationals and winning their second consecutive Canadian title. That included Tyler Tardi (left), Sterling Middleton, Jordan Tardi, and Zac Curtis. (Special to the Langley Advance)

VIDEO: Catching up with Dallas Smith