To celebrate Canada’s 150th birthday, Trading Post Brewery has partnered with one of B.C.’s oldest establishments to create a truly Canadian beer.

The 1867 Golden Pale Ale, made in collaboration with the Fort Langley National Historic Site, officially launches on May 20 at the inaugural Fort Langley Beer + Food Festival.

A preview of the new beer was given on Wednesday afternoon (May 10) inside the the Big House at the Fort by the Trading Post team and costumed interpreters.

“We went through a bunch of different ideas at the beginning of what kind of beer to make, and what might have been historically accurate… so finally we settled on doing a type of beer that is going to be served through the summer months,” explained Tony Dewalt, master brewer at Trading Post.

“It’s going to be light and sessional, and feature hops from the BC Hop Company. It’s a unique hop that only they brew called Lumberjack.

“So I think you’ll notice when you drink it that it has a lovely deep maltiness with a barely there hop balance. You’ll notice mangoes, citrus and a certain amount of flower.”

The beer will be available this summer on tap at lelem’ Arts and Cultural Cafe in Fort Langley, and in liquor stores throughout the Fraser Valley. 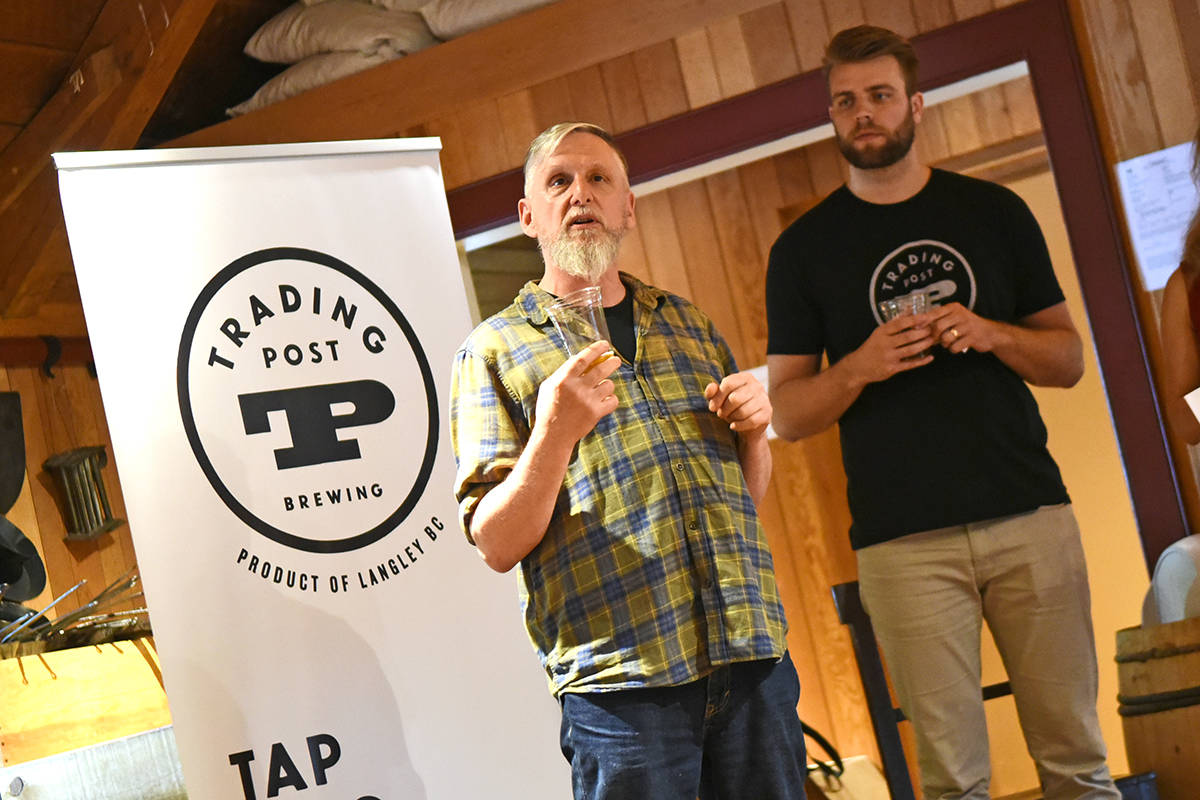 VIDEO: The 30th annual Canadian Festival of Chili and Barbecue is underway in Langley City