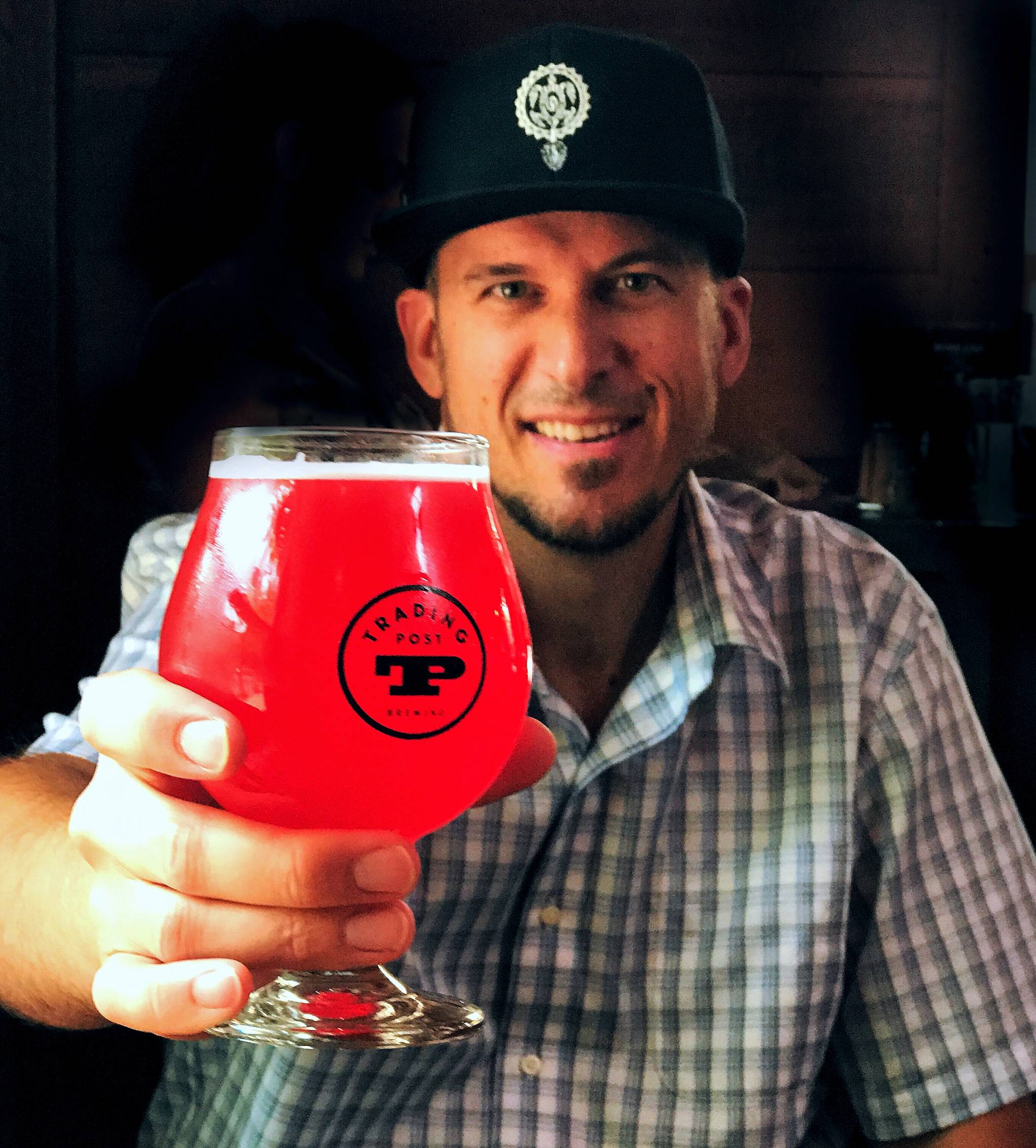 Langley resident and B.C. craft beer enthusiast is hosting a contest that has helped raise more than $7,000 to help fire victims. This picture was taken at the Trading Post Taphouse and Eatery in Fort Langley where he was drinking their newly released Captain Coopers Tart Cranberry Ale. Theresa LaHay photo

A Langley man with a love for B.C. craft beer who runs two popular Instagram accounts dedicated to the sudsy drink has raised more than $7,000 and counting for B.C. wildfire relief.

Tim LaHay, who has lived his whole life in Langley, became a huge fan of the craft beer scene in B.C. about six years ago.

“I knew that I wanted to play a role in it somehow so I created two Instagram accounts, @crafttourist and @bccraftbreweries. The craft tourist account focuses on promoting B.C .as a craft beer and outdoor lifestyle travel destination.

“I visit breweries, chronicle my hikes and share my experiences. I recently organized a group hike at Buntzen Lake that 40 people attended and we raised $150 and collected four big boxes of food for the Langley Food Bank.”

The @bccraftbreweries account has an objective to keep locals informed about the steady flow of new beer releases, festivals, cask nights, job opportunities etc from the 135 plus craft breweries currently in B.C.

LaHay decided to use his platforms to raise money for fire victims.

The 43-year-old recently launched a massive giveaway contest with prizes being donated by 22 craft breweries, three beer festivals and a few other industry businesses.

To win a prize in the #bccraftcares fundraiser, entrants must make a donation to the Red Cross and email a screen shot of their donation amount to him. Then participants tune in every night at 8 p.m. or chance to win. Winners are contacted if they aren’t watching the live feed, he said.

LaHay is the restaurant manager at Redwoods, and participated in the successful Redwoods Drive for Relief fundraiser last week that raised $52,000 to help those impacted by the wildfires.

“I was really proud to be part of that,” he said.

The [money] I have raised through my @bccraftbreweries Instagram account pales in comparison but the generosity and community spirit that exists within the craft beer industry is definitely worth noting,” he points out.

Included in that generous spirit is Langley’s own Trading Post Brewery, he said.

While the Instagram accounts he has created haven’t gained him income, they have generated lots of perks to attend craft beer festivals.

He was a tasting judge at the Brew North Strong beer festival at the Abbotsford Air Show this weekend.

His Craft Beer Tourist account has 14,300 followes and was started in October 2016. His BC Craft Breweries account has 9,851 followers and started in January.

With that following, he just had Sneakers Sports Lounge in Abbotsford donate $1,000 to the fundraiser.