Everything is lining up perfectly for the move of the Langley Goodtimes Cruise-In to downtown Aldergrove on September 9.

All the required permits have been issued and the Aldergrove community is welcoming the event with open arms.

A capacity crowd at the public information meeting at the Aldergrove Legion on Thursday evening enthusiastically threw their support behind the event, which will bring as many as 100,000 people to this community for that day. Provided that the weather co-operates, the non-profit Cruise-In Society members told the audience that 1,300 or more vehicles will be parked here for the day, where the visitors will walk the main streets to inspect the wide range of vehicles.

“It will be our 21st year and we’re excited to have it in Aldergrove,” said Cruise-In president Wayne Patterson.

“The Township welcomed us with open arms and we looked at multiple places in the Township but when we walked here I thought Aldergrove was the best fit because of its wide streets and pathways.”

“This is a huge opportunity for Aldergrove, and it’s incumbent on us to make it a roaring success so they come back in future years,” said Wilson.

He said that the ABA will be holding a special clean-up on the Saturday prior to the event, and said “more volunteer help will help make it a better job.” People can sign up to get involved by “going to the aldergroveba.ca website and clicking on the green button.”

Patterson said there will also be “no parking” signs posted on the day before the event so that street sweepers can have the streets thoroughly cleaned for the exhibitors who start arriving Saturday at 5 a.m.

Fraser Highway will be closed to through traffic at 4 a.m. Saturday, Sept. 9, between 264th and 273rd Streets, as well as closure of some of the side streets such as 272nd Street.

Valley Traffic has a traffic management plan, approved by the federal and provincial governments, and will have a crew directing local traffic and visitor traffic.

The Saturday market will be held in the parking lot of the former Aldergrove Mall, and this will also be the location of the Cruise-In Swap Meet on the Sunday. There will be no road closures for the Sunday events.

There will be food vendors as well as port-potties at suitable locations throughout the Cruise-In area.

Patterson noted that all food vendors are charitable societies, so as not to compete too heavily with restaurants here, which “will be extremely busy. If you operate a restaurant you can expect line-ups — it will be your time to shine.”

Cruise-In shuts down at 4 p.m. on Saturday, and roads are re-opened to traffic at 7 p.m. to give the participants time to pack up and disperse.

Patterson said there is great interest from exhibitors as far away as the Interior, as well as close to home.

Ian Newby, of Aldergrove’s International Movie Services, is one of the local enthusiasts who plans to bring as many as 30 of his unique vehicles to the Cruise-In.

“I always brought vehicles to the Cruise-In when it was in Langley City but this is closer and I’ll save a lot on gas,” said Newby.

Newby has an extensive collection of military vehicles as well as classic cars, trucks and buses which he rents to the movie industry for film shoots. One of his newest acquisitions is a World War 2 25-pound field gun, which he hopes to have operational for Aldergrove Fair Days as well as the Cruise-In. 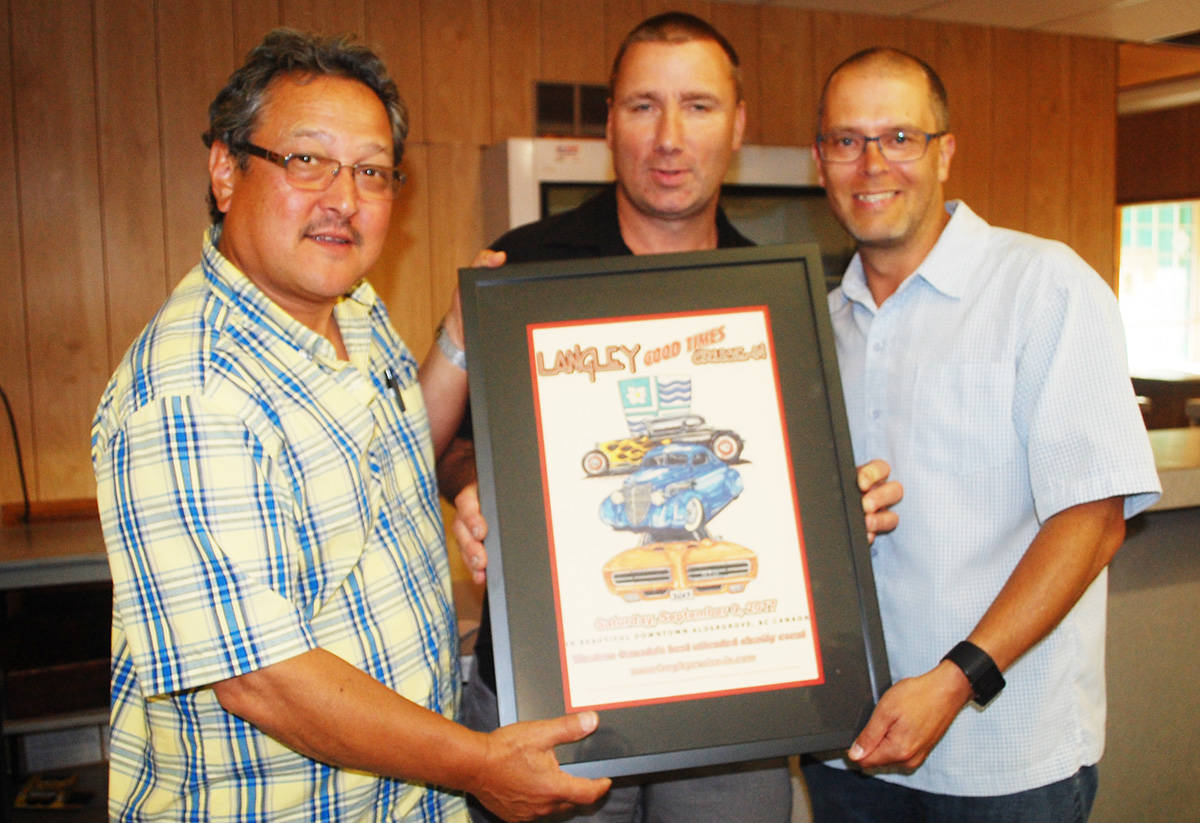