A Chilliwack sturgeon fishing guide previously convicted of illegal hunting and fishing in Alberta has been kicked off the water in B.C. until 2019.

Starting last summer, Visneskie and his wife Sophie Goupil ran Hooked Up with Screamin Reels, a Fraser River guiding company. It was his handling practices that he posted in videos and photos on the company’s Facebook page that got him into trouble. There were also posts of him with clients out on trips in the river from before he received his guiding licence on Aug. 26, 2016.

He also made false statements to obtain his B.C. hunting licence before he met the residency qualifications.

That proclivity to use social media also led to the trouble in Alberta. In that province, he faced 70 charges while Goupil faced 39. Visneskie pleaded guilty to eight of them, was fined $34,000 and banned for hunting for eight years and fishing for two years.

Goupil – who was present at an administrative hearing held at the Chilliwack Natural Resource office on Feb. 24 but was not subject to sanctions — faced 39 charges in Alberta. She pleaded guilty to four charges, was fined $16,000 and faced similar bans.

It took more than two months but in the end, associate director of fish and wildlife Mike Ramsay with the Ministry of Forests, Lands and Natural Resources cancelled every hunting or fishing licence Visneskie held as of April 30, 2017, and issued the two- and four-year bans.

The presiding judge in the Alberta case castigated the couple for not only violating the rules but for clearly doing it with pleasure, posting on social media.

“When you show off it means that you’re happy doing this,” Judge Karl Wilberg said, according to a SunMedia story dated Oct. 5, 2015.

“I agree completely that you can’t be trusted.”

The couple set up shop in Chilliwack last spring, and the local guiding community took notice.

Two fishing guides in the Lower Mainland expressed serious concern about the rule violations and convictions from Alberta, but neither would go on the record both pointing to the fact that Visneskie also faced six criminal code charges for weapons-related offences.

A number of members of the guiding community attended the administrative hearing in February.

A detailed account of the investigation and court proceedings from Alberta, including photos of the couple with illegally harvested animals, was written up in Western Canadian Game Warden magazine. The article was presented at his hearing in February by Conservation Officer Cody Ambrose as evidence of his past behaviour, but Visneskie refuted its contents.

“I don’t care what people say, I am not the guy in this article,” he told the hearing. He called the article, written by an Alberta Fish and Wildlife Officer, a “creative” piece “designed to sell magazines and for political purposes.”

Visneskie claimed he was the target of competitor guides in the Fraser River, and that’s what got the attention of the COS. But government ecosystem biologist Erin Stoddard testified the reason the new guide’s practices came to his attention was because Visneskie requested to be included in a tagging program.

“The potential for harm was high,” Stoddard said of various photos and videos showing clients of Visneskie forcing sturgeon to the bottom of the river or a boat ramp in ankle deep water.

Asked to comment in February on the Alberta convictions, Visneskie told The Progress only that he would be at the hearing with his side of the story.

“Obviously my experience with media has been negative,” he said via email. “They painted me as someone that I am not, and printed what fish and game desired to be printed.”

He did not respond to questions about his guilt or innocence of the Alberta charges, or about the social media posts from before his licence was issued in B.C.

He did not respond to an emailed request send May 26 to comment on the bans. 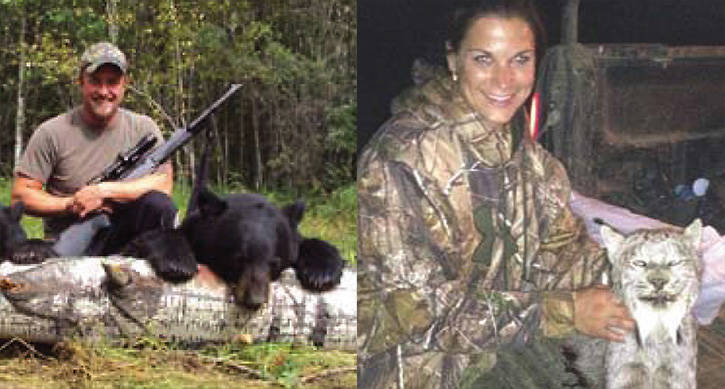 VIDEO: Take a tour of a beehive for Day of the Honeybee