Langley City is connecting with its citizens through townhall-style neighbourhood meetings.

The numbers of people coming out to meet with the council and chat with staff representing the various administrative departments suggests that they’re “doing it right,” said City Councillor Teri James.

“Before we just used to be councillors sitting at a table,” she added, noting that the more familiar surroundings of venues “in the neighbourhood” create a better connection between elected officials, city staff, and the people they serve throughout Langley City.

Coun. Rudy Stoorteboom also referred to the “more familiar, in your own neighbourhood” venue, saying he felt the ultra-local atmosphere was part of the successful turn-out of Thursday evening’s #LangleyCityConnects meeting at Blacklock Elementary School.

“We bring city hall to you,” he smiled.

Each of this year’s three #LangleyCityConnects meetings will be centred on two neighbourhoods.

Last week’s Blacklock school meeting was aimed at the Simonds and Blacklock neighbourhoods.

Residents were invited to browse stations set up by the various city departments to ask questions, learn more about their city and neighbourhood, and in some cases, sign up to volunteer and help out.

Volunteers Deb MacLellan and Val Frolander were there to offer information and seek help for the Crime Prevention Task Force.

“We come up with ideas to make the city safer,” said MacLellan, adding that volunteers can help spread the word by door-knocking, handing out pamphlets, and speaking to people about keeping neighbourhoods safe.

She talked about the city’s Nexus of Communities, and what the work being done to prepare the city for a future with SkyTrain, and the changes that will bring with it.

Next week, #LangleyCityConnects goes to Nicomekl Elementary on May 14, to cover the Nicomekl and Douglas neighbourhoods, and the following day, May 15, moves to Uplands Elementary for the Uplands and Alice Brown neighbourhoods. 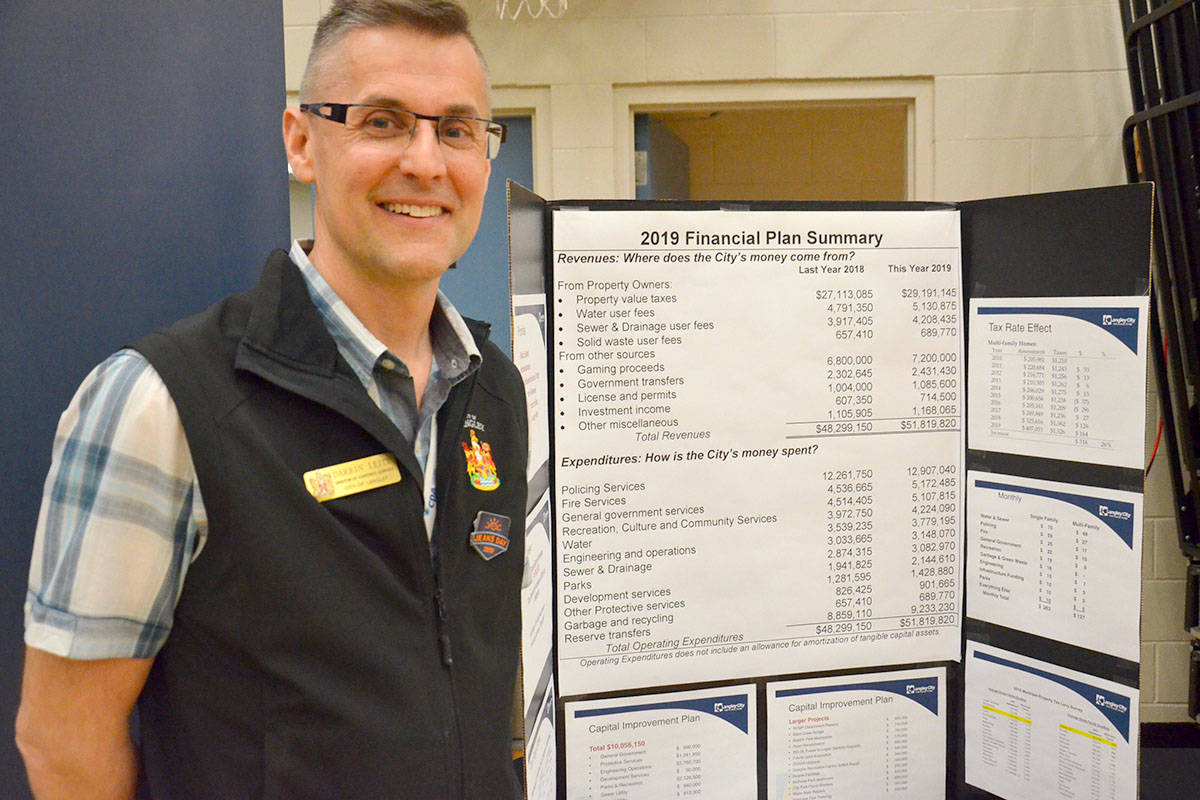 Director of Corporate Services Darrin Leite, who championed the 2019 Fionancial Plan at the Blacklock #LangleyCityConnects meeting, marked 25 years as an employee of Langley City on May 4. (Bob Groeneveld/Langley Advance Times) 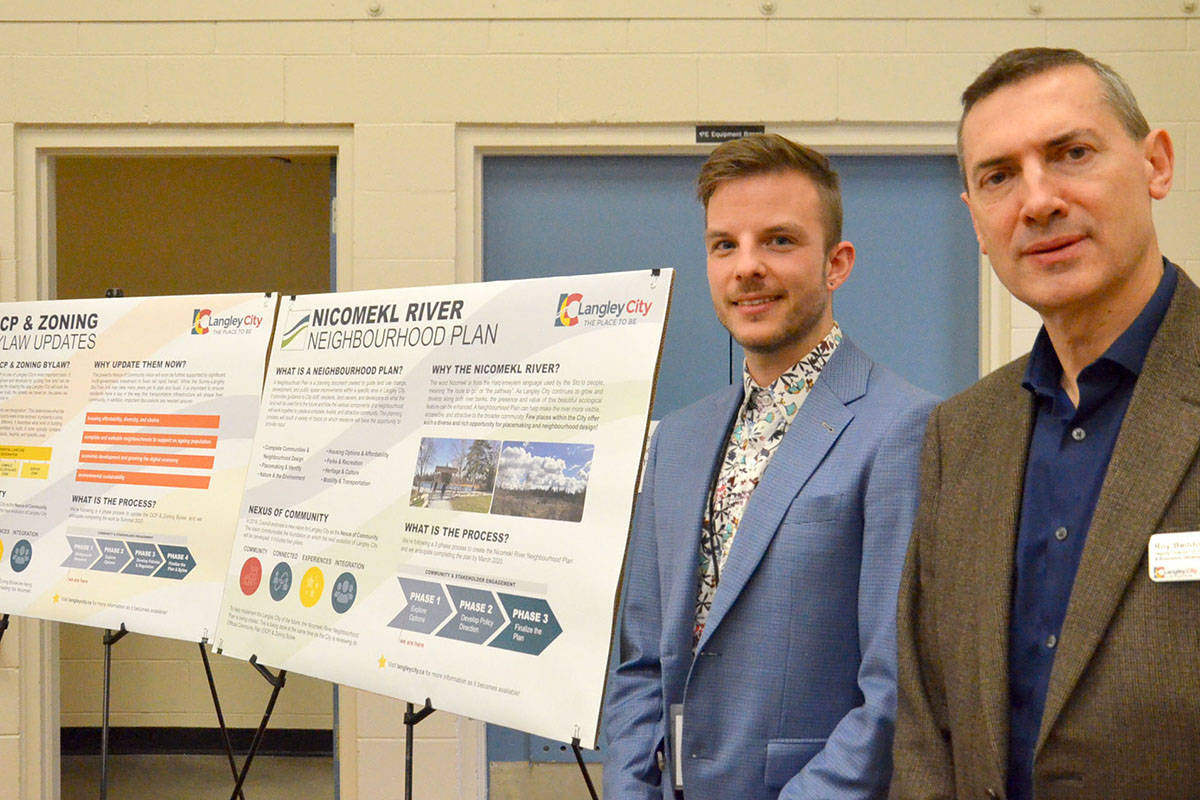 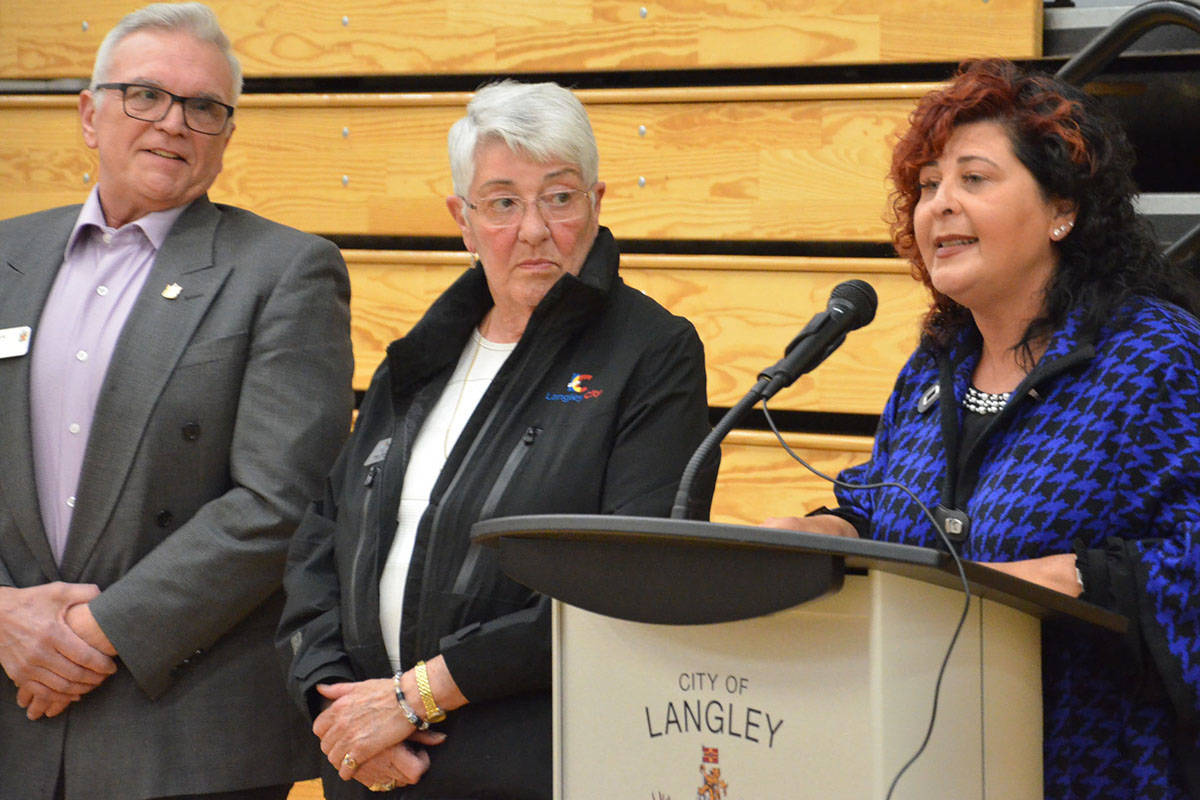 Mayor Val van den Broek opened the #LangleyCityConnects meeting at Blacklock Elementary School with her councillors, including Paul Albrecht and Gayle Martin, at her side. (Bob Groeneveld/Langley Advance Times)

Residents came out to hear from council and connect with their city at the May 2 #LangleyCity Connects meeting at Blacklock Elementary School. (Bob Groeneveld/Langley Advance Times)