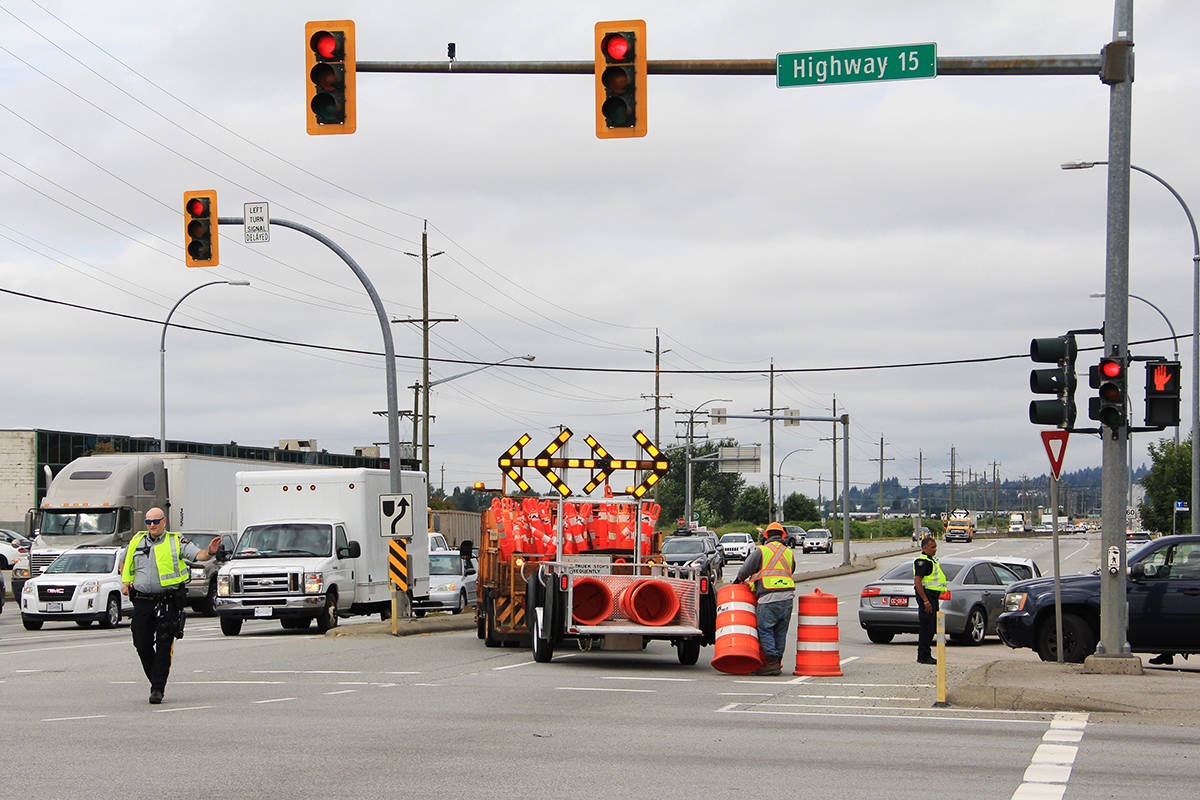 A pedestrian is ‘not expected to survive’ after a serious crash in Cloverdale July 16. At the time, police closed the westbound lane of Highway 10 between the 176th (Highway 15) and 168th Streets. (Photo: Malin Jordan) 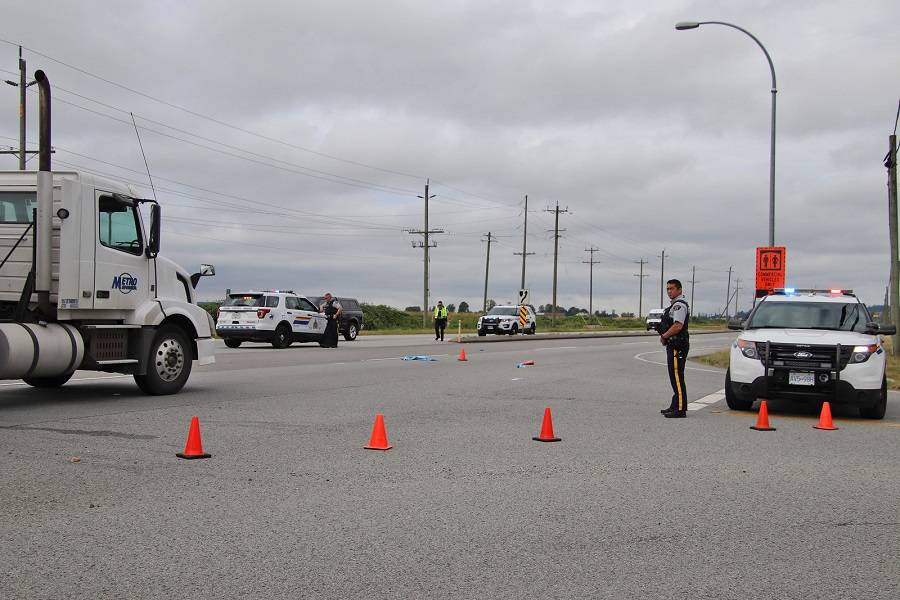 A pedestrian is ‘not expected to survive’ after a serious crash in Cloverdale July 16. (Photo: Shane MacKichan) 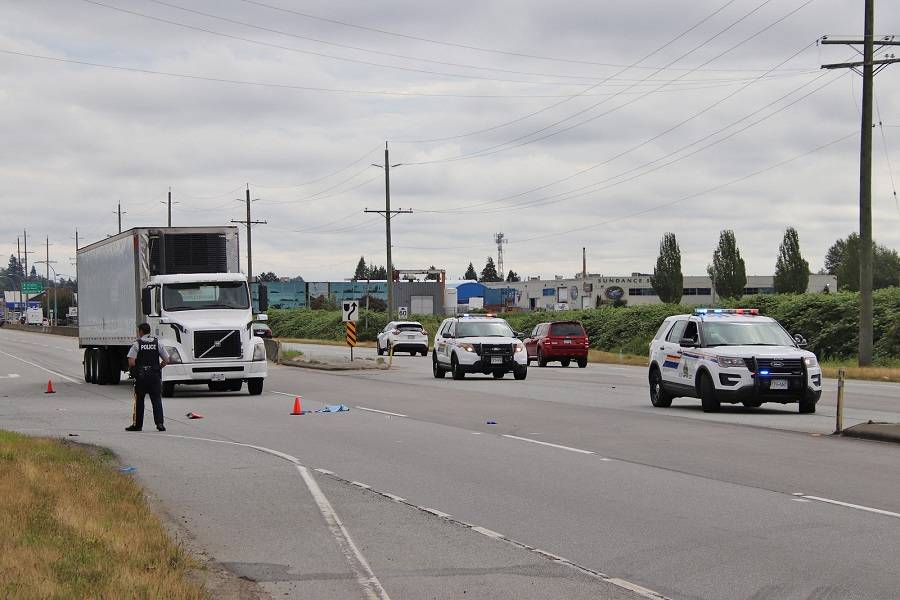 A pedestrian is ‘not expected to survive’ after a serious crash in Cloverdale July 16. (Photo: Shane MacKichan)

A pedestrian is still on life support after being hit by a semi-truck in Cloverdale July 16.

After some conflicting reports on the pedestrian’s health, police now say the adult male will likely succumb to the injuries he suffered.

“The victim is not deceased, but he is not expected to survive,” Surrey RCMP spokesperson Joanie Sidhu told the Cloverdale Reporter July 20.

The Surrey RCMP’s Criminal Collision Investigation Team is still working on the case.

“No charges have been laid, but the investigation is still ongoing.”

Police had closed the westbound lane of Highway 10 on July 16 between the 176th (Highway 15) and 168th Streets after what they said was a serious accident.

“Road closures are currently in effect as a result of a serious motor vehicle collision that occurred in Cloverdale,” Surrey Sidhu wrote in a release on the 16th.

Police said at about 9:41 a.m. the man was hit by a semi-truck at the intersection of 172 Street and Highway 10. The man was trying to cross No. 10 north to south when the westbound truck hit him.

“The semi-truck driver remained at the scene of the collision,” Sidhu wrote.

The road was closed for several hours.

Police are asking anyone with who witnessed the collision, or has dashcam footage, to please call Surrey RCMP at 604-599-0502. Anonymous reports can be made through Crime Stoppers at 1-800-222-TIPS or www.solvecrime.ca.