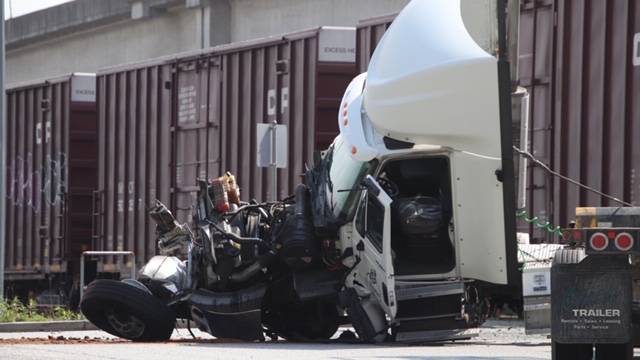 A train ran into a semi in Port Kells April 20. (Photo: Shane MacKichan) 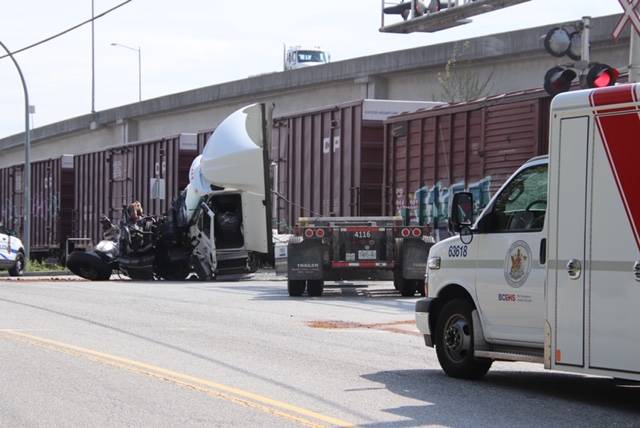 A train collided with this semi-truck in Port Kells April 20. The truck driver only suffered minor injuries in the collision, but was taken to the hospital “out of an abundance of caution,” said the Langley RCMP. (Photo: Shane MacKichan) 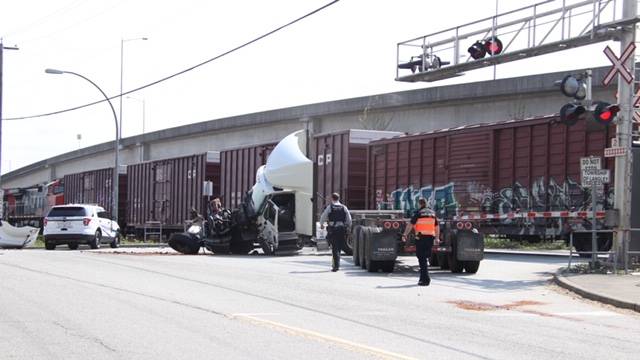 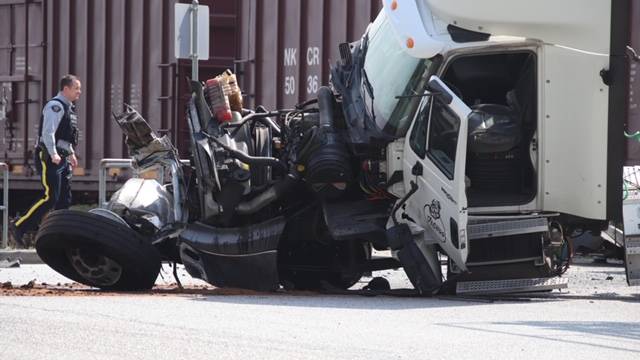 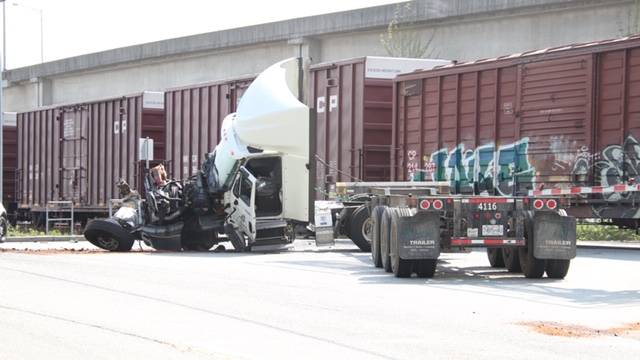 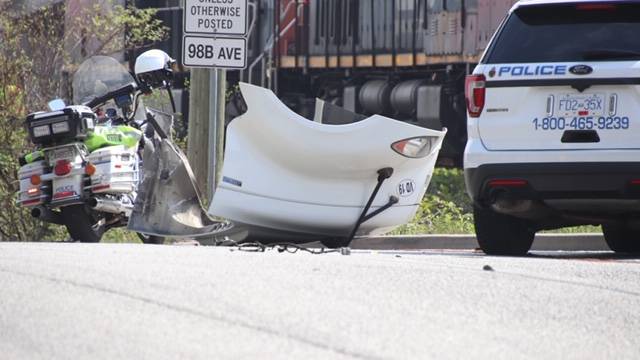 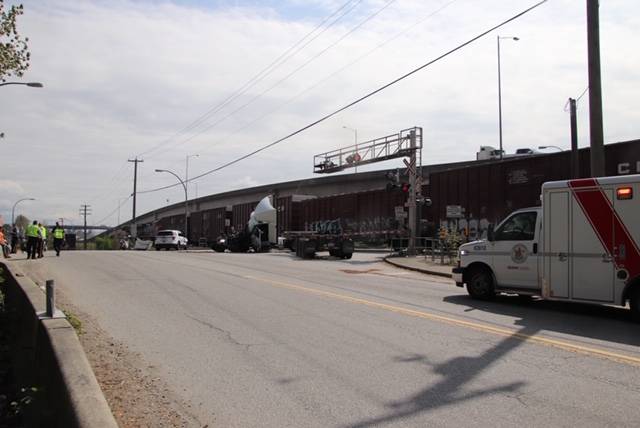 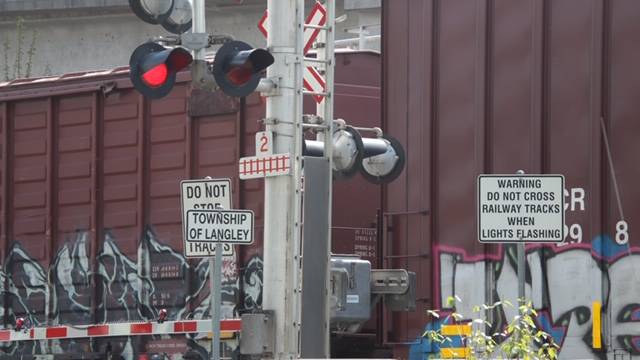 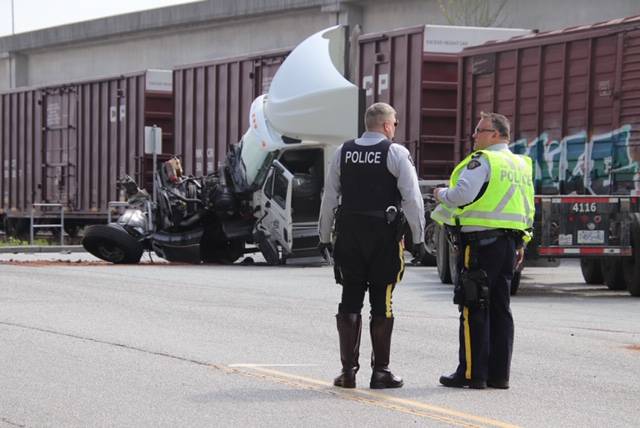 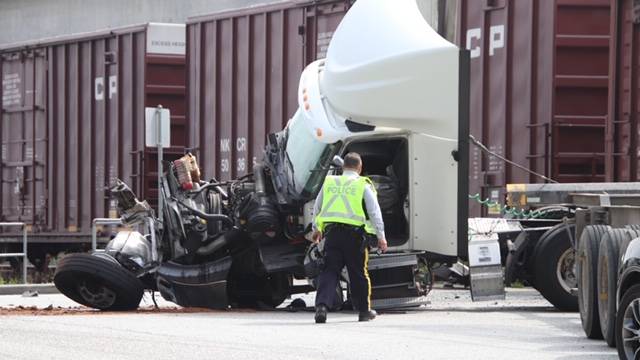 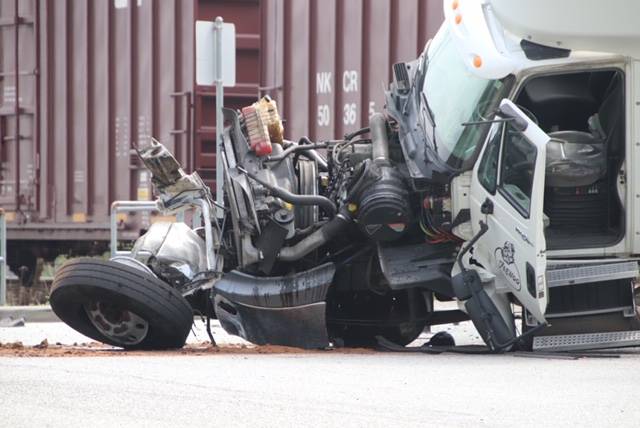 A freight train smashed into a semi-trailer in Port Kells April 20.

The locomotive ran over the front end of the truck, crushing the engine, but missing the cab.

Police say the driver of the semi suffered some minor injuries in the collision.

“Initially, the driver wasn’t even going to go to the hospital,” Cpl. Holly Largy told the Cloverdale Reporter. “However, he did get transported there for cautionary purposes.”

The train collided with a semi after the truck was stopped on the tracks around 11 a.m. near the intersection of Telegraph Trail and 98A Avenue. The truck was travelling southbound, while the freight train was moving eastbound.

According to a press release from the Langley RCMP, “The driver of the semi-truck had minor injuries and was taken to hospital out of an abundance of caution. He did not show any signs of impairment. Commercial Vehicle Safety Enforcement, Worksafe BC and CN Police are assisting Langley RCMP Traffic Services with the investigation.”

Largy said while the investigation into the accident is ongoing, police do not think there is a “criminal element to the collision.”