Only the voices of support for the Sexual Orientation and Gender Identity (SOGI) 123 policy in the Langley school district were heard at the board meeting Tuesday evening.

About 150 people rallied outside the school district head office before the regular board meeting. And when the meeting got underway, those who had asked to be on the agenda to speak against SOGI had withdrawn.

The province mandated changes to public schools after human rights rulings and court decisions. On Tuesday, Langley school trustees affirmed their commitment to following that lead.

She’s worked in schools around the United States and Canada since 1987, and has been in the Langley district for two years.

She is one of the staffers who ends up seeing the harm when students struggle with their gender identity and don’t feel safe in school.

Grade 7 students Mac Dykeman and Sydney Foxcroft spoke to the board, giving a student perspective. They noted that they wanted to challenge comments from those vocal against SOGI.

“We want to try and make our futures better,” Foxcroft said.

Dykeman, whose mother is school trustee Megan Dykeman, said they didn’t appreciate the lack of tolerance and disliked LGBTQ people being characterized as mentally ill.

The two helped create a card that was signed by some fellow students and staff at their school, Langley Fine Arts, to voice support for those who are LGBTQ.

Stacey Wakelin is one of those who created the group Langley Parents for Inclusivity to voice support for the school district and SOGI.

She said it’s one thing to show support for a cause on social media, but another to show up in person on a workday. She was so impressed with the number of people who took part in the rally.

Wakelin read letters from a handful of people, such as a transgender student who was afraid in school and afraid to even look at social media since “someone posted a picture of me with a noose around my neck.”

The letter noted that the very students anti-SOGI advocates are trying to “protect” are the ones who often bully LGBTQ students.

After the presentations and near the close of the meeting on Sept. 26, the board members expressed their views.

Trustee Alison McVeigh said when her family moved to Langley in 1987 it was a “very small quiet country town.”

“Tonight I’ve never been more proud to be a Langley resident,” she said.

Trustee Dykeman slammed SOGI opponents for misinformation and falsehoods that maligned educators and others.

She outlined the history of SOGI, which was implemented after human rights rulings and court decisions. It applies province-wide.

Trustee Rosemary Wallace noted that she is quite religious.

“It’s really hard on me when people use religion to hate on people,” she said. 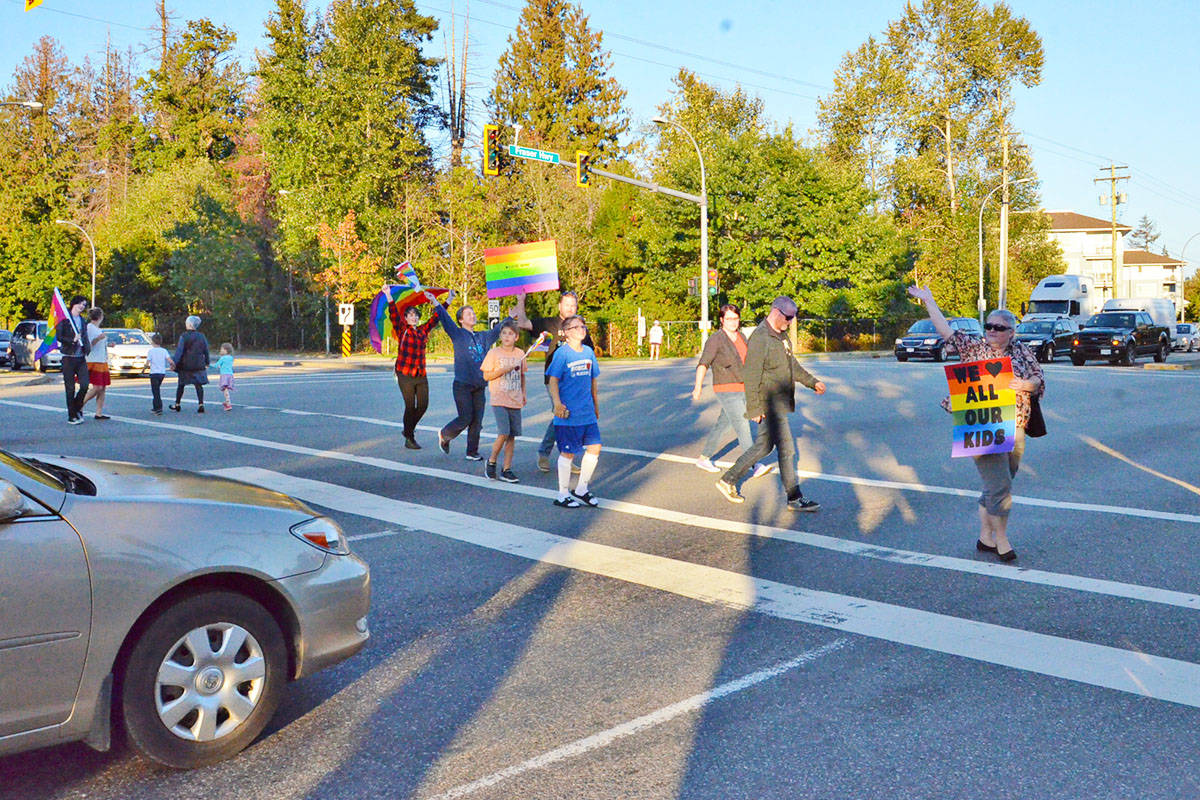 People at the rally on Sept. 26 carried signs and flags. (Heather Colpitts/Langley Advance) 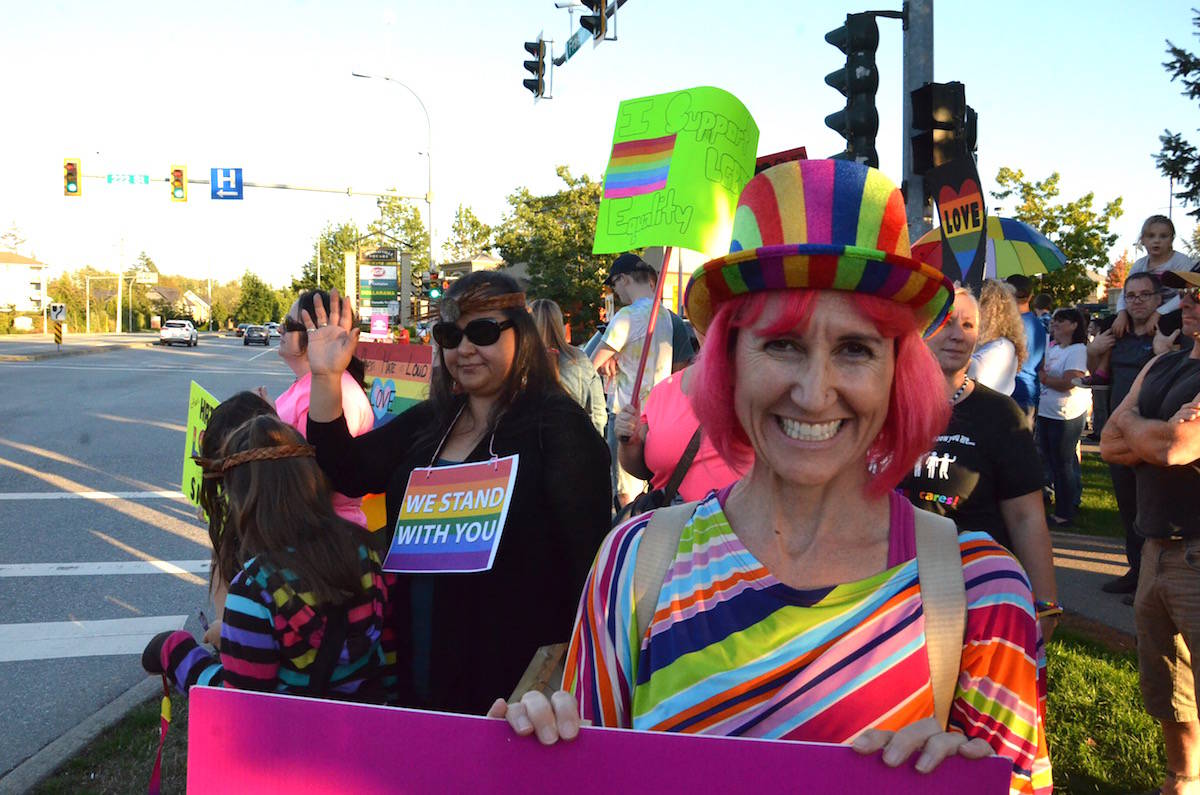 Nicole Roy lives in Maple Ridge but wanted to attend the rally in Langley in support of SOGI. (Heather Colpitts/Langley Advance)

VIDEO: Rally a rainbow of support for LGBTQ youth