The Aldergrove Kodiaks will take a well-deserved Christmas break with a win over the Langley Trappers under their belt.

The 4-2 win Wednesday at Aldergrove Credit Union Community Centre improves their standing to 35 points after 34 games.

Aldergrove took a 3-0 lead in the first period before Langley came back in the second period to make it 3-1 for Aldergrove. Langley notched one more midway through the third period on a power play but Kodiak Clayton Schroeder scored his second goal of the night at 18:04 in the third to take a 4-2 lead.

Langley pulled their goalie but the man-advantage was not enough as the Kodiaks kept the pressure up with Schroeder almost scoring a hat trick with a close shot on the empty net.

Scoring for Aldergrove is the first period were Justin Ralph on a power play assisted by Davin Padgham and Ty Pickering, Schroeder on an unassisted breakaway, and Tyler Cannon from Paulvir Dosanjh an Sydney Lee.

Schroeder and Pickering were the game’s first and second stars.

Wednesday’s result was mirrored by a 2-4 Kodiak loss to the Delta Ice Hawks the night before.

Aldergrove opened the scoring Tuesday at Ladner Leisure Centre, with a goal by Kodiak Dayton Spink just 41 seconds into the game. Pink was assisted by Hayden Vetterl and Lucas Thompson.

However, the Hawks scored the next four goals in the three periods before Kodiak Nate Castonguay scored unassisted on a power play late in the game.

The Hawks outshot the Kodiaks 29-25 and scored twice on six power plays while the Kodiaks scored on one of five.

The Kodiaks return to practices in the new year before taking on two of the top teams in the Pacific Junior Hockey League at the West Coast Classic at Richmond’s Minoru Arena.

The Kodiaks first take on the Delta Ice Hawks Saturday, Jan. 5 at 7 p.m., followed by the Richmond Sockeyes the next night, Jan. 6 at 7 p.m., with both games at Minoru.

The Kodiaks return to the Aldergrove Recit Union Community Centre on Wednesday, Jan. 9, 7:15 p.m. to take on the Port Moody Panthers. 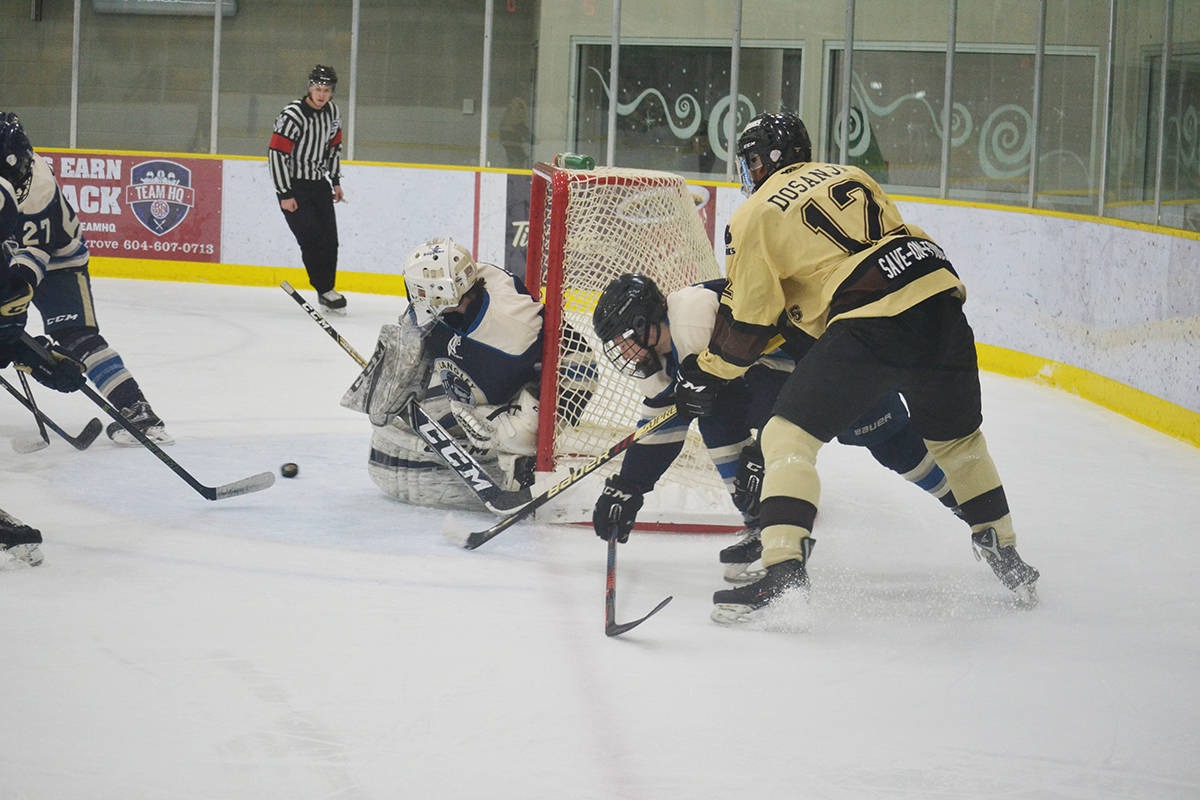 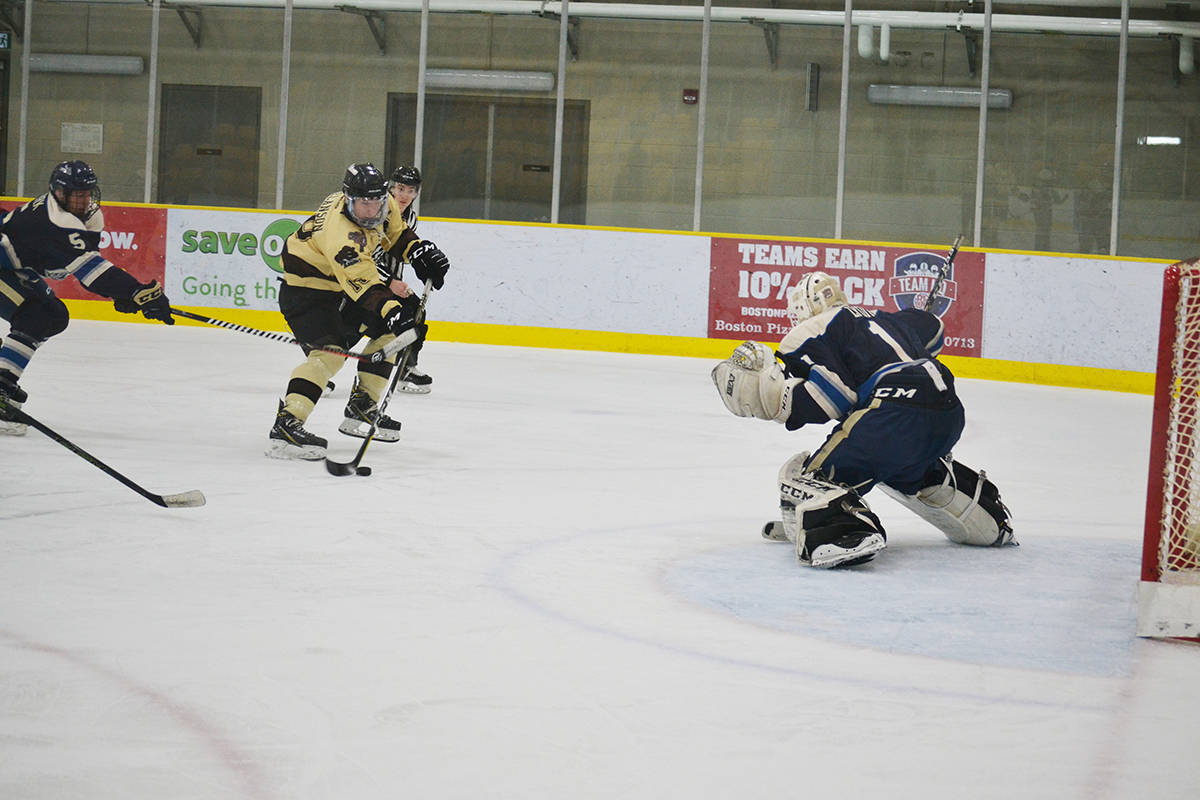 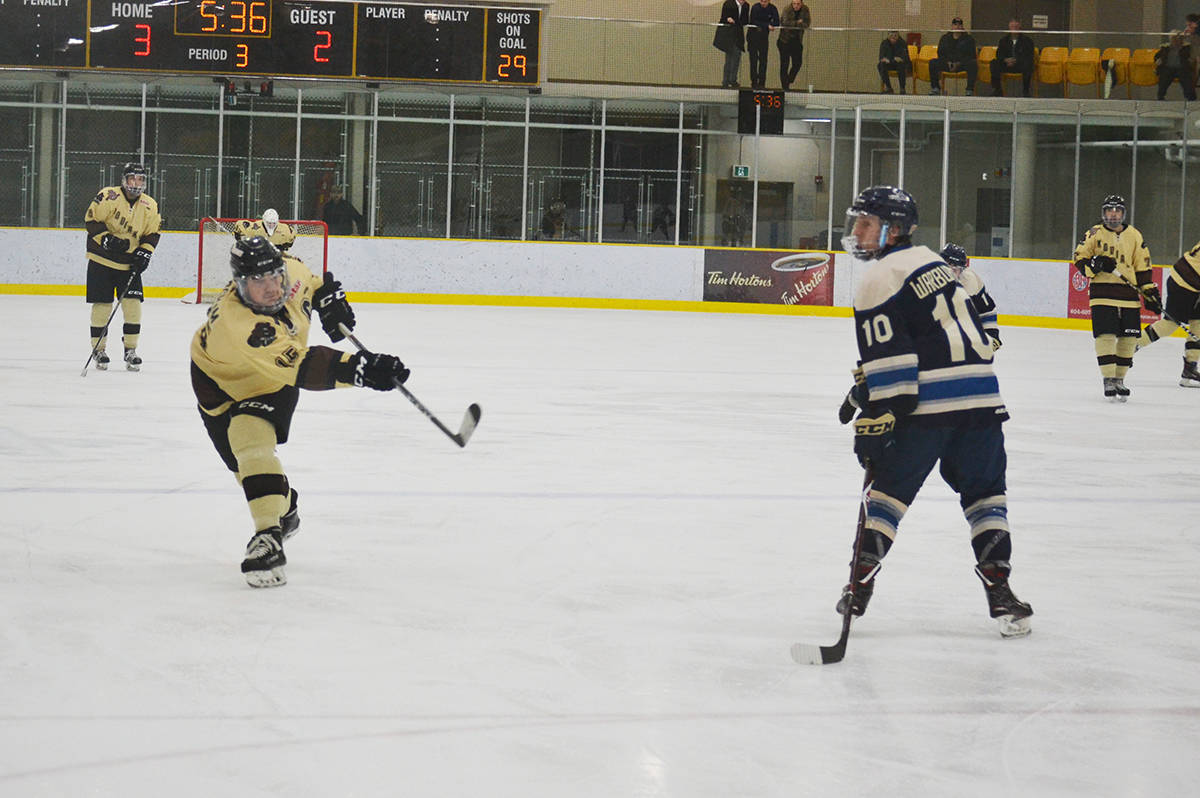 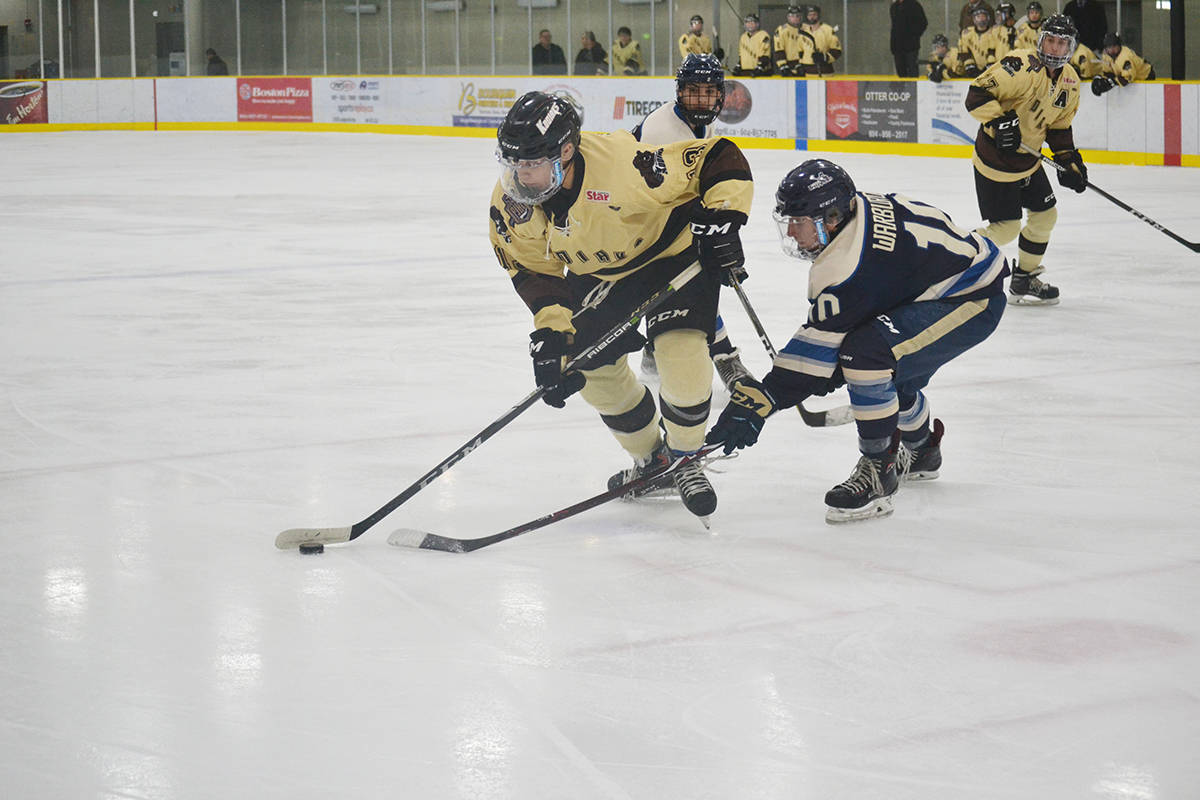 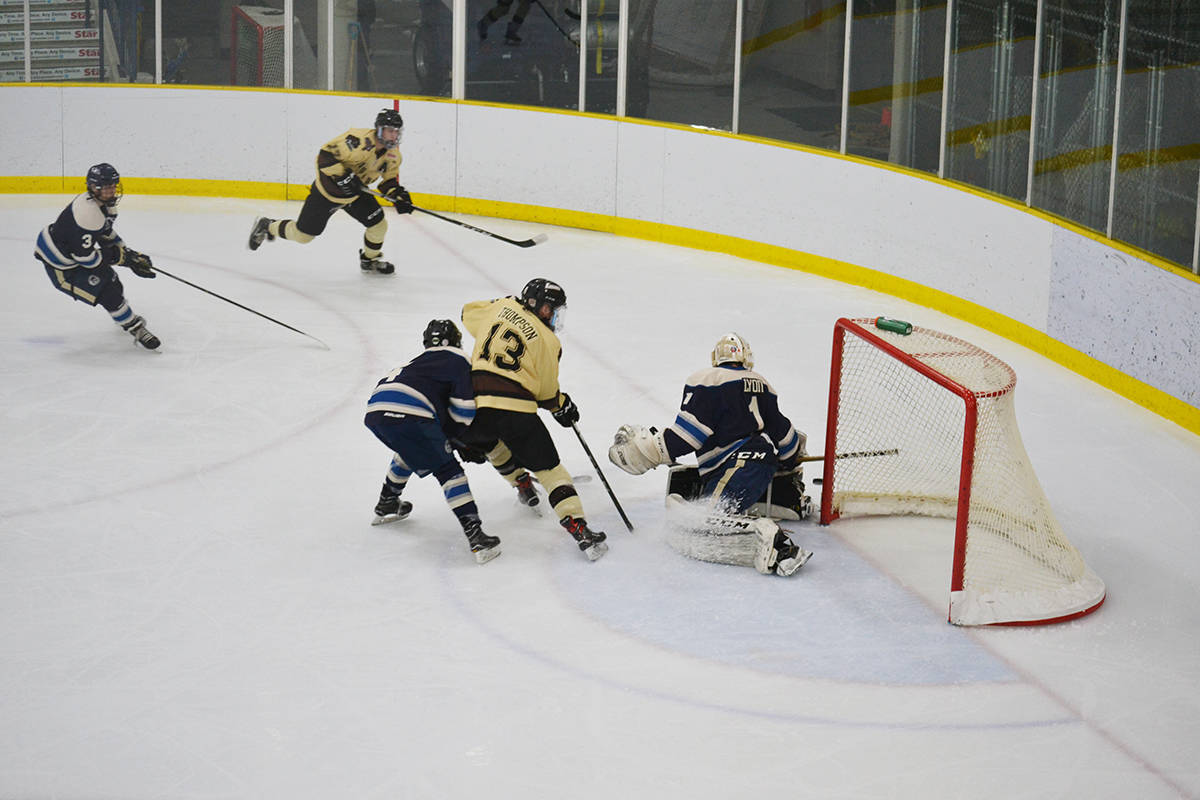