Now in its third season, the Aldergrove Basketball Club has revived the sport for many youths and elders in this community.

Spearheaded by Aldergrove Secondary (ACSS) alumnus Aaron Campbell, with the support of many like-minded parents and fellow basketball fans, the club draws as many as 70 youths to the large gymnasium at Aldergrove Secondary every Monday and Wednesday evening from 7:30 to 9:30 p.m.

Here, the ‘hoops’ fans, aged from Grade 5 to adults, can practice their dribbling and shooting skills on one court while the older boys play against each other on the other court.

It has helped to bring back the sport for the high school basketball season, resulting in a junior boys team last year, and this year the school will boast both a junior and senior boys team.

The school basketball season starts Dec. 1, and The Aldergrove Star will be reporting on the teams’ league play.

Campbell says that, unfortunately, most of the Aldergrove school’s female basketball players transferred to Brookswood Secondary because that school offers a strong basketball program, as well as French immersion, which is not offered at ACSS.

“Aldergrove Secondary will have a girls’ volleyball league team, however, there won’t be a girls’ basketball team this year,” said Campbell.

Campbell grew up playing for the ACSS Totems basketball boys during its glory days two decades ago and has been the driving force behind the resurgence of the school program here.

“We don’t want to see anyone excluded because they can’t afford it, so we work to make it accessible at no cost to all participants. We have alumni, many of whom are parents now like me, come in and mentor the kids so that they can develop the skills,” said Campbell.

“Our big ‘marketplace’ with over 60 indoor and outdoor vendors at the school two weeks ago raised almost two thousand dollars, and the carwash raised another $500. That was a huge help — it costs the club $350 just to enter a tournament, for example,” said Campbell.

There are no referees at the twice-weekly open gyms, but Campbell keeps a tight rein on the youths, to ensure there is no rough stuff on the courts and that everyone has a good experience.

“This is not hockey; there is no hitting allowed. We have to keep it clean or there will be consequences. So I make the calls on fouls and players must abide by the calls.”

Onlookers can see that the youths involved really do appreciate the camaraderie, sportsmanship and love of the game that is shared at the club’s open gyms.

Most are Aldergrove kids but the youths come from near and far, Abbotsford to Maple Ridge, and also includes exchange students from Brazil. It’s all about the game.

To keep up to date on the open gyms at Aldergrove Basketball Club join the Facebook page: https://www.facebook.com/search/top/?q=aldergrove%20basketball%20club 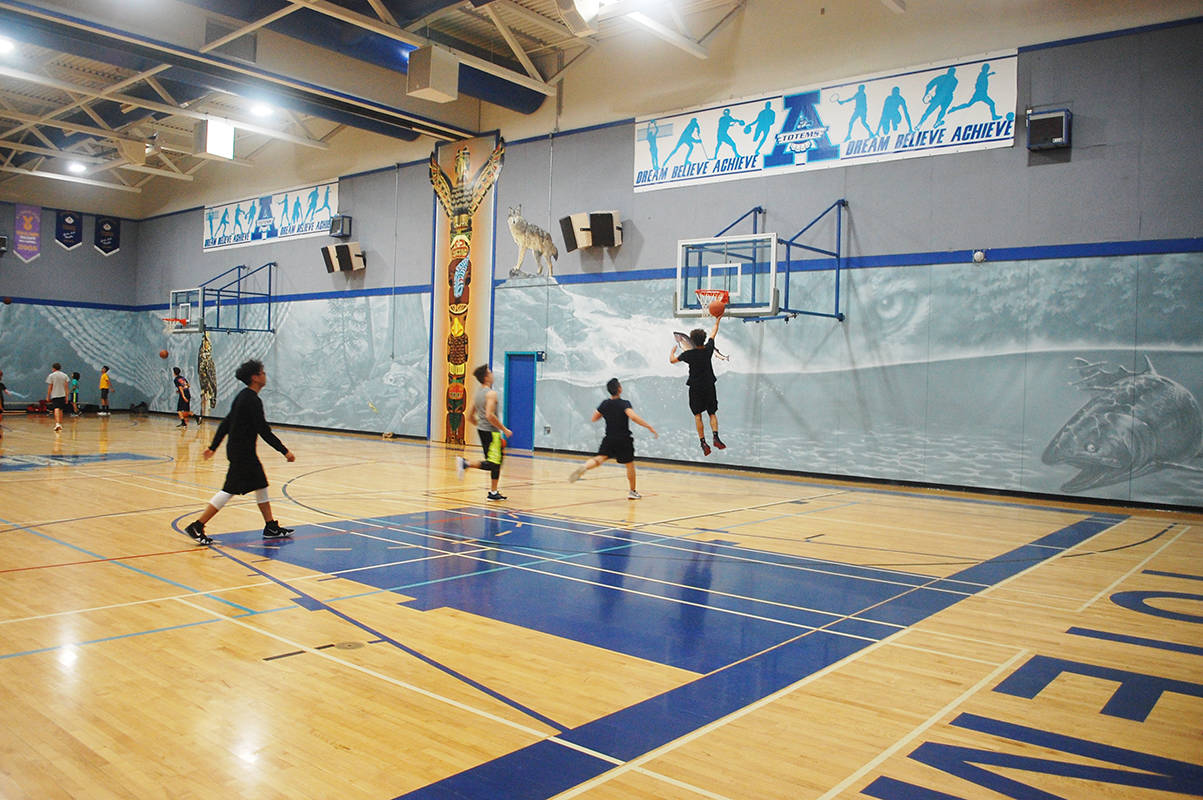 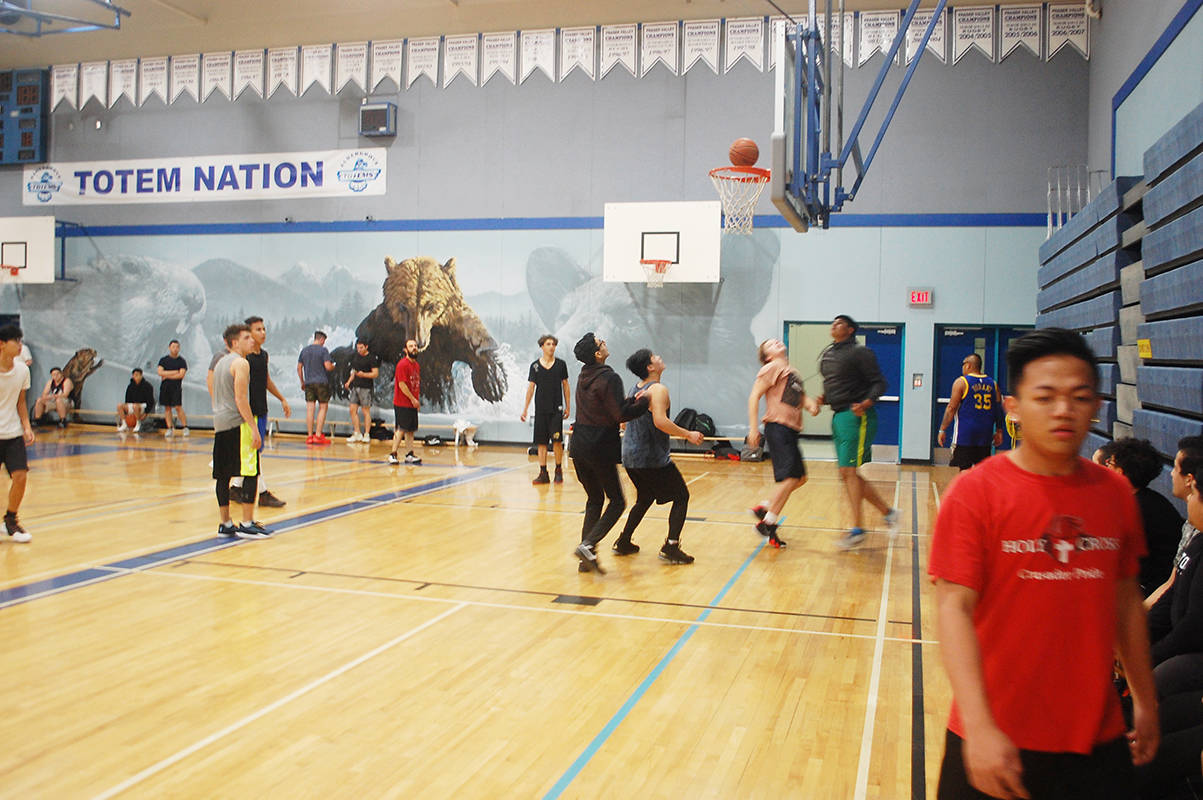 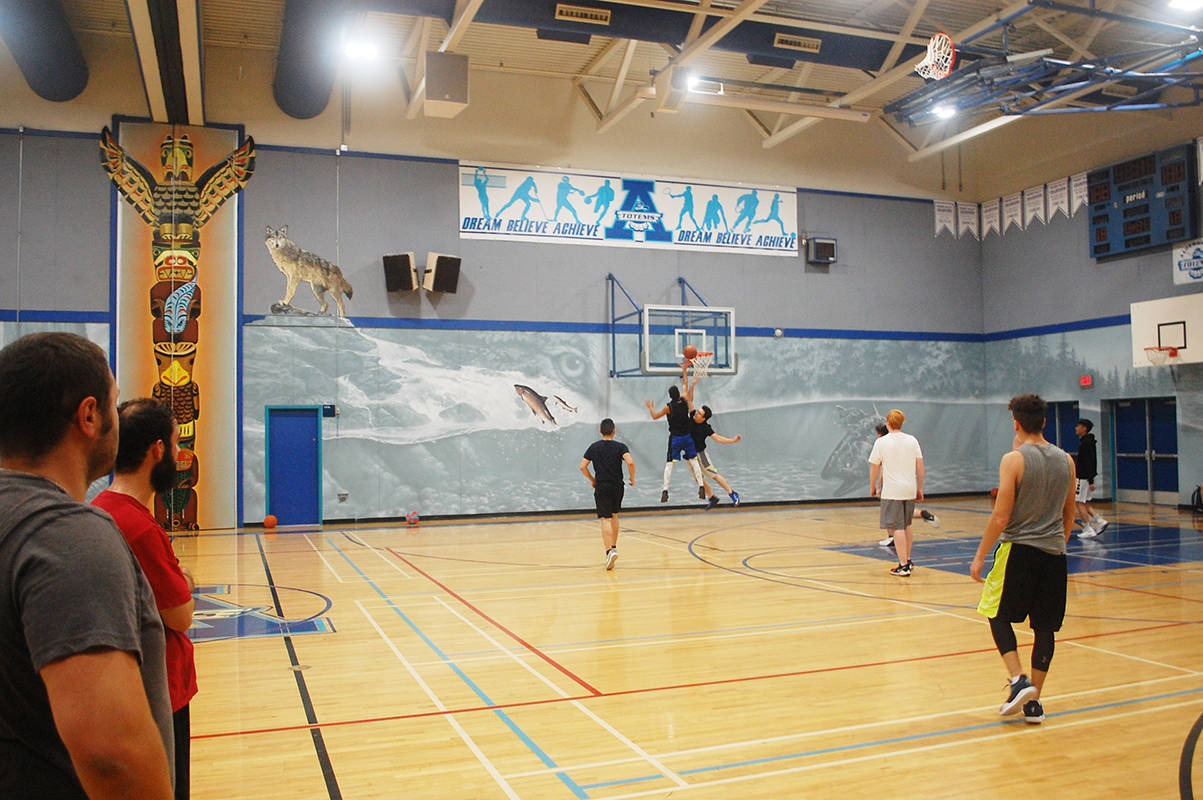 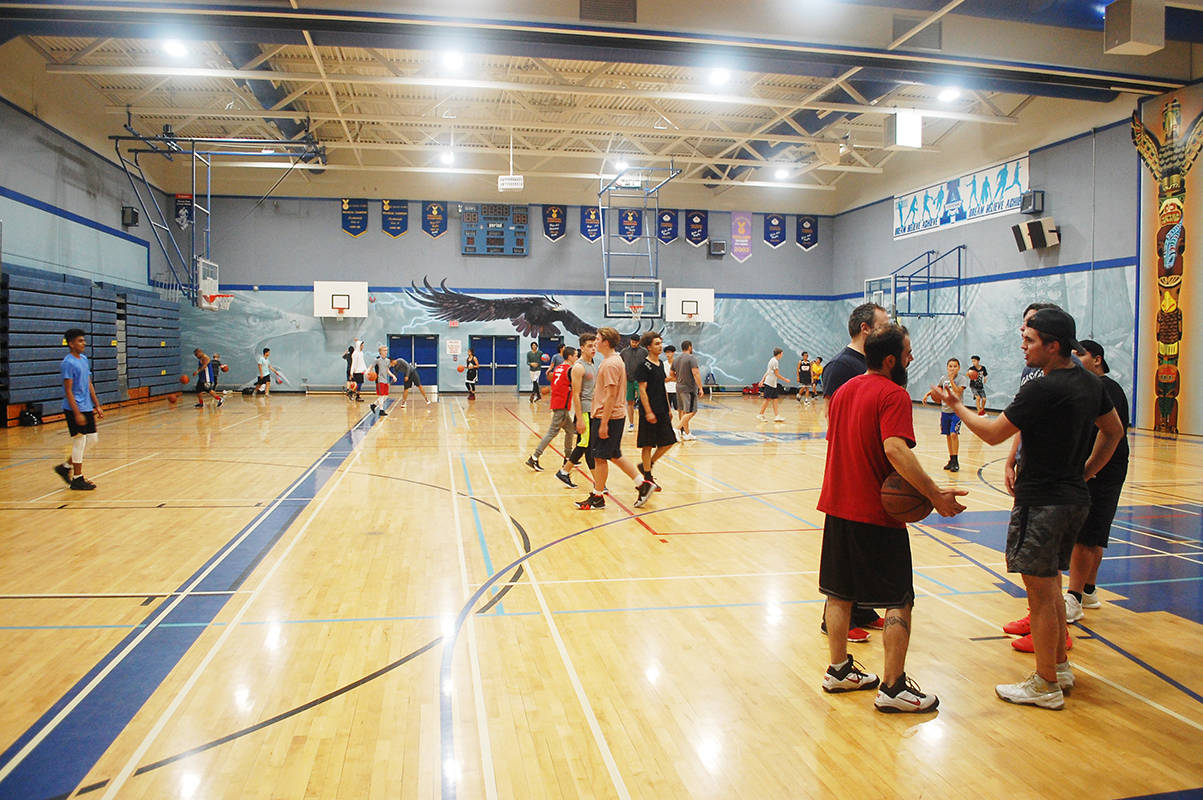