When the chicken’s on the grill, Otter Co-op customers know the cheque’s in the mail.

In fact, it’s the most anticipated time of the year for long-standing Fraser Valley organization, says Co-op Board President, Angie McDougall.

• $5.9 million: Each year, Co-op members share in the profits generated, based on how much they spent on fuel, groceries, clothing and housewares, farm supplies and more. This year, the total distributed amounts to more than $5.9 million!

“We’ve had a lot of success and a big part of that is our people – both our members and our staff, who put a real emphasis on service. We’ve had guests who have shopped with us for 70 years.” McDougall says.

“It’s also how local we are. Not only do proceeds stay right here in the community, but we’re also a big supporter of local sports teams and other groups.”

• 32,000+: Founded in 1922 by a group of Fraser Valley farmers who wanted to combine their purchasing for increased buying power, the 96-year-old Otter Co-op today boasts more than over 32,000 active members.

And its offerings are far greater than fuel and feed. The retail centre is home to a full grocery store, along with a fashion centre, pharmacy and home and hardware store, with the Co-op’s first liquor store also under way. A second pharmacy is in Abbotsford, there’s the Armstrong feed mill, and their gas bars can be found from Ladner to West Kelowna.

• 1,200: As a ‘thank you’ to customers, Otter Co-op hosts an annual barbecue chicken dinner, coming to the Retail Centre Sept. 7. The first 1,200 people will enjoy a quarter-chicken, with sides and a drink for just $5. The grill flashes up around 4:30 p.m. and will go until they sell out, McDougall says.

• 10: Not a Co-op member yet? It’s easy to join. A $10 lifetime membership fee is all it takes to start earning a share of the profits with every purchase – with profits shared yearly.

“We always like to remind the community that they don’t need to be a Co-op member to shop with us, but for a $10 lifetime membership and all that it offers, why wouldn’t you be?” McDougall asks.

So mark your calendars for the annual Otter Co-op Chicken Barbecue Sept. 7 and watch the mailbox for your share of the profits.

Also coming up Sept. 15 is the annual vendor festival, with a host of representatives in store wth samples. Try the latest from Johnsonville, House of Q, Western Bakery, Olivieri and more.

Learn more about Otter Co-op, including everything you need to know about membership, at otterco-op.com 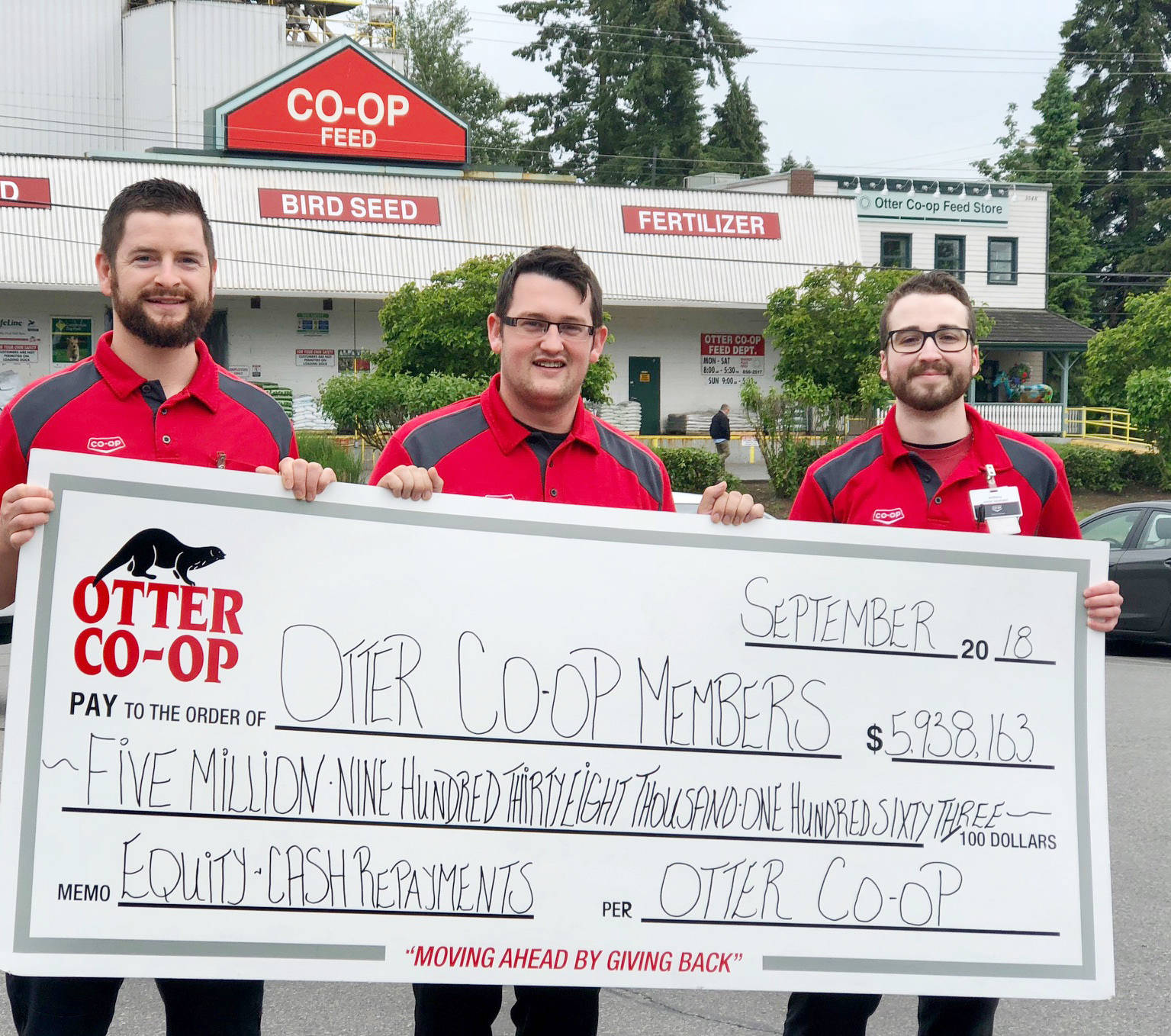 Otter Co-op members will share in $5.9 million of profits this year!

‘I am worth something’

Langley teacher witnesses coronavirus terror in Shanghai: ‘Everyone is on edge’

Wheel appears to not be moving at all

Sale was made at a New Westminster SkyTrain station in 2017

Green space could mitigate some of the risks, researchers found