Sunbeam Preschool isn’t the kind of place you visit for a year or two and then forget about. Take current director Kristin Pue for example — she went to the preschool herself when she was three and four years old, and the director in those years remained a family friend. A few decades later, when that long-time director was ready to retire, she encouraged Pue to apply.

“Every year we have at least a handful of families who went to preschool here decades ago, and are now bringing their own children,” Pue says. “Our goal has always been to provide a safe and caring environment for children while they’re away from their parents, so to get that support from past parents and children is wonderful.”

Since Pue became director eight years ago Sunbeam has seen significant growth in both attendance and services. In addition to a two-and-a-half hour pre-school for three and four year olds, the centre now offers full day childcare for children aged 30 months to five years. Pue says their programs regularly attract families from Abbotsford and Surrey as well as Langley, and there’s almost always a waiting list for preschool. Which is one of the reasons they’re planning a three-phase expansion of Sunbeam’s facilities.

Phase One has already begun: a large, interactive outdoor learning centre three times the size of the current playground.

“It’s a lot more nature based than the typical equipment-focused playground, and includes covered areas so we can be outside in all sorts of weather,” Pue says. “Children thrive outside — it’s where their imagination grows, and of course COVID-19 made the outdoors even more essential.”

The new space includes a trike path for bikes and other gross motor activities, a hill with a built-in slide and climbing wall, a sitting area for teaching and snack time, a vegetable garden and an open grass area to kick a ball around or play other games.

“It’s a space they can make their own, with opportunities to explore safe risk.”

Later this fall Sunbeam hopes to continue with Phases Two and Three — a classroom expansion, plus parking and storage. Pue says she gets calls at least once a week asking for infant and toddler care, and she hopes the expansion will allow them to offer services to children younger than 30 months.

“I’m a working parent too, so I know how big the need is. Being able to take a child from 18 months through to kindergarten, that’s exciting to me — to give them that safe place to grow.”

Sunbeam needs your help to fund the three phases of the project. Learn more and make a donation at sunbeampreschool.com/expansion. 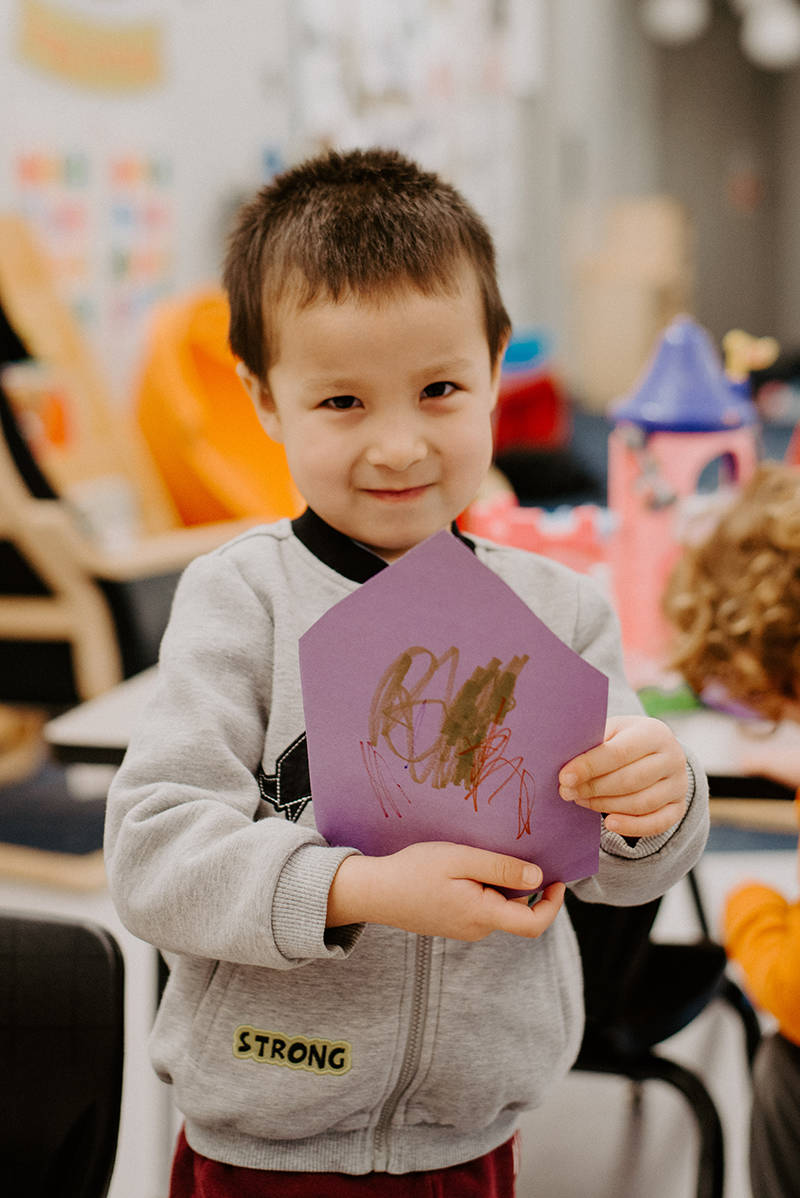 Sunbeam’s Director Kristin Pue says she gets calls at least once a week asking for infant and toddler care, and she hopes the expansion will allow them to offer services to children younger than 30 months.

Form + function: Why we love this modern take on a classic kitchen feature