What are you up to this summer? If you live anywhere near Langley City, chances are it will involve live music, movies and lots of family-friendly fun.

And better yet? It’s all free, and if you stop by the City’s booth, you can enter their summer #LCLive! campaign for a chance to win a $25 gift card – awarded weekly though Sept. 1!

Wednesdays and Fridays brings Lunch & Lounge at McBurney Plaza. With music in the background, challenge a friend to a giant outdoor game, or relax as the kids explore their creative side at the crafts station, all from 10 a.m. to 2 p.m.

Sounds of Summer: Showcasing music by local performers, enjoy free weekly Sounds of Summer concerts at McBurney Plaza. Watch for performances from 7 to 8 p.m. each Wednesday through Aug. 28!

Movies in the Park: Two favourite family films hit the outdoor screen this summer, courtesy of Movies in the Park. First up Friday, July 19 in City Park is Ferdinand. Beginning at 9 p.m., the film shares the story of the bull with a big heart, who, mistaken for a dangerous beast, is captured and torn from his home. Determined to return to his family, he rallies a misfit team on the ultimate adventure.

Friday, Aug. 30 brings A Dog’s Way Home, at 8 p.m. at Douglas Park. As a puppy, Bella finds her way to Lucas, a young man who gives her a good home. When the two become separated, Bella finds herself on an epic 400-mile journey to reunite with her beloved owner.

A cash-only concession is available.

Dancing in the Park: Wear your dancing shoes Friday, Aug. 9 for Dancing for Dessert, 7 to 9 p.m. at Douglas Park. Join the crew from the studio as they break out the dance moves in a variety of styles, or simply sit back and enjoy the music!

McBurney Plaza will be a hub for celebrity spotting Saturday, July 20 when Legends in the Plaza brings impersonators performing live from 11 a.m. to 3 p.m. Funded by the Downtown Langley Business Association, enjoy popcorn, a paparazzi photobooth, facepainting and performances from “Elvis,” “George Michael,” Dancing Queens – Abba Show and “Tina Turner.”

Friday, Aug. 2 brings the family-friendly Boppin’ in the Park to the plaza. With the band Damn Chandelier taking the stage from 6 to 8 p.m., enjoy cover music spanning the decades and genres, from rockabilly to art rock, Celtic to country. A paid concession will be available.

Magic in the Plaza follows Saturday, Aug. 10 from 11 a.m. to 3 p.m., featuring magic from Paul Romhany, Jason Verners and Travis Bernhardt from 2 to 2:45 p.m., plus magical balloon twisting, cotton candy, activities and more.

And for Shakespeare fans, Bard in the Valley presents A Midsummer Night’s Dream, July 18 to 21 and July 25 to 28 at Douglas Park Spirit Square. Directed by Darcy J. Knopp, performers take the stage at 7 p.m. Thursday to Saturday and at 2 p.m. Sunday. 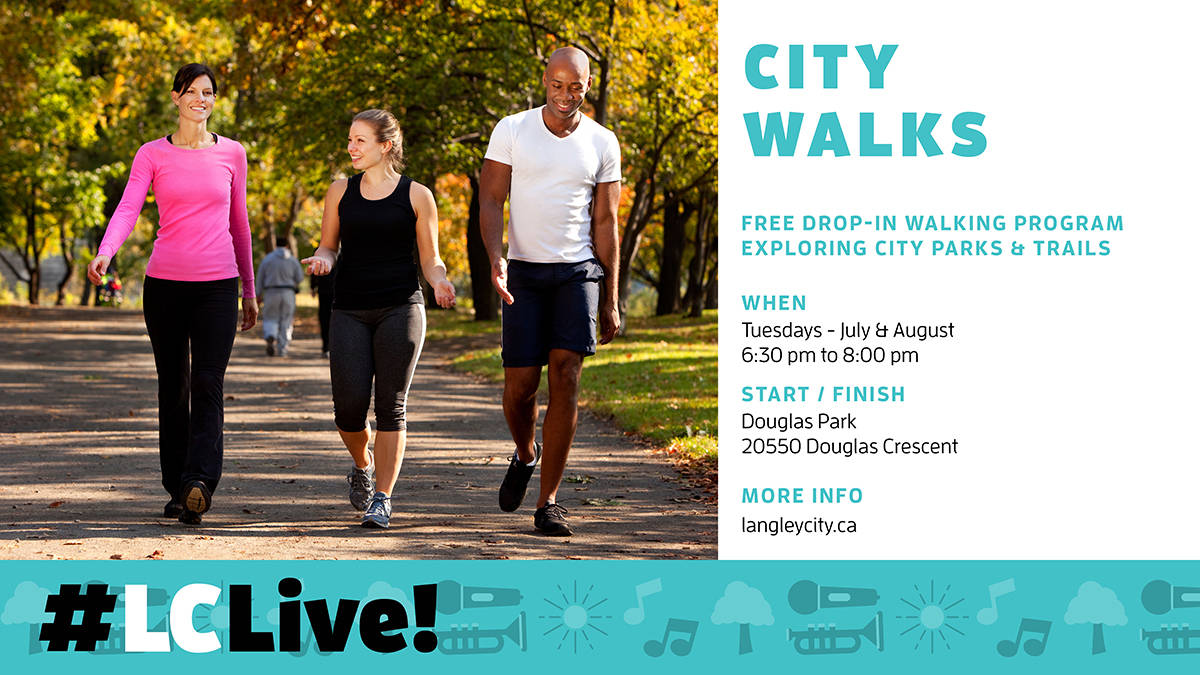 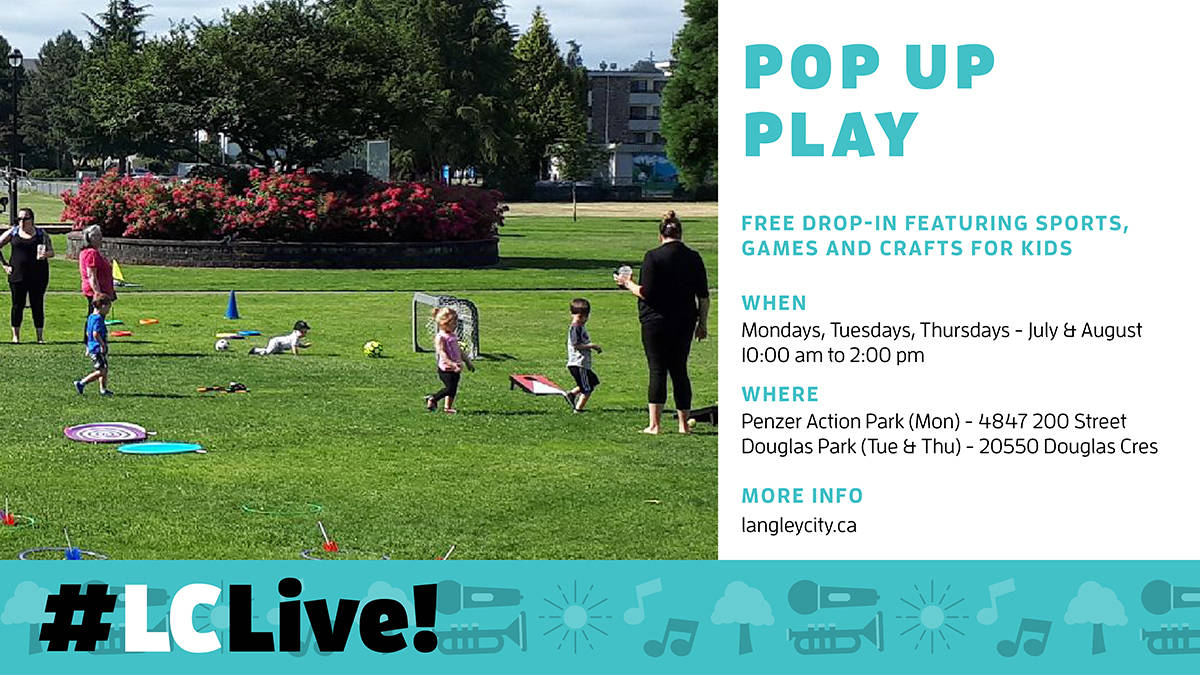 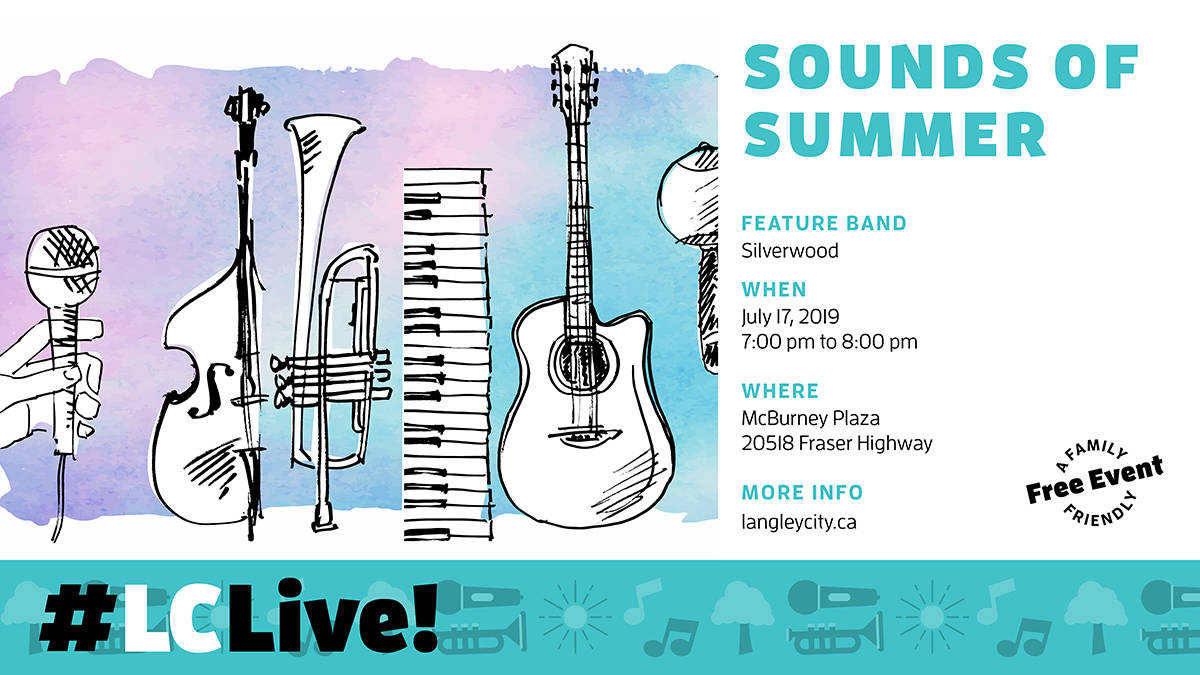 Skip the lines save this summer at Destination Cultus!