Whether your speed is more tortoise than hare, lace up for the Greater Vancouver Zoo’s Turtle Dash – and help protect one of the region’s most endangered species at the same time!

Coming up Sept. 14, the 5K Turtle Dash and 1K Hatchling Fun Run encourage participants of all ages and abilities to join the fun while supporting the zoo’s vital animal conservation work.

The Dash happens right at the Aldergrove zoo, with main event racers completing two laps of the route. You’ll even have the chance to see a variety of animals as you stride toward your own personal best in the timed 5K!

“The Turtle Dash is a very exciting event which will help us continue to save endangered species, through conservation efforts that benefit animal populations across B.C.,” says Menita Prasad, Animal Care Manager at the Greater Vancouver Zoo.

One of the biggest conservation projects for Zoo staff is the recovery program for the Western Painted Turtle – the inspiration behind the Turtle Dash and the only remaining native pond turtle left in B.C.

“Lack of appropriate nesting sites, nest disturbance and predation are some of the reasons why the coastal population is endangered,” Prasad says. “As part of our head-starting program, eggs from disturbed nests are collected and incubated at the Zoo. Hatchling turtles are then returned to the wild, which increases their chance for survival, thereby supplementing wild populations.”

Register today to receive a variety of race goodies, including a souvenir running shirt and medal, post-race snacks, plus zoo admission so you can visit your favourite animals after the race! The Hatchlings will lead the way at 9:30 a.m. Sept. 14, with the 5K following at 9:45 a.m. A spectator fee is also available for those who’d like to cheer on participants.

There’s plenty more activity happening at the Zoo this summer, including its 49th anniversary celebrations on Aug. 18.

The Zoo’s Keeper Talks are another unique way for you to connect with the animals, by hearing from zookeepers about a day in their life, working with each of 15 different animals from the Zoo’s total of 140 different species, large and small. From Fabulous Felines and Radical Raptors, to talks about the Red Panda, Camel and Zebra, you’ll learn a lot about their habits, behaviours and more. 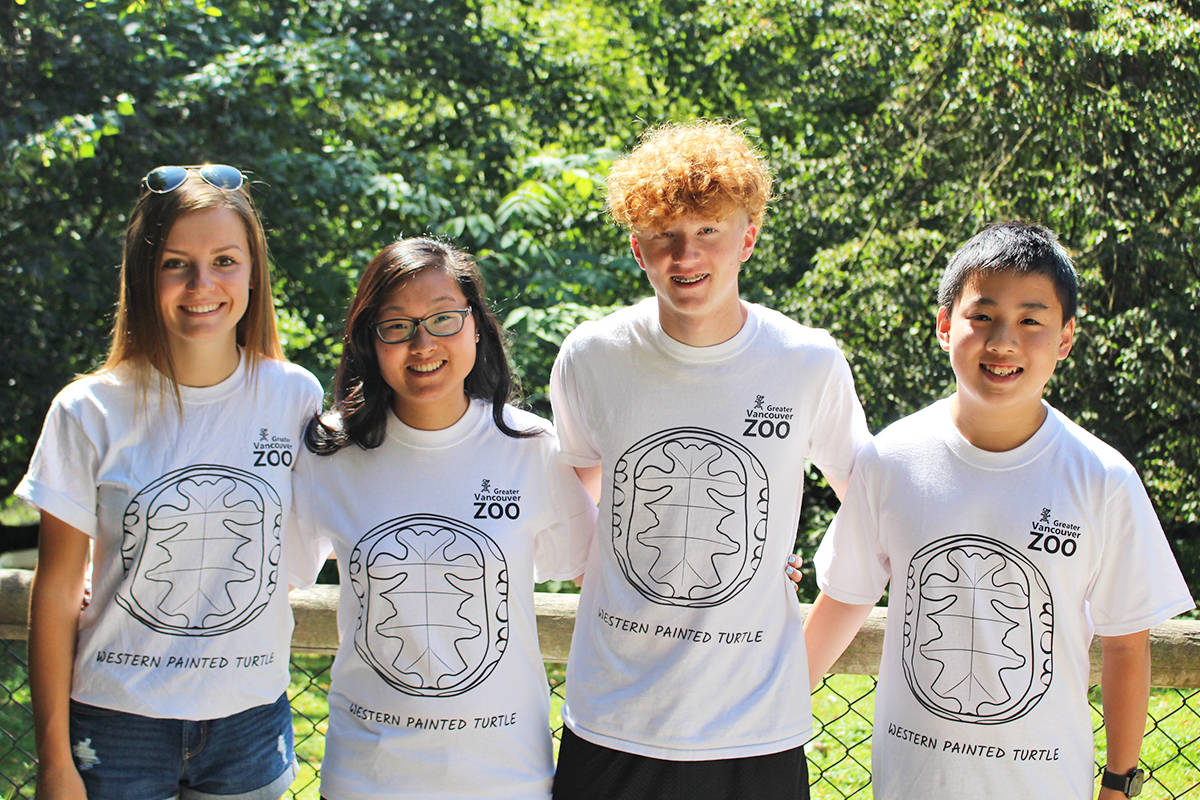 Sign up for the Turtle Dash at the Greater Vancouver Zoo and get a free Western Painted Turtle T-Shirt, while supplies last.