Their faces said it all.

A combination of smiles, laughter and even some tears showed the surprise that Christine Jamieson (Mission), Taylor Aller (Surrey) and Michelle Ahmadi (Vancouver) felt when they were announced the winners of the Miss BC, Mrs. BC and Miss Teen BC titles, respectively.

The ladies were chosen out of nearly 50 who entered the 16th annual competition, which took place at the Chief Sepass Theatre in Fort Langley on July 2. Black Press was media sponsor of the event.

Christine Jamieson from Mission and her thoughts on being crowned Miss BC!! #MissBC2018 @miss_bc_pageant

Cheryl Schindler (Surrey) was named Mrs. Charity BC after raising more than $11,000 for the pageant’s partner charity, Cops for Cancer. To date, contestants have raised close to $400,000.

Aller was also honoured with the Miss Congeniality award, as chosen by her fellow competitors.

Unlike traditional pageants, Miss BC does not focus on physical beauty — there are no age, weight or height restrictions to enter. Contestants are encouraged to give back to their communities through volunteer work, and to be role models for young people.

The participants travelled from all corners of the province to take part in the event, and each have their own inspiring stories.

Taylor Aller from Surrey and her thoughts on being crowned Mrs. BC #MissBC2018 @MissBCPageant pic.twitter.com/wMJavx45hh

Cheryl Schindler from Surrey and her thoughts on being crowned Mrs. BC Charity. Cheryl raised $25,251 #MissBC2018 @MissBCPageant pic.twitter.com/sNZvacyIXq

It was a broken heart that led Alexandra Klock to sign up for the Miss BC pageant.

Seeking a way to feel validated, she was shocked to find the program completely changed her outlook on life.

“I realized that I have a journey that is worth sharing with people,” said Klock, 20, who is from Courtenay.

“And my story — which I know has helped a lot of other people — is being able to talk about my mentorship with teen girls who are going through depression or anxiety. (It’s) something that I went through, and I actually had the ability to overcome it, which many people don’t.”

Miss Teen BC contestant Shahana Shaheem, 16, was using the public platform to raise awareness of gang violence in her hometown of Surrey.

“I want to get out in the community more and let the youth know it’s not all about personal electronic devices. You can get more involved in the community, and it helps to minimize gang violence and drug use,” she said.

“Recently on the news … it’s all about gangs — gang violence and gang drugs. And it all starts from teens getting into that and getting involved in drug use. Their mentality goes to that and they think it’s a cool thing, when in reality all you’re doing is just putting yourself in danger.”

As part of the show, the contestants put on a high energy performance that showcased their unique skills. From professional dance to golf and basketball, each person brought their own flavour to the stage.

The Miss BC contestants show off their unique talents #missbc2018

The women also displayed their diverse heritage in the evening gown presentation. The first on stage dawned a beautiful First Nations garment, while others wore more modern dresses or colourful saris.

Interviews with the Top 15

In the second half of the show, the Top 15 competitors shared more details about their lives with interviews on stage.

Christine Jamieson from Mission (who later won the Miss BC title) said her goal was to raise awareness, funds and create policy changes regarding epilepsy and mental health.

Jamieson was diagnosed with epilepsy as a teenager, and “it flipped my life upside down,” she said.

She had to drop out of high school and developed depression and anxiety.

She now runs her own non-profit to help others suffering from the disorder.

Taylor Aller from Surrey (who later won the Mrs. BC title) joined the pageant to challenge herself, as she previously struggled with body issues and low self esteem.

She also volunteers with Free To Be Talks to help youth navigate through social media, and said she wanted to use the pageant to help promote that program. 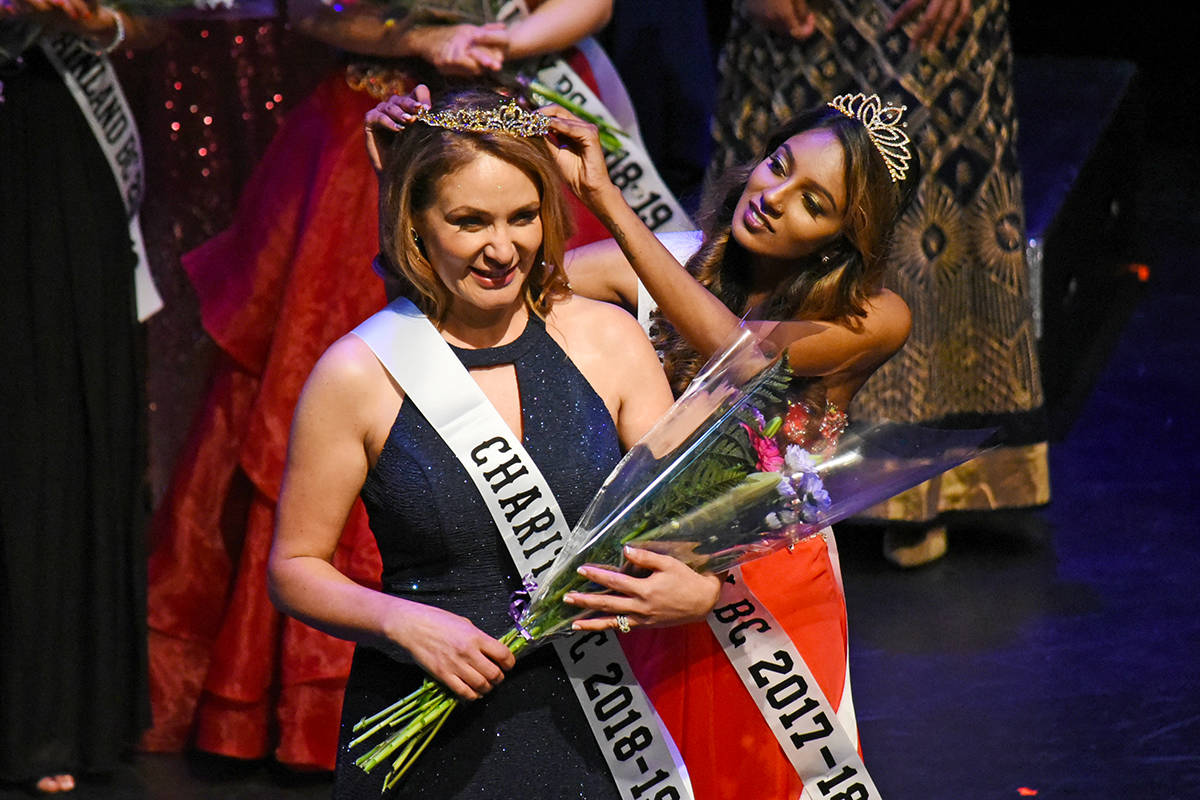 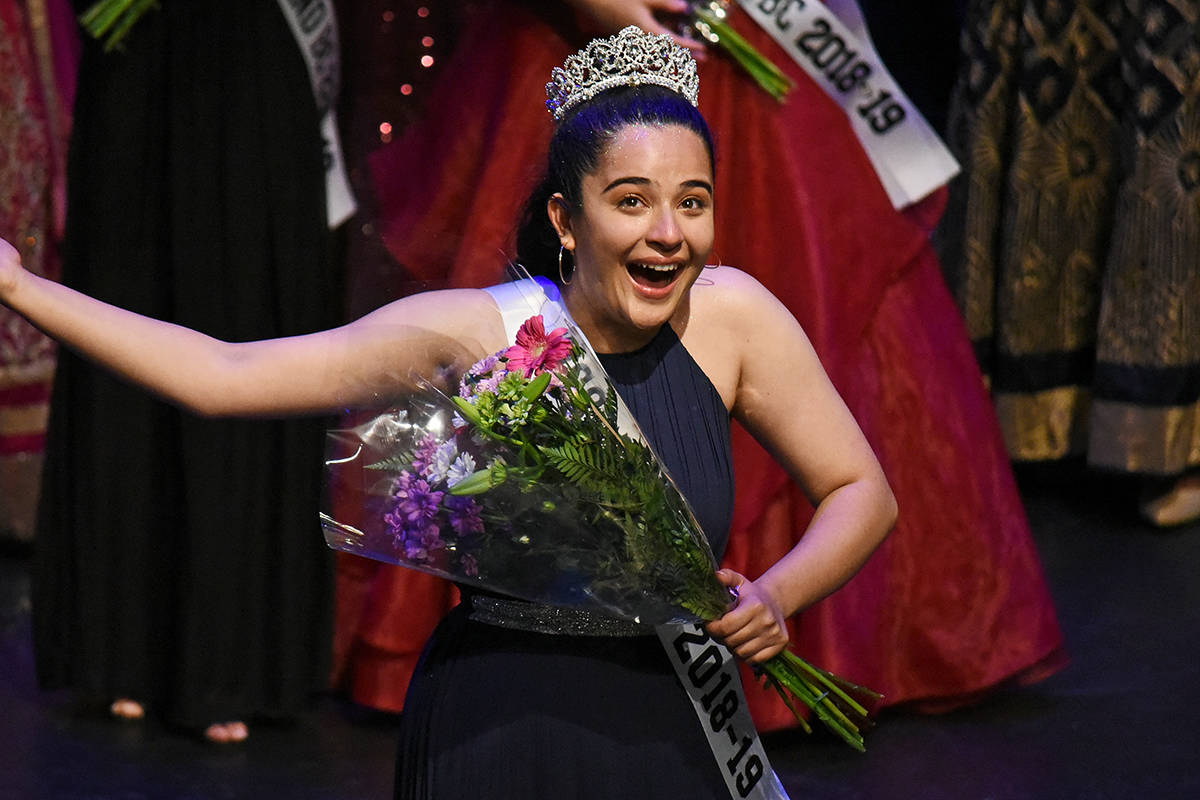 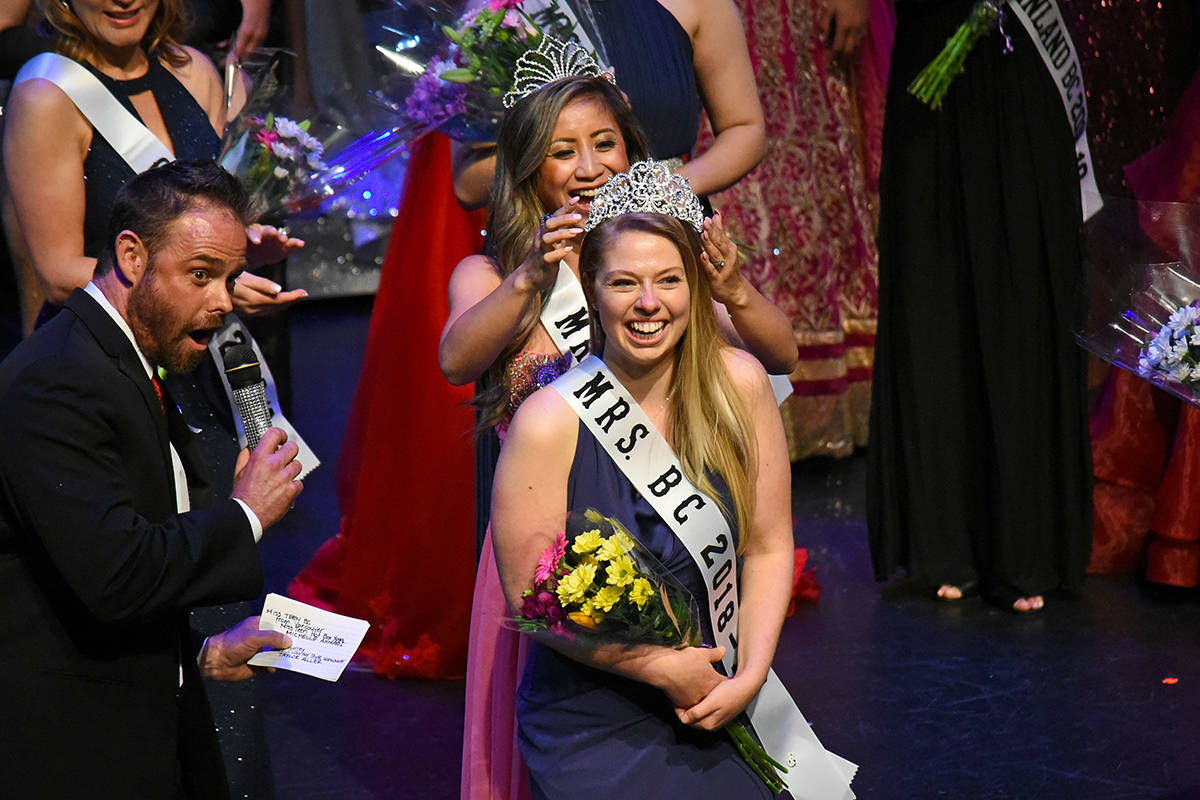 Where can you find one of the best taprooms in the world? Langley, that’s where.