Candidates hoping to win a seat at the Langley City council table made their case to a group of senior voters on Wednesday afternoon.

The Langley Seniors Community Action Table hosted an all-candidates meeting on Oct. 10 to address senior issues prior to the municipal election on Oct. 20.

Approximately 90 people came out to the meeting that was hosted at the Langley Seniors Resource Centre.

The Oct. 10 meeting was for City of Langley candidates to discuss senior-specific questions and concerns with older residents.

Groups of 10 people were seated around tables and were given a list of pre-written questions to discuss with the candidates.

During the question period, pairs of candidates visited each table for six minutes at a time to answer the questions that the seniors at each table chose to discuss.

For each question asked, candidates were given a 30-second time frame to answer.

A question heard most often was ‘what will you do about homelessness in Langley?’

Another popular topic was possible solutions to provide seniors with more affordable housing.

Fassbender said, “we need to advocate for stronger laws and advocate for a place like Riverview (to be brought) back so we can help people that have mental health issues who are a danger to themselves. It’s a whole society issue.”

van den Broek addressed the issue of homeless seniors by saying the City needs to be careful about situations similar to the Langley Lions Housing Society, where young people are mixed into the senior population.

“You’re putting young people in and they’re feeling unsafe and insecure. We need to have diverse housing being built, co-ops and senior housing.”

Oh said her top solution for the homeless is to ‘open our hearts.’

Paul Albrecht said there are a number of avenues to help with the housing problem.

“We don’t own land, so we can’t say ‘here’s a parcel we can do this on.’ We need partnerships in the community. We need relationships.”

Corey Doherty said the Langley United Church property on 200 Street could be a possible location for supportive housing.

Jeff Jacobs said homelessness needs to be addressed with the help of neighbouring communities.

Teri James explained homelessness involves a variety of people, so each issue needs to be disassembled and dealt with accordingly.

Gayle Martin was asked about where homeless shelters should be located.

Martin said, “We made that decision 11 years ago with the Gateway of Hope. In my opinion, it was far enough away from the downtown core. Now we’ve got apartments there and we’ve been working with them about the issues they have with homeless people.”

Dave Stingl said ‘people on the street are low-income for vastly different reasons,’ so he believes each person should be treated differently.

Both agreed the City could use more bylaw enforcement officers.

Seniors also asked for solutions to reduce overall poverty in the City.

Dana Miller said the City needs council members who have ‘no fear of meeting people and knocking on doors.’ She said poverty can be reduced by being more collaborative.

Senior health care was another concern.

“Seniors have complex issues so I would advocate to have more clinics that address just seniors’ needs.”

The meeting finished with each candidate giving a one-minute closing speech.

Of the 19 candidates running, 17 were present.

Senior residents Maria Stiglich and Pauline Koch agreed the meeting helped them finalize their decisions for the election.

“I’m very passionate about a lot of issues. It was important to hear about homelessness, housing, whether people were wanting nurse practitioners. I got a lot of good information,” said Koch.

Stiglich added she came to the meeting to ensure she makes the right decision.

“I would like to see something done with the homeless people and building a facility for the mentally ill.”

The Langley Seniors Resource Centre is also hosting an all-candidates meeting on Oct. 12 from 1:30 to 3:30 for Township of Langley candidates. 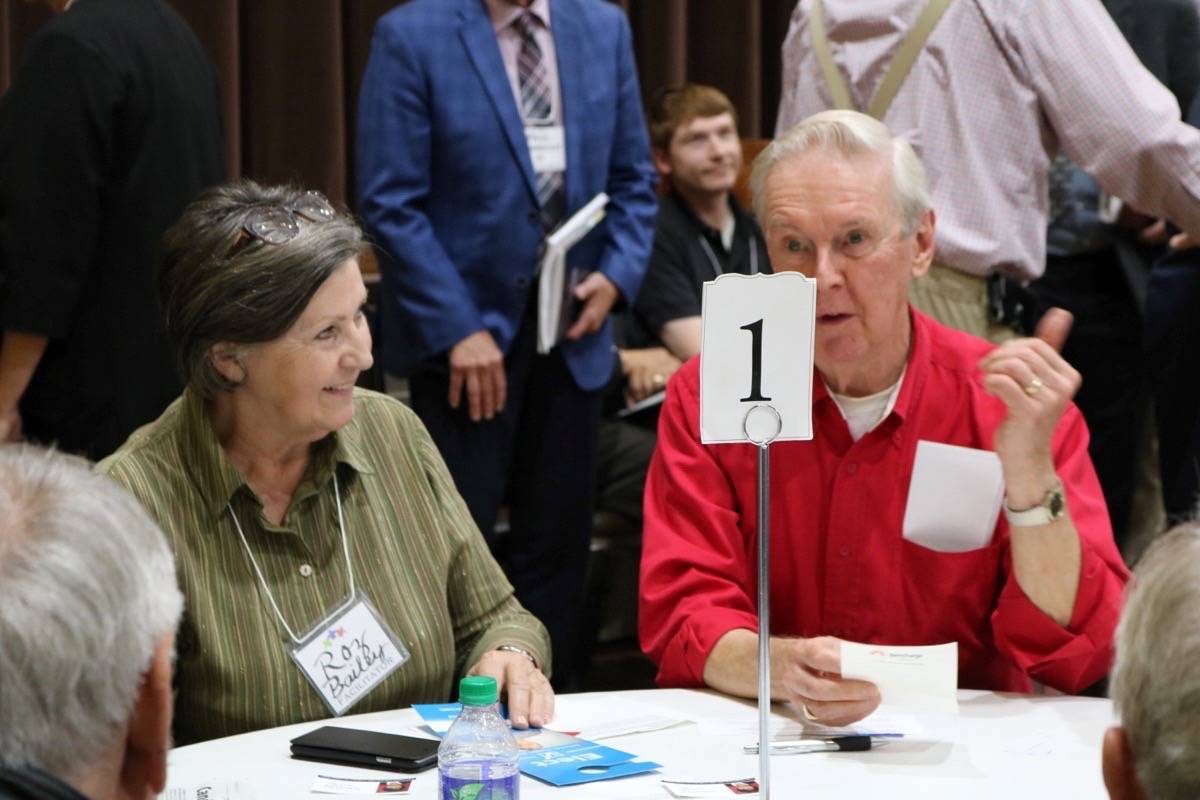