Candidates for Langley Board of Education likely faced their biggest audience of the current election campaign at Fort Langley Community Hall Thursday.

About 200 people were on hand to hear the seven hopefuls for the five Langley Township seats on the board of education. The other two trustees are elected by the voters of Langley City. The meeting was also live streamed on Facebook and can be seen online.

Three incumbent trustees are seeking re-election: Megan Dykeman, Rod Ross and David Tod. Also running are Cheryl Snowdon-Eddy, a former district employee; Marnie Wilson, a current employee and former president of the CUPE 1260 union local for support workers; Suzanne Perreault, a counsellor and former District Parents Advisory Council (DPAC) president and businessman Brent Larsen. Wilson is on a leave of absence in order to campaign, and will have to resign from her job if elected, as per the School Act.

The shortage of teachers due to the Supreme Court of Canada decision to restore the contract between public school employers and the B.C. Teachers Federation came up several times. Wilson said the shortage of resources, in particular teachers, was a critical issue for the new board to deal with. There are at present 25 classes in Langley without teachers, a month after classes have resumed.

Snowdon-Eddy said that innovative incentives need to be offered to attract and retain teachers. Ross said high school students who are interested in education should be approached as they graduate from Langley high schools, to get them interested in taking positions in Langley. Larsen said “it is not fair to kids” to go without a teacher for more than a month.

Dykeman said that district human resources staff members are recruiting at universities. She also noted that teachers are retiring at a high rate, compounding the problem. Perreault said more teachers need to be trained at universities. Tod said student teachers who come to Langley are being offered positions.

Fort Langley parents like having the Fine Arts School in town as a choice school, but some are frustrated that their children can’t get into the school due to long wait lists, and have to travel to D.W. Poppy Secondary for high school. By 2021, they will also have to go there for middle school, and Fort Langley Elementary will only host Kindergarten to Grade 5 students.

“How is this beneficial for Fort Langley students?” was the question read by moderator Martina Boyd.

Ross said the province will not fund new schools in areas of minimal student growth when there are empty seats at other schools within the district. Larsen said travel time of up to 90 minutes to school and back is not acceptable, and “we need to get creative.”

Tod said Fort Langley has a population of 3,400, and there is a need now for three new elementary schools in Willoughby. “The numbers don’t work at this time.”

“You should have access to middle school and high school in your own community,” Wilson said,. “We have to look at ways we can incorporate this into the Fine Arts School.”

On access to the Fine Arts School, Dykeman said the waiting list is longest to get into the elementary grades, and eases up by secondary. She said most international students come to the school in the upper grades, and “in my opinion, they are not displacing others.”

“If they are displacing Langley students, we need a serious look at that,” Wilson said.

“We do have other schools that have space,” Perreault said. “International students are important, and they are good for our students as well.”

Larsen said “we should be building more choice schools. When there’s a demand, you build more supply.”

The SOGI resources for teachers have caused plenty of controversy in the past year. Ross said it “is a resource that teachers can use or not use. The topics are awkward and challenging for most teachers. I support it. It is something we have to embrace.”

Larsen said it has been a “very divisive issue and hasn’t brought us together. I’m listening to all parents. Parents want to be included in discussions.”

Dykeman said the resources are “to implement teaching in the areas of sexual orientation and gender identity, and an opportunity to access information for teaching.”

“I fully support SOGI,” said Wilson. “People need to look at the resource itself and not listen to false information being spread.”

The resources emphasize that “all families are special and of equal importance and value,” Tod said.

“It is a hot topic,” said Snowdon-Eddy. “I really care about students at risk in the LGBTQ community. We need input from parents before new resources are implemented.”

On technology, all the candidates agreed that students need to have as much access to new technology as possible. Tod said a technology program is being rolled out over three years to ensure that all schools have equal access. Dykeman said budget constraints necessitate a multi-year approach. 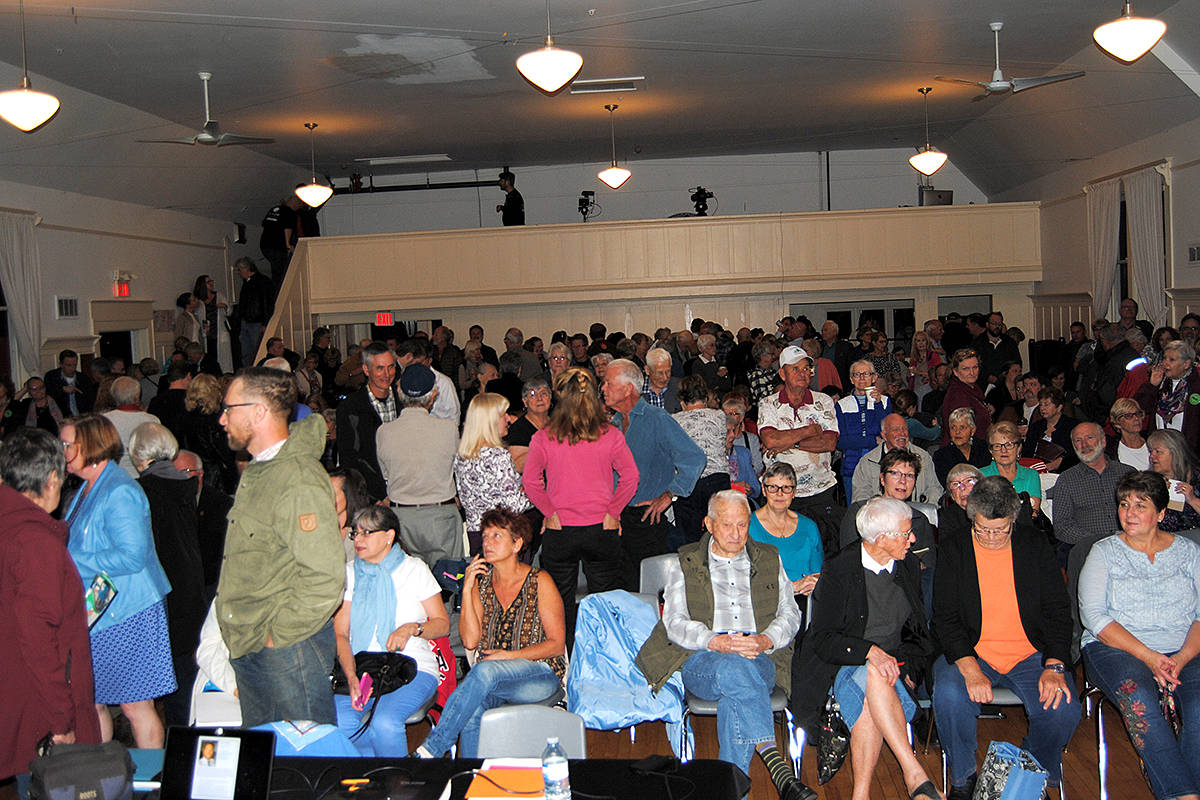