The very first person to vote at the Wix-Brown school polling station in the 23000 block of 24 Avenue arrived about 15 minutes before the doors were officially supposed to open, to make sure he was first in line.

The early-bird voter, who declined to be interviewed on camera and asked that his name not be reported, said he had a busy Saturday ahead of him and he wanted to make sure he cast his ballot.

When 8 a.m. arrived, he was the first inside and the first to cast a ballot in the Township election.

He declined to say exactly who he had voted for, except to say he did not vote for the incumbent mayor.

The second person in line also declined to go on camera or give his name. He said he wanted to avoid line-ups.

“It just kind of gets things over with early,” he said.

“There’s nobody here (at this hour).”

The poll ing station can get pretty busy later in the day, he added.

The polling station was expecting between 500 and 600 voters to cast ballots at the school by the time the station closed at 8 p.m.

If the advance polls were an indication, turnout could be up this year.

There were 4,566 ballots cast in advance of today’s vote, Township Chief Election officer Bob Wilson said, which was more than the 4,000 he had been projecting, based on the good weather and increased number of advance voting opportunities this year.

There are 14 polling stations in Langley Township.

Voters who didn’t get notices in the mail can go to the voting place nearest to their home with two pieces of picture ID.

In the City, line-ups were being reported at the single polling station at Nicomekl Elementary, at 200 Street and 53 Avenue.

Advance turnout was also up substantially in the City, thanks to a surge on the final day, City Election Officer Kelly Kenney said.

There were 715 people who cast ballots at the advance polling station, about 60 voters an hour and roughly three times the amount recorded at each of the three previous days of advance polls; 187 voters Oct 9, 237 voters Oct 10 and 229 voters Oct 11.

In all 57, people are running for office in the two Langleys.

In the City, voters will choose among three candidates for mayor, while 16 people will vie for six council seats. Another five people will compete for the City’s two seats on the Langley board of education.

Three candidates are competing in the Township mayoral race, while 23 people are hoping to be elected to one the municipality’s eight council seats.

Seven trustee candidates are running for five Township seats on the board of education.

The Times will begin posting results online shortly after the polls close. 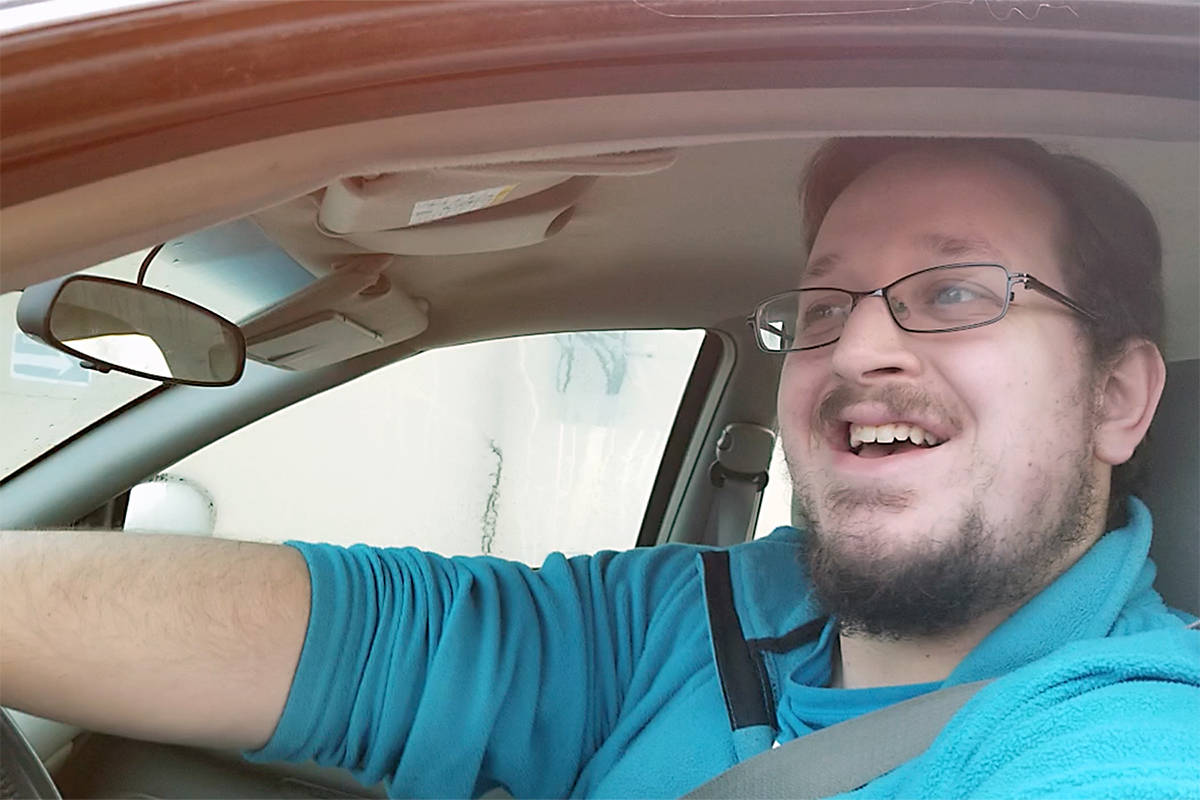 Chris McManus made a quick detour on his way to work in Aldergrove to vote first thing Saturday morning. Dan Ferguson Langley Times 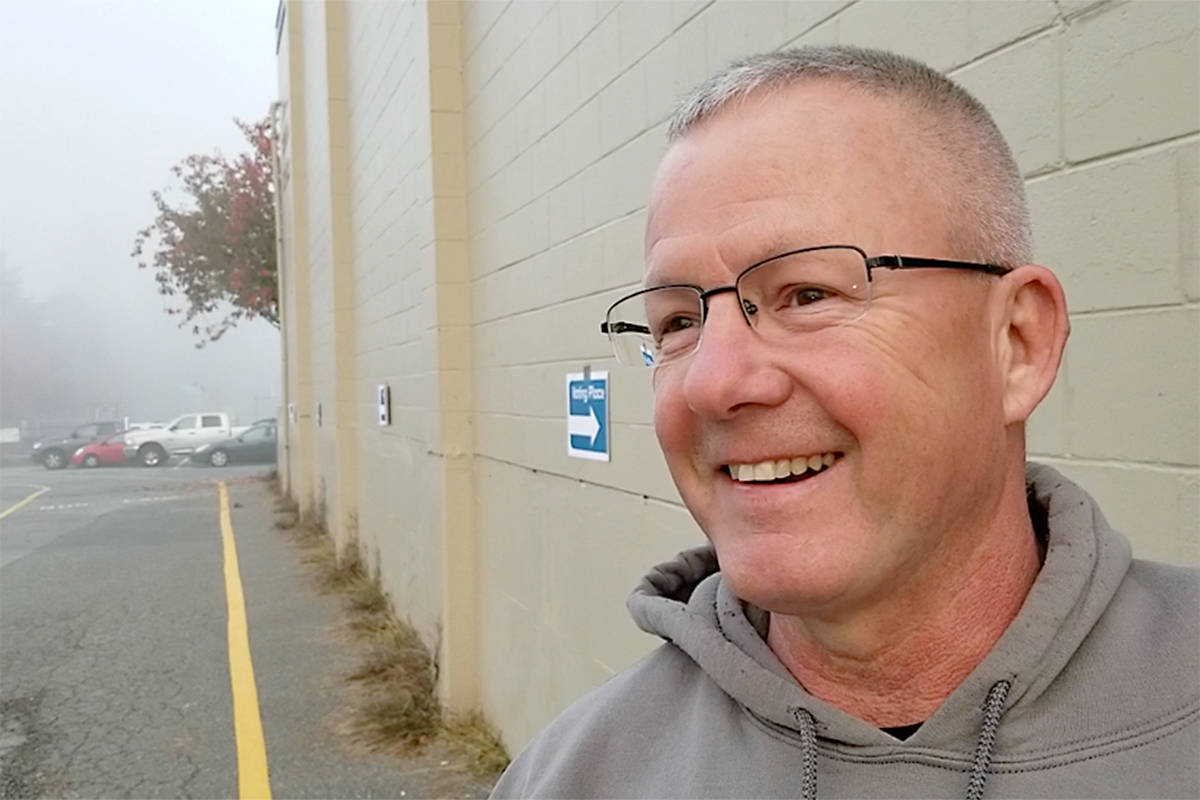 David Wright was one of the very first to vote at the Wix-Brown school polling station. Dan Ferguson Langley Times