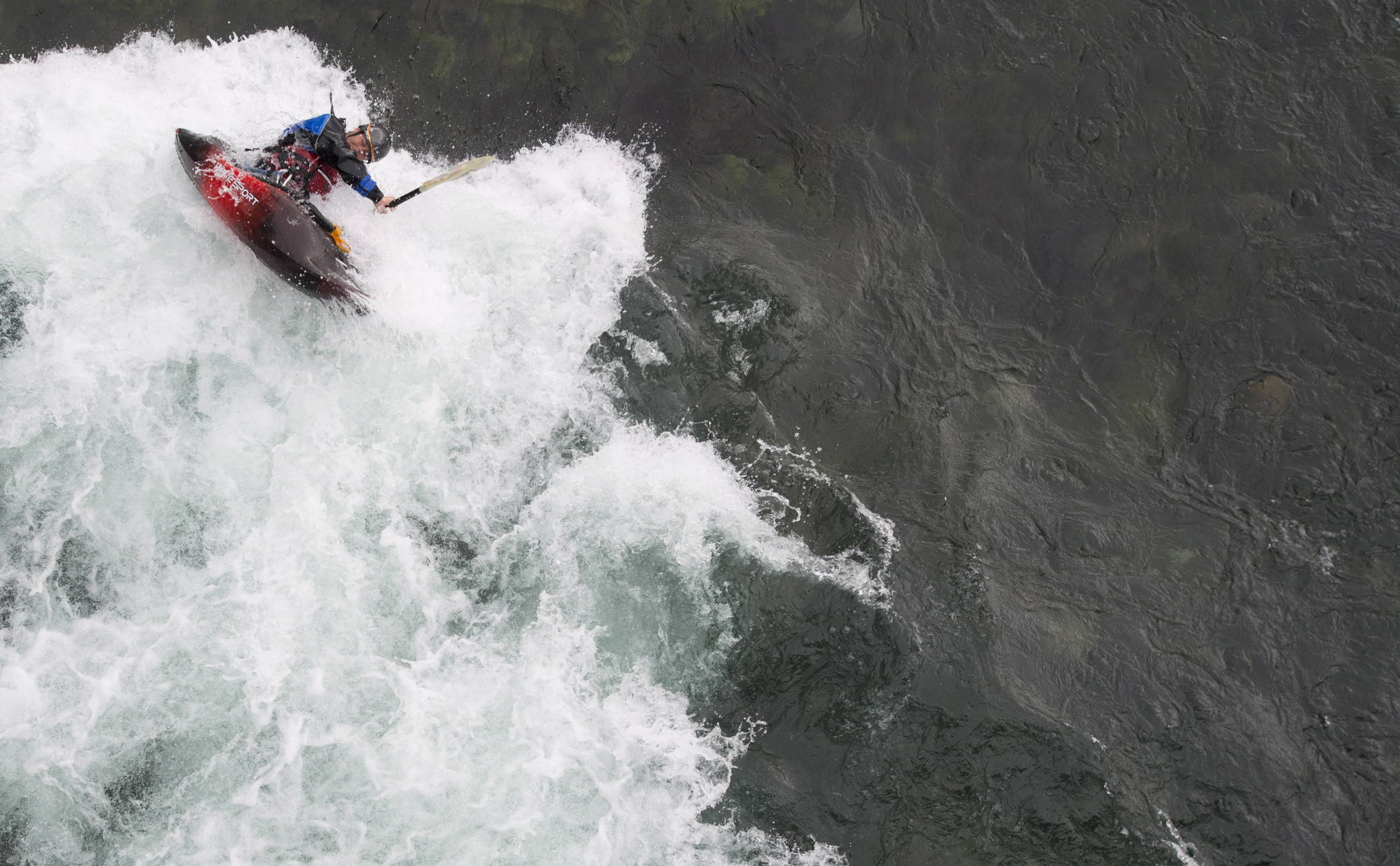 A whitewater kayaker does a roll as he paddles on the Yukon River in Whitehorse, YK, Friday, July, 22, 2016. THE CANADIAN PRESS/Jonathan Hayward

The water level on the Yukon River at the village of Carmacks keeps rising, prompting a flood warning from the territory.

A statement from the territory says the river is at a level only seen once every 100 years.

The forecasts calls for temperatures in the high 20s, which the statement says will set off a rapid melt of the winter snowpack upstream.

The snowpack was above average this winter and the statement says scattered showers are also possible for the area later in the week.

It says river levels are currently at critical thresholds in Carmacks and could increase further.

Flood-prone property owners are advised to have a plan in place while the territory warns the public needs to stay clear of fast-flowing rivers and unstable riverbanks.