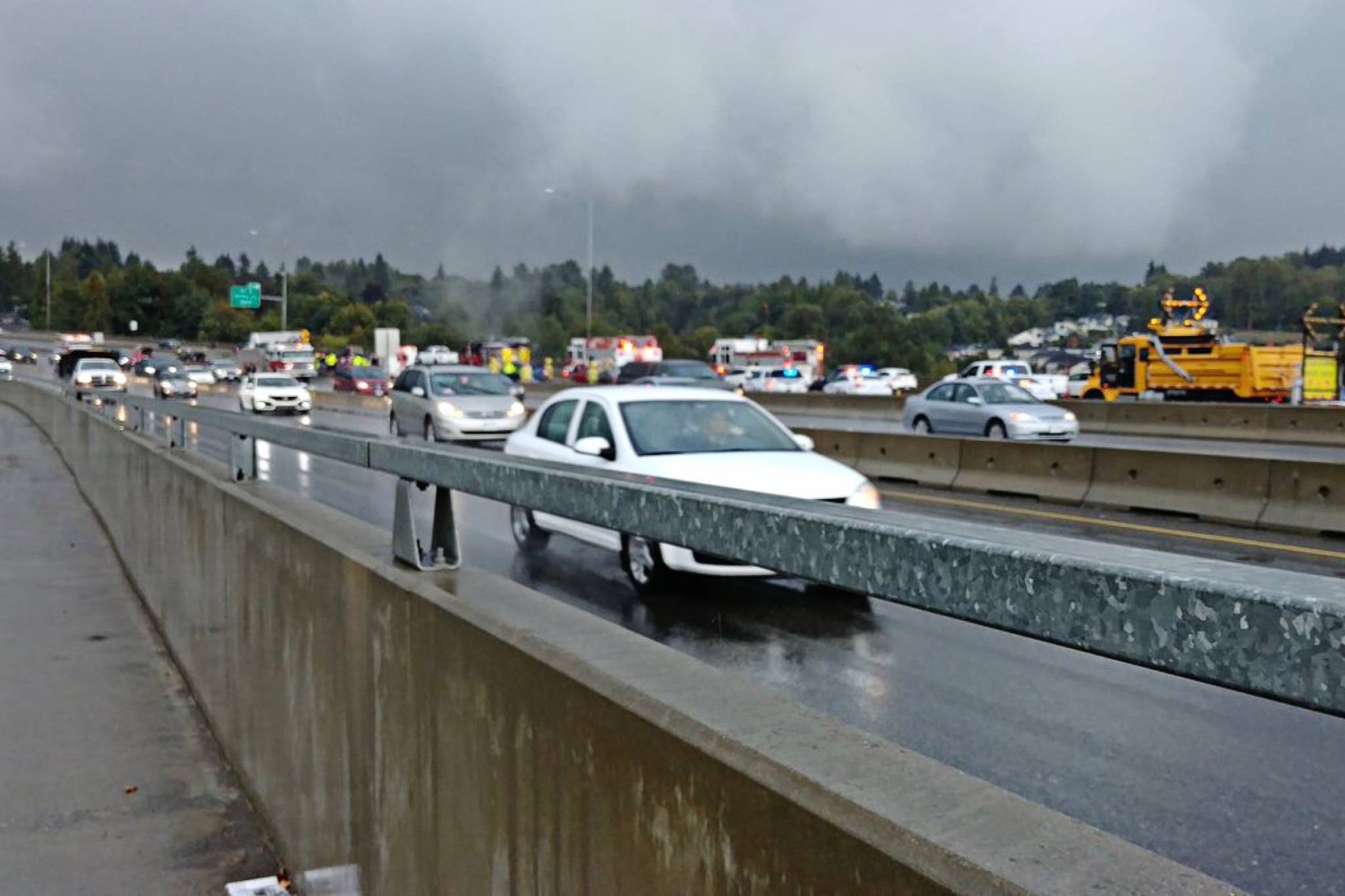 Some cars are “pointed the wrong way” following multi-vehicle collision on the Port Mann bridge. (ShabbyDog/Twitter)

UPDATE 4:49 p.m.: Drive BC says the incident has been cleared, but there are still serious delays.

Emergency crews are on scene of a 12-vehicle collision on the Port Mann bridge.

Two lanes eastbound and one westbound are blocked as emergency personnel clear up the accident.

Drive BC says to expect heavy delays in both directions, and urges commuters to consider alternate routes.

New citizenship oath to include reference to treaties with Indigenous Peoples