A 20-acre camp, tucked away in the 2600-block of 248th Street held a fundraising dinner on Saturday in honour of a camper who left her mark in the hearts of many in Langley.

Not only did Brooklyn benefit from the fun-filled camp, but her presence changed the lives of its campers and staff, Sulz said.

“Children impacted at camp become family to us. They impact us,” Sulz added.

Brooklyn’s hope of returning to “her favourite place” and becoming a horse wrangler at Loft Country – like she’d always hoped – was snuffed by a fatal crash in March 2017 that took the lives of Brooklyn and her mother.

The family was vacationing 13 kilometres east of Jasper, and were travelling on their way to West Edmonton Mall, when their van collided head-on with a pickup truck.

Her father Adam was at work when it happened.

Brooklyn’s brother, Wyatt, and their grandmother were also in the vehicle. They escaped with minor injuries.

At the request of the family, Loft Country hosted a joint memorial service for Brooklyn and her mother later that same spring.

Wyatt, now 11 years old and an avid monster truck aficionado, was invited to his first Loft Country’s dinner Saturday, as an honoured guest, alongside his dad.

At first mention of his sister, Wyatt buried his face into his father’s chest. Both the father and son wept.

The emotion in the room was raw, and admittedly Brooklyn’s story compelled some to give during the dinner – whether by purchasing raffle tickets or by straight donation.

Campers, camp counsellors, and friends of Loft Country bid on silent and live auction items in an effort to raise more money to send Langley children to camp for free.

“Many do not have the opportunity to attend a camp like this,” Sulz said. As such, he established an ongoing “Hat for Brooklyn” campaign, where for every $250 raised, a hat is hung in the foyer, in her honour.

By the end of the night, $16,500 was raised to provide children of a free chance at attending the camp this summer.

Dad said it’s a fitting tribute as “Brooklyn would do anything for anyone.”

Such a legacy was expounded to dinner guests Saturday night.

Thanks to all the money raised, Sulz said, 66 campers were guaranteed a week at camp.

“Generous people change the community,” Sulz said. Even eight-year-old Zachary Vanderwerf sold enough of his handmade tree ornaments to provide a child one week of free adventure at camp.

Loft Country, which has operated every summer for 20 years, sees an average of 1,600 campers on their grounds each summer, Sulz explained.

Nearly, 170 campers are sponsored by community donors annually through events like the dinner.

Loft gets in the spirit

Loft Country will host two upcoming events intended to capture the excitement of the wild west and the joy of Christmas.

To learn more about the camp, those interested are encouraged to contact Loft Country at 604-607-1387 or email christmas@loftcountry.com. Admission is $15 each or $66 for a family of five. 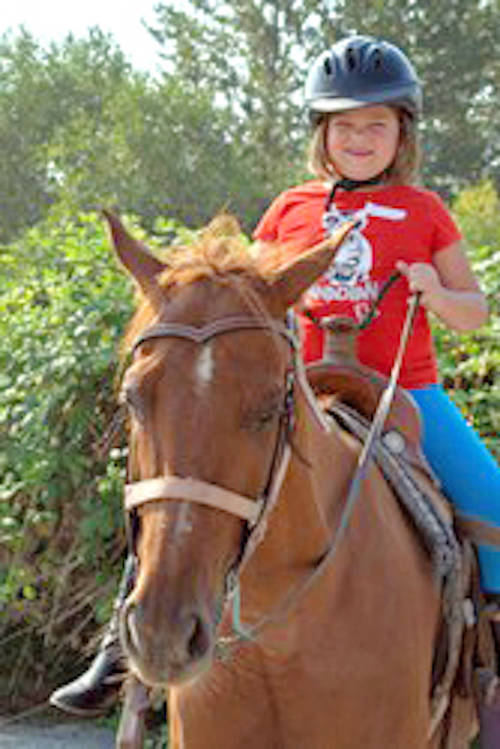 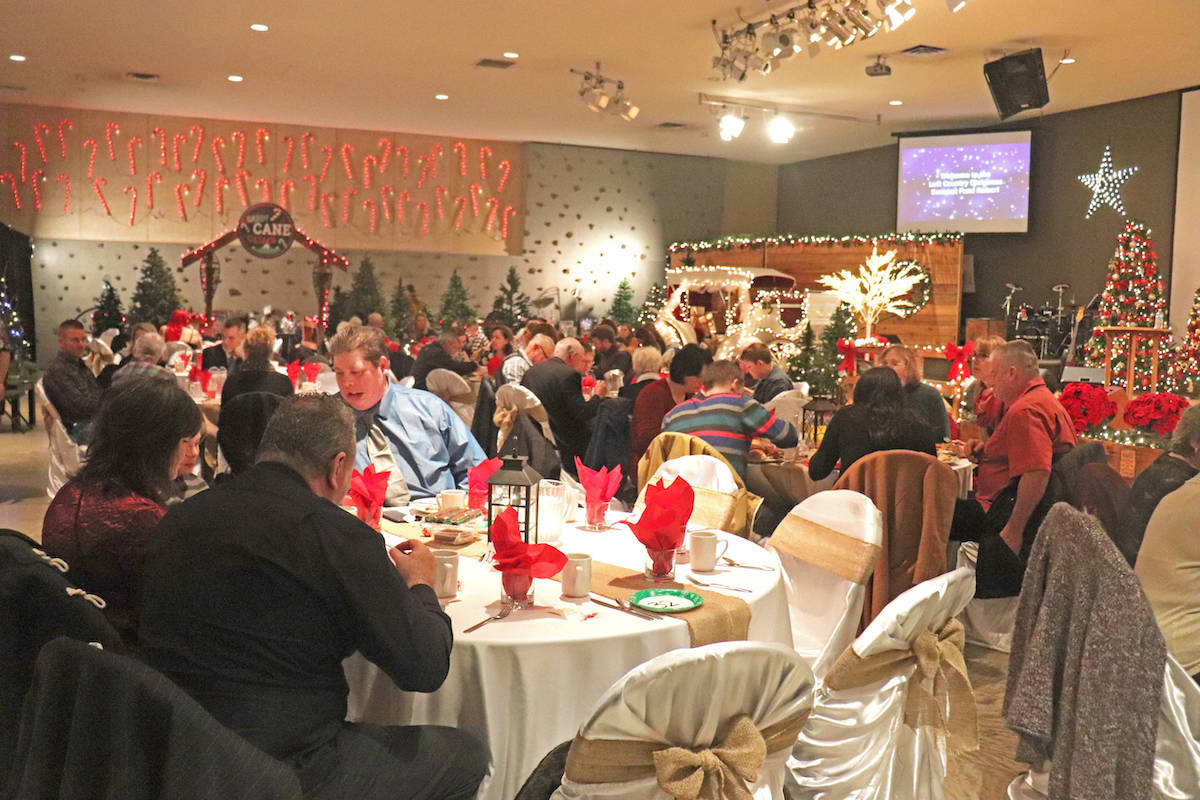 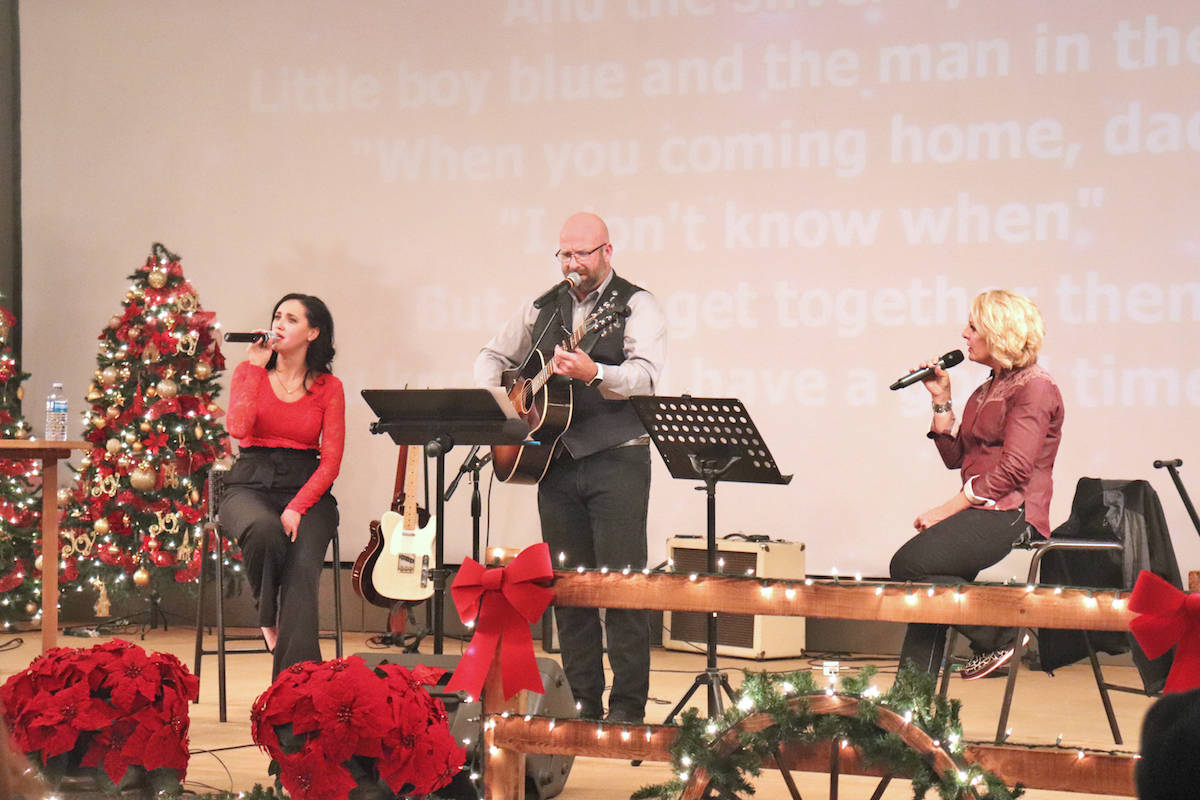 Trent Sulz, owner-manager of Loft Country camp, played guitar and sang alongside vocalists, one being his wife (on the right). (Sarah Grochowski photo) 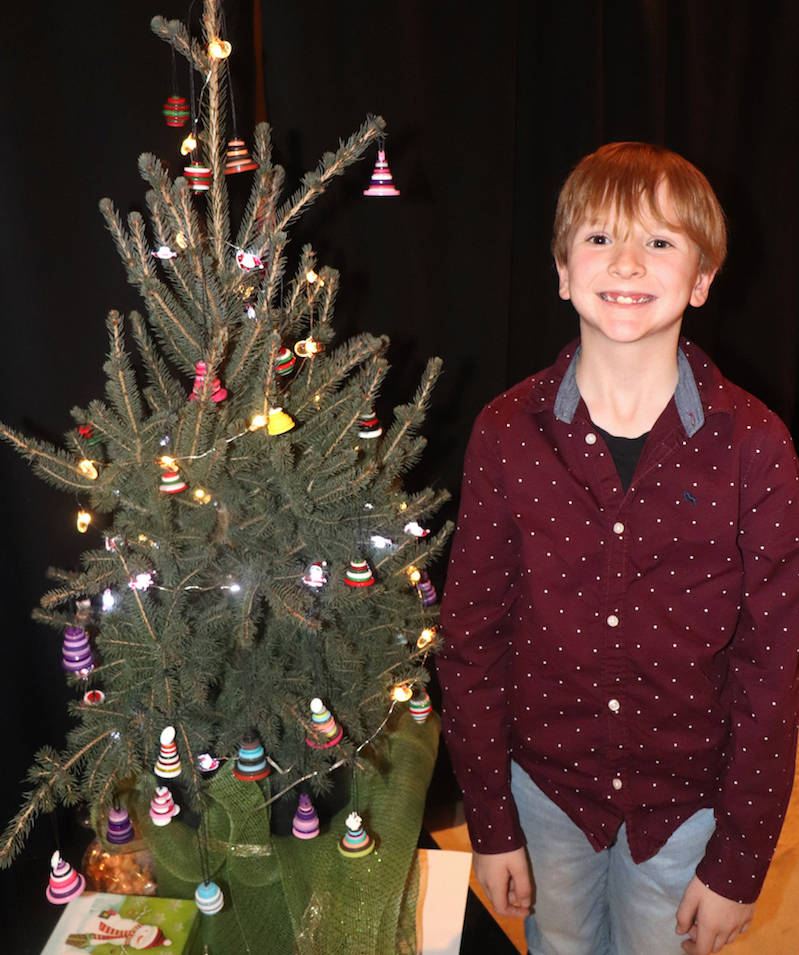 Zachary Vanderwerf, 8, made tree ornaments which he sold enough to send a kid to camp for free this summer. (Sarah Grochowski photo)

‘Not a decision I came to lightly:’ Scheer to resign as Conservative leader