After more than 60 years of being represented by the Social Credit and Liberal parties, 2020 was the first year that Langley voters decided to send NDP representatives to Victoria.

The election was unusual – a snap call by New Democratic Party Premier John Horgan, who had governed with a narrow coalition of 41 NDP MLAs and three Green MLAs to the 44 of the Liberal Party’s since 2017.

In the midst of the pandemic, Horgan announced there would be a new vote, set for Oct. 24.

The NDP’s approval ratings had been very high throughout the spring and summer, as B.C.’s COVID-19 infection numbers were relatively low, and the government was seen as doing a good job responding to the sudden crisis.

The BC Liberals immediately denounced the election call as opportunistic, while the NDP’s Horgan said it was “never a bad time” to consult the public.

No matter who won, it was clear there would be at least one new MLA in the Langley area.

The Liberals had held both major Langley-area ridings – as well as two Abbotsford ridings that include parts of Langley – since the early 1990s.

But longtime MLA Rich Coleman of Langley East had already announced in early 2020 that he would step down.

A deputy premier, Liberal house leader, and multi-portfolio cabinet minister between 1996 and 2020, Coleman had been closely identified with the eastern Langley area for more than two decades.

He’d anticipated finishing out his full term and leaving office in 2021, when the next election was scheduled.

The Liberals nominated Margaret Kunst, a Township councillor and a founder of the PuCKS children’s sports charity, to carry the party banner in Langley East.

In the Langley riding, Mary Polak, another longtime MLA and former Liberal cabinet minister, was aiming for re-election.

The NDP’s campaign in Langley East had an unusual start.

Langley Township Councillor Eric Woodward was announced as the candidate on Sept. 26, but 24 hours later, he withdrew as a candidate.

He cited “truly horrible, false personal attacks” after his announcement as a reason for his withdrawal.

It also emerged that Woodward had explored running as a B.C. Liberal candidate, but he said he had dropped that idea after a controversy over Chilliwack-Kent Liberal MLA Laurie Throness earlier in the year.

Woodward was quickly replaced as an NDP candidate by Megan Dykeman, the chair of the Langley Board of Education.

In the Langley riding, lawyer and executive director of the B.C. Building Trades, Andrew Mercier, was to carry the flag for the NDP.

With candidates for the Green Party and B.C. Conservatives also running in both ridings, along with one independent and a Libertarian in Langley East, the ballots were full of choices.

It became clear early on that the NDP considered Langley’s ridings winnable for the first time in generations.

Flanked by Mercier and Dykeman, Horgan arrived in Langley on Oct. 8 to pledge $1.5 billion in provincial funding to complete the second phase of the Surrey-to-Langley SkyTrain.

He returned on Oct. 21 for a distanced backyard chat with local supporters in Langley City, this time on the topic of health care.

The visits by a provincial leader and a senior cabinet minister during a campaign were without recent precedent. While Polak had some high-profile announcements, Liberal leader Andrew Wilkinson did not come to Langley during the campaign.

Meanwhile, the NDP repeatedly attacked Kunst over a vote against a rainbow crosswalk for the Township. Kunst said that she’d voted for procedural reasons.

It was a subdued election night due to pandemic restrictions, and polling places were busy, but not highly crowded. Mail-in ballots and early voting in the Langley riding accounted for more than half the total votes cast.

As vote counting started in the evening of Oct. 24, it became clear that the Liberals would not romp to victory.

In the Langley riding, Mercier had a lead of almost 10 per cent over Polak by the time vote-counting stopped in the wee hours.

Dykeman had a narrower lead, of just over three per cent ahead of Kunst.

But neither Mercier nor Dykeman would declare victory, nor would Polak or Kunst officially declare defeat.

“Nobody declares the winner, except the voters,” Mericer said.

He was referring to the fact that thousands of mail-in ballots weren’t counted on election night. About a third of all the votes remained to be counted in each riding.

Counting of the final ballots began on Nov. 6, and by Nov. 8, it was clear that not only had Dykeman and Mercier won their seats, they had widened the gap between themselves and their Liberal rivals.

At the end of November, both rookie MLAs got their new assignments in the B.C. Legislature: Mercier was named parliamentary secretary for skills and trades, and Dykeman was appointed to the cabinet legislative review committee.

BC Votes 2020LangleyYear in Review 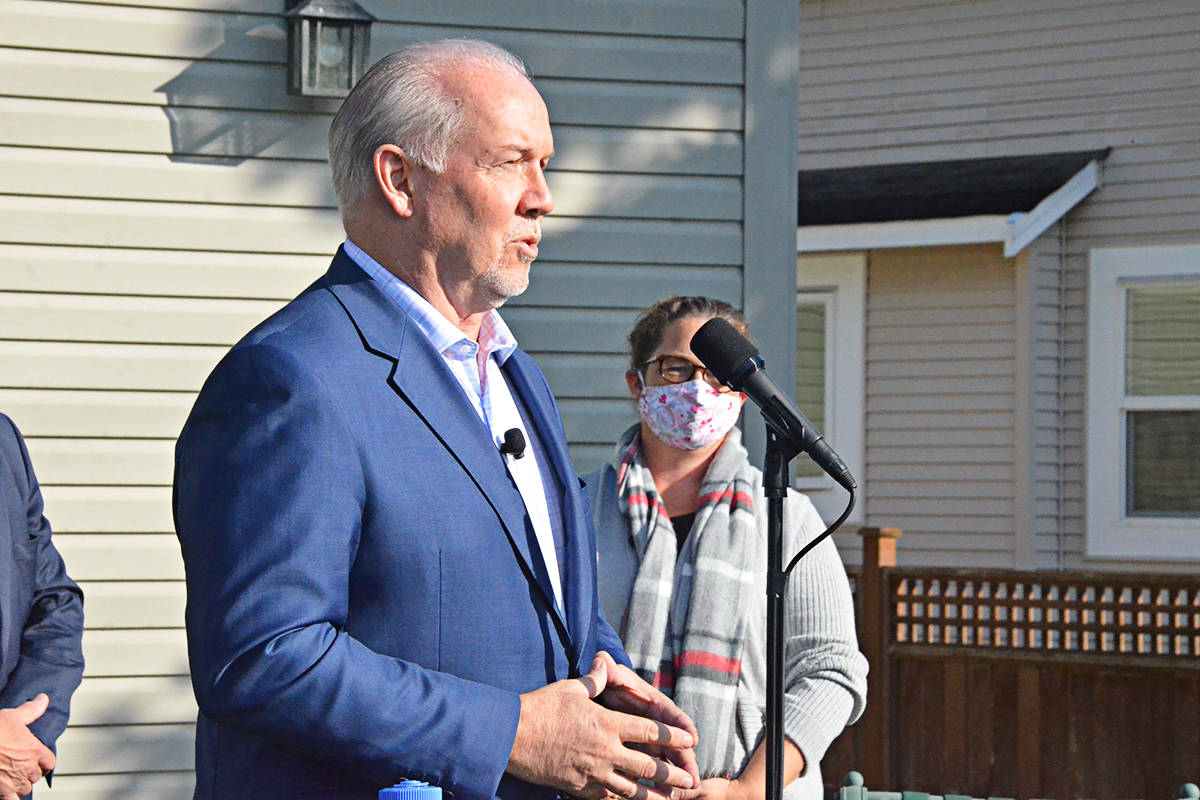 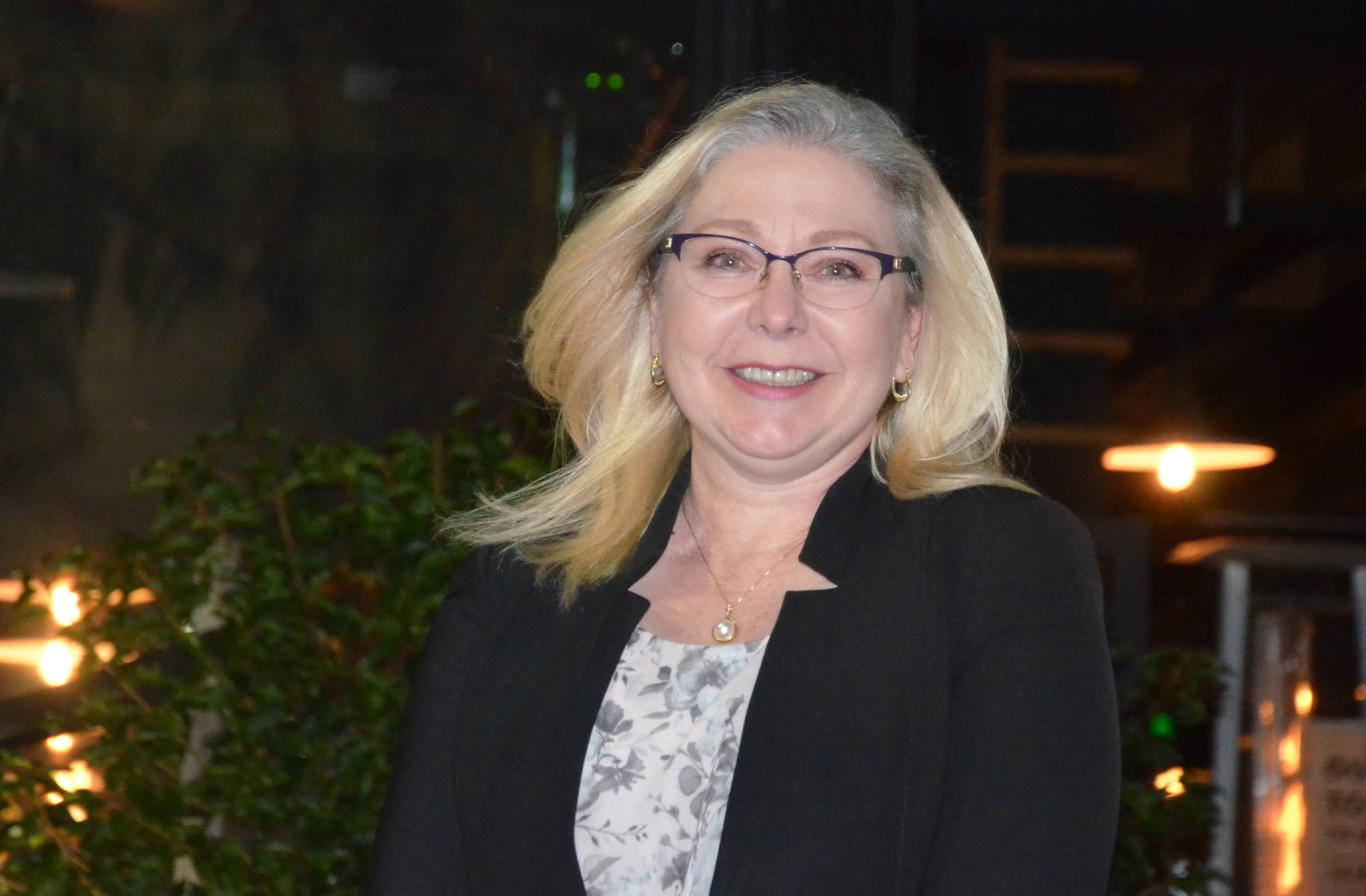