Wagging her tail Layla kept a close eye on the entrance door at a Langley pet food store as she waited to greet visitors during National Adoption Weekend.

The timid pup had a lot to be thankful for as she prepared to go to her forever home in Surrey on Sunday afternoon.

Jewell Snelgrove, founder of Smiles and Cries, said Pit bulls are categorized as a “bully-breed” because they are mistakenly stereotyped as being aggressive, which she said also impacts other Pit bull-type dogs.

“It’s hard to explain [bully-breed], but any dog that resembles a Pit bull, so Boxers are one that fall into that category, even though they’re not a bully-breed,” said Snelgrove. “So any dog that’s affected by [physical appearance.]”

The Surrey-based shelter is an all-breed, volunteer based organization that serves the Greater Vancouver area. The organization aims to engage with the public to raise awareness about adopting rescue dogs.

Layla arrived at the shelter after she was surrendered by a family who claimed she possessed aggressive behaviour.

“Once I went there to meet her and got more of the story I realized she was just fearful, so I was able to take her on and expose her to more noises, more sounds, more people, socialize her,” said Snelgrov. “She had no confidence when she first came in, but now her tail never stops wagging.”

Snelgrove emphasized the importance of learning about the different breeds to better understand if a dog will match the dog owner’s lifestyle.

“For anybody adopting a dog you should research the breed, see what their instincts are,” she said.

Layla has been adopted by a family with children, who has no other pets and that has cared for a “bully-breed” in the past.

“They’re one of the most amazing dogs ever, they really are,” said Snelgrove. “Everything that they stereotype about them we have yet to witness.”

Snelgrove said many of the rescue dogs arrive from shelters and pounds in Quebec and Winnipeg where breed-specific laws exist.

“Just because they look a certain way they have to wear a muzzle, they have to get specific licensing that is hundreds of dollars more than the average person with a ‘regular’ little dog… they are considered a dangerous dog even though the dog may have no history,” she said. “So it’s putting an automatic stereotype on a dog.”

Snelgrove said the shelter has had success in changing people’s perceptions about “bully-breeds.”

“Just don’t give up on these guys,” she said.

The shelter is expected to welcome another four dogs in various breeds from Quebec, a senior Pit bull; a senior Boxer-mix, possibly a Mastiff; a chocolate Labrador-mix; and a black dog similar to Layla in appearance.

Snelgrove said she inquires about the dogs who have been at the shelter the longest because they are often overlooked, and it many cases they’re black dogs.

“A dog is a dog it doesn’t matter what breed it is,” she said.

For more information about fostering or adopting a rescue dog visit www.smilesandcriesrescue.com.

“Adopt and don’t shop, and support your local rescues, we’re all here for the same cause,” Snelgrove said. 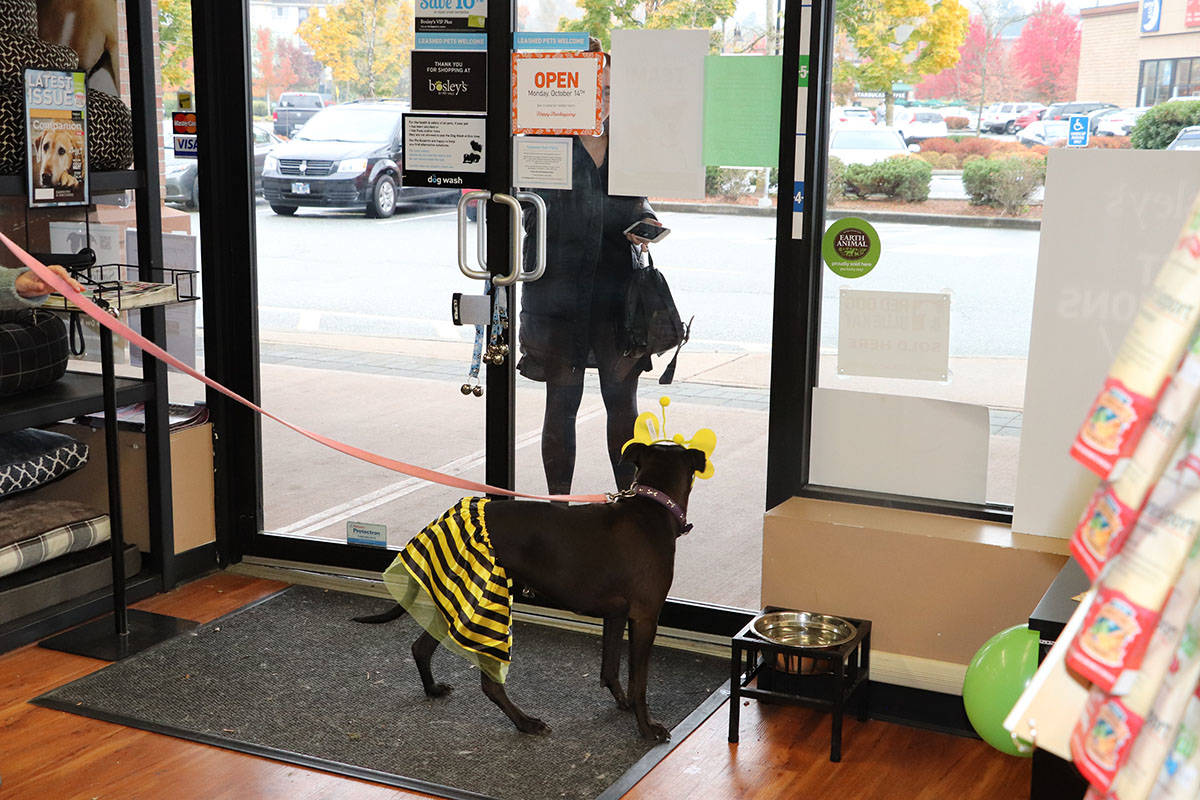 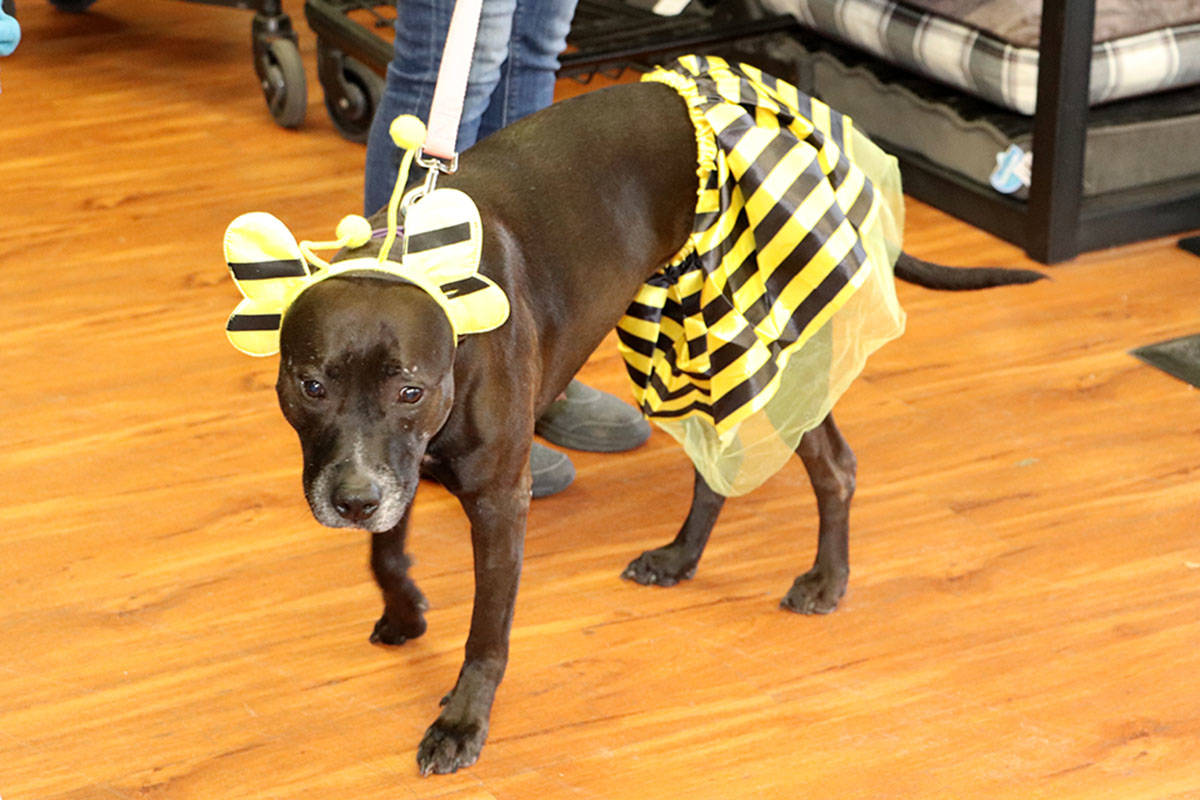 A good scare, for a good cause at Langley home for Halloween

BC Ferries filling up fast with post-Thanksgiving weekend travellers