A Sunday meal of homemade soup, buns, and dessert at a Langley church raised more than $47,000 for Ukraine relief. 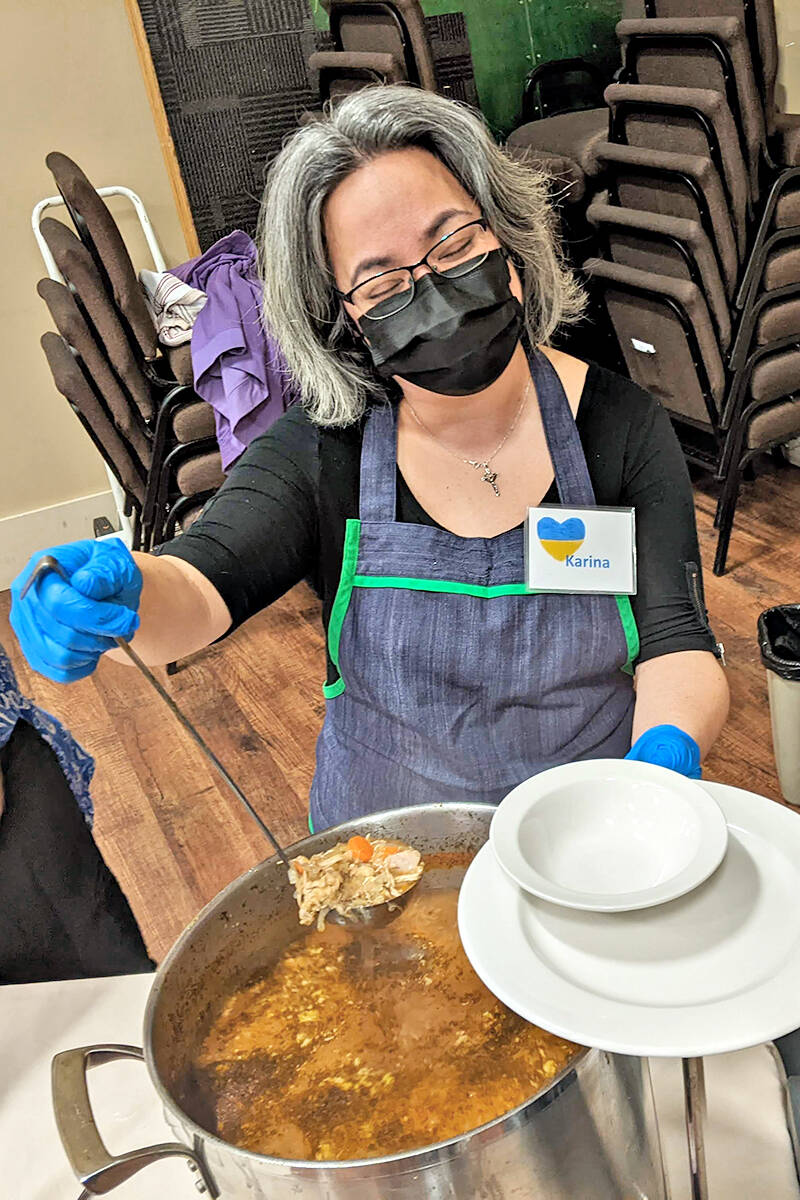 “This truly was a community-wide event,” Schmidt told the Langley Advance Times.

“We put a planning team of six people in charge of details and then asked for about 50 volunteers from our church,” he said.

“Our people really stepped up to serve in various ways, from set up and clean up to parking lot attendants, to greeters, to table hosts and of course lots of help in the kitchen,” Schmidt elaborated.

“This was a total church family event that became much bigger than just us.”

Guest speaker Oksana, a recent Ukrainian refugee, described her narrow escape in the early days of the war, her journey to Canada and how her heart is breaking for those left behind.

South Langley Church covered the cost of the meal so that all of the donations would go to Friends of the Mennonite Centre in Ukraine (FOMCU).

“The money raised will already be on its way to Ukraine where FOMCU will put it to use for some much needed relief work,” Schmidt said. 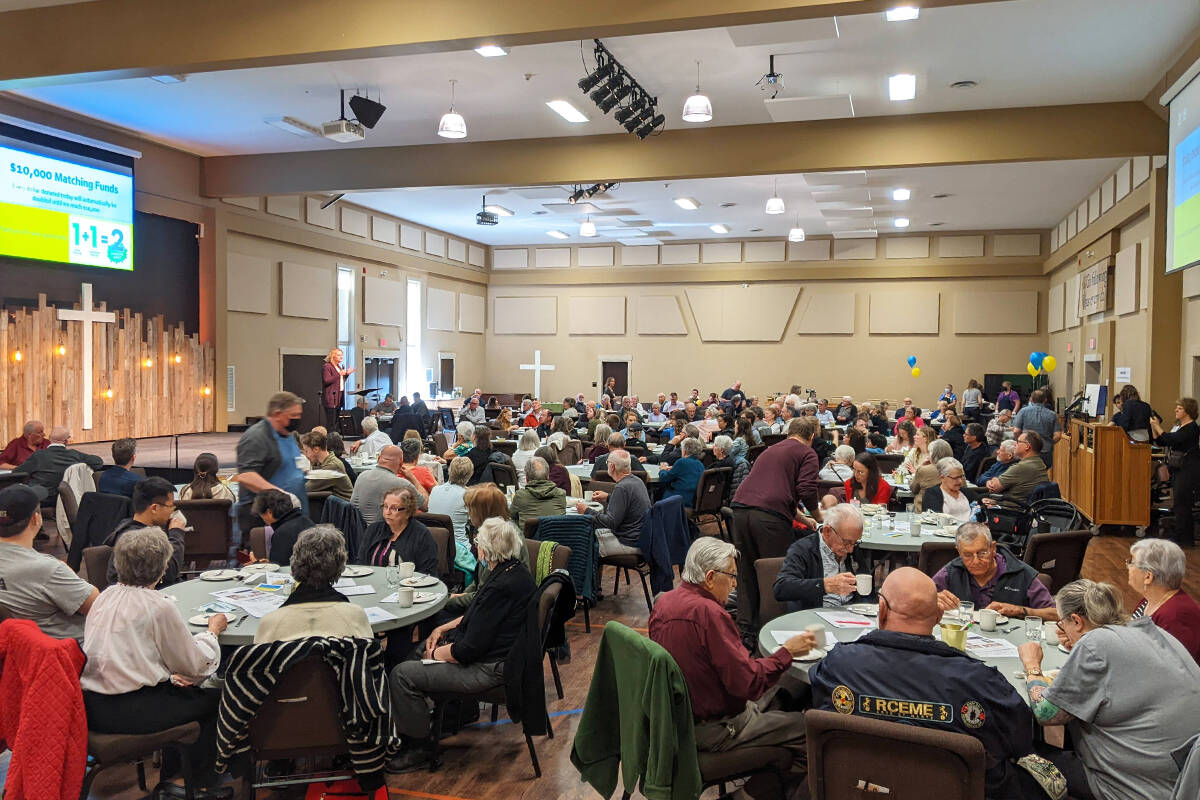 A Sunday meal of homemade soup, buns, and dessert at a Langley church raised more than $47,000 for Ukraine relief. More than 300 took part in the lunch Sunday, April 10, at the South Langley Church. (Cam Penner/Special to Langley Advance Times)

Cam Penner, one of the volunteers, said many of the church members have family histories extending back into Ukraine, with parents and grandparents who fled from previous wars, “so the cause is near and dear to many of us.”

“We are so happy for all of the community support in generously contributing to help ease the pain of those suffering from this horrible war.”

READ ALSO: How some previously-used Aldergrove street banners became a statement of support for Ukraine