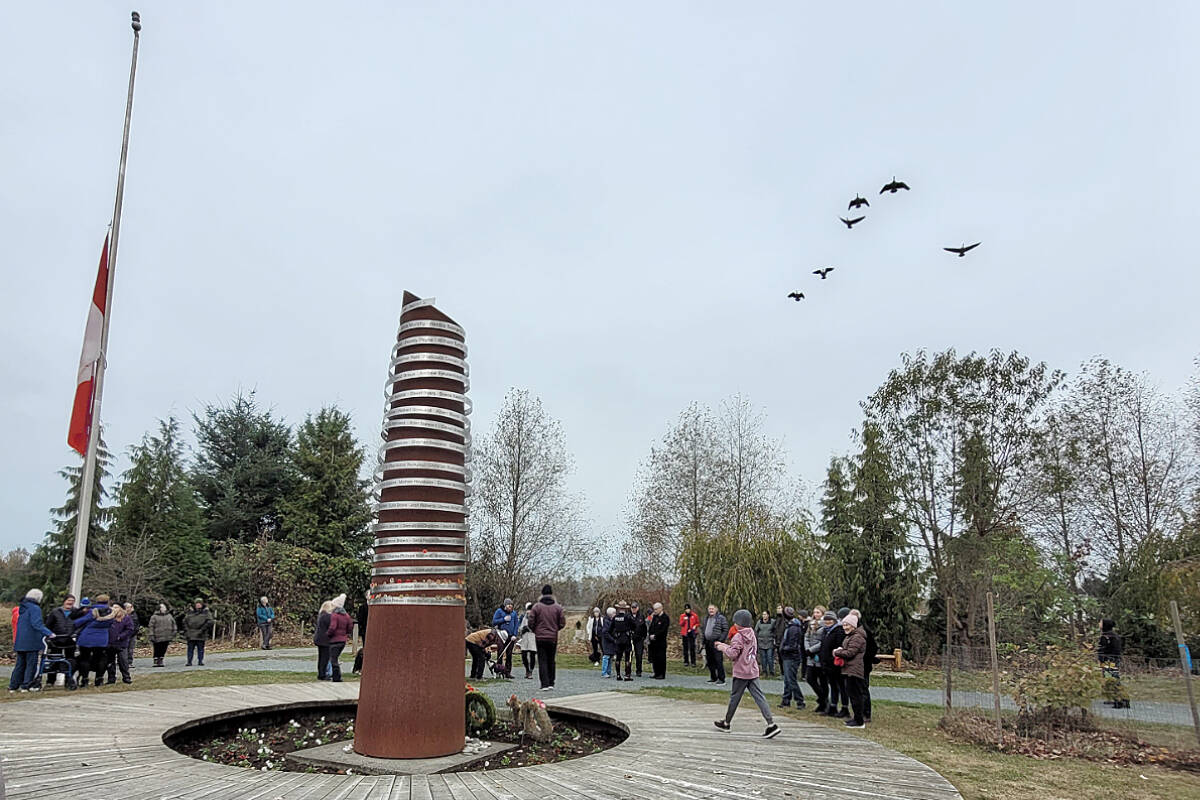 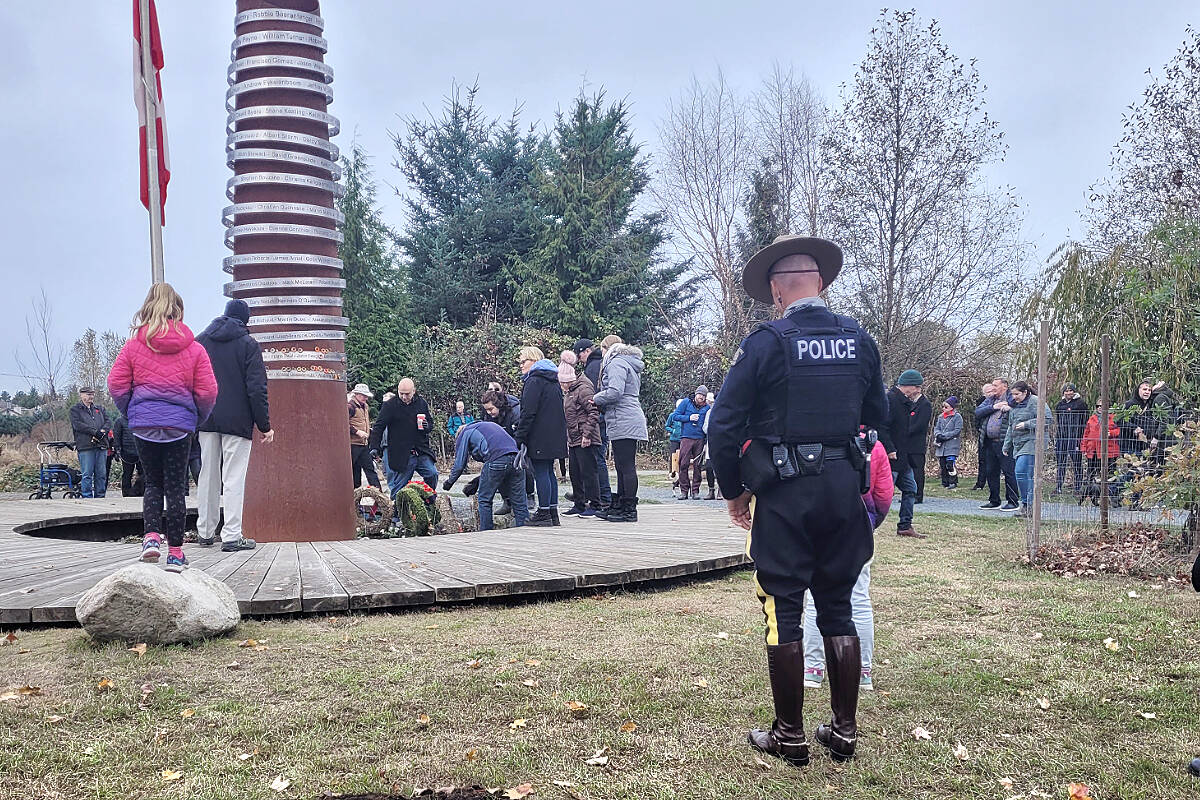 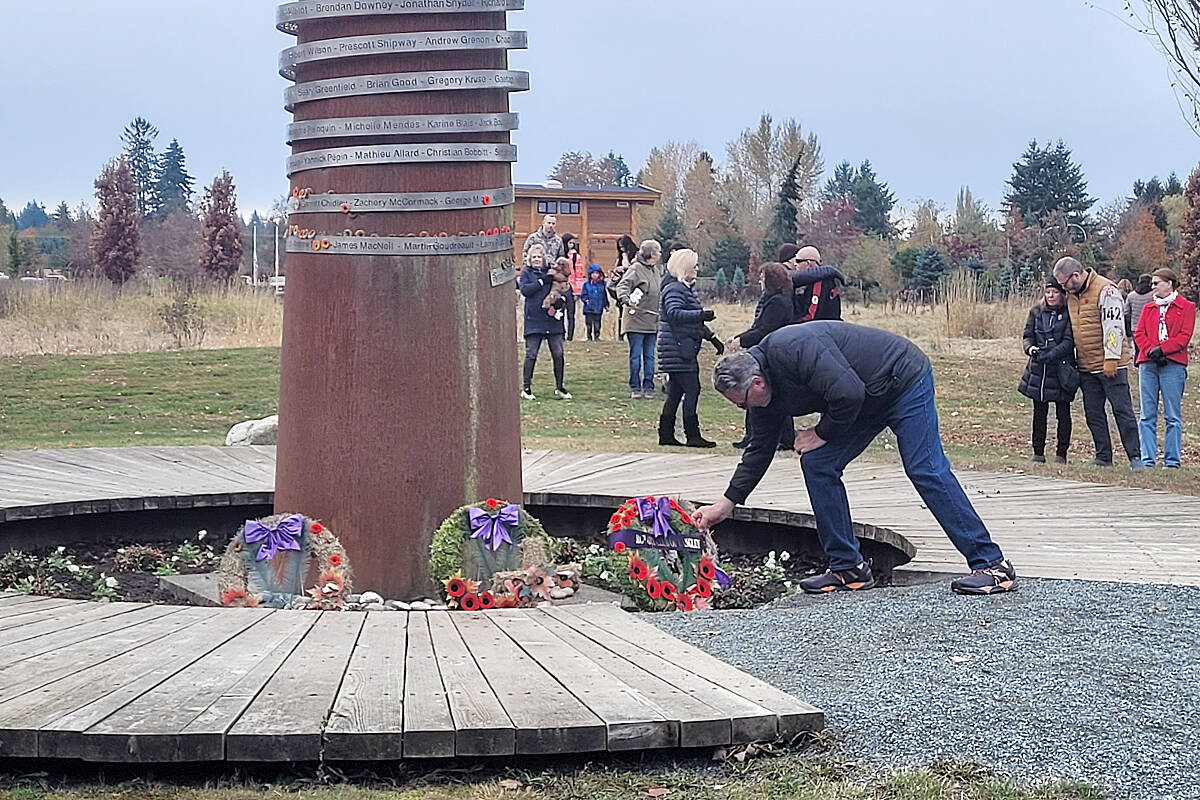 A small group gathered at the “Walk to Remember” Afghanistan war memorial at Langley’s Derek Doubleday Arboretum for a moment of silence on Remembrance Day and to sing O Canada.

Leanne Hofsink, who has been coming to the memorial for the past five years, took some photos of the moment and told the Langley Advance Times she and her family started going to the nearby memorial because other Remembrance Day events were getting crowded.

“We would always be at the back of the big services and we couldn’t hear a thing,” Hofsink told the Langley Advance Times.

Numbers have risen over the years, she added.

“When we started, it was maybe 10 people,” Hofsink estimated.

This year, she said at least 75 people attended. 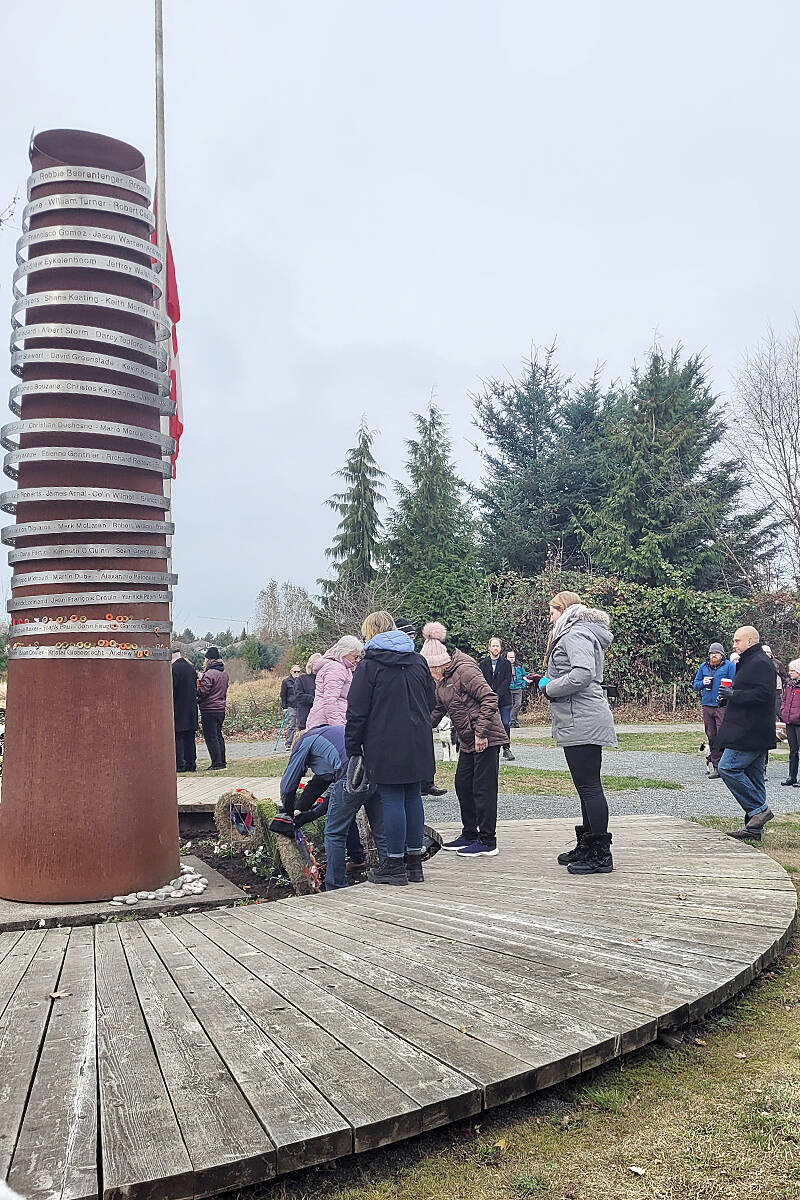 The names of the 158 Canadian soldiers killed in duty in Afghanistan are inscribed on a metal ribbon which wraps around the memorial.

This commemorative structure was unveiled in 2012 at a “Walk to Remember” dedication ceremony, Nov. 11, and the final 158th tree planting in the memory of the 158 soldiers was performed by the guests.

The memorial was initiated by Langley siblings Michael and Elizabeth Pratt, who wanted to plant trees to create a walk to honour every soldier lost in Afghanistan. With the support of the Township and federal government, the idea grew to include the commemorative memorial.

Michael Pratt, and his father James, were present at the memorial on Remembrance Day.

Iranian who inspired ‘The Terminal’ dies at Paris airport