A Monopoly-style game sends players around a board where properties are named after Langley neighbourhoods and parks as Langley-Opoly has hit store shelves.

Outset Media has partnered with Walmart Canada to launch a new limited edition series of board games that include games based on Surrey, Coquitlam, Abbotsford, and smaller towns in the Interior.

The games were to be available for sale on Monday, April 5.

“These games were created to help people appreciate some things they cherish about their community,” said Jean-Paul Teskey, senior vice-president of Outset Media. “The support that communities across Canada have given these games has made it possible for Outset Media to add dozens of additional cities and towns in brand new games that will be released throughout 2021.”

Outset Media is a Canadian privately held wholesale supplier and manufacturer of toys, games and puzzles based out of Victoria.

READ MORE: Realtors battle it out over Park Avenue, the Electric Company, and railroads 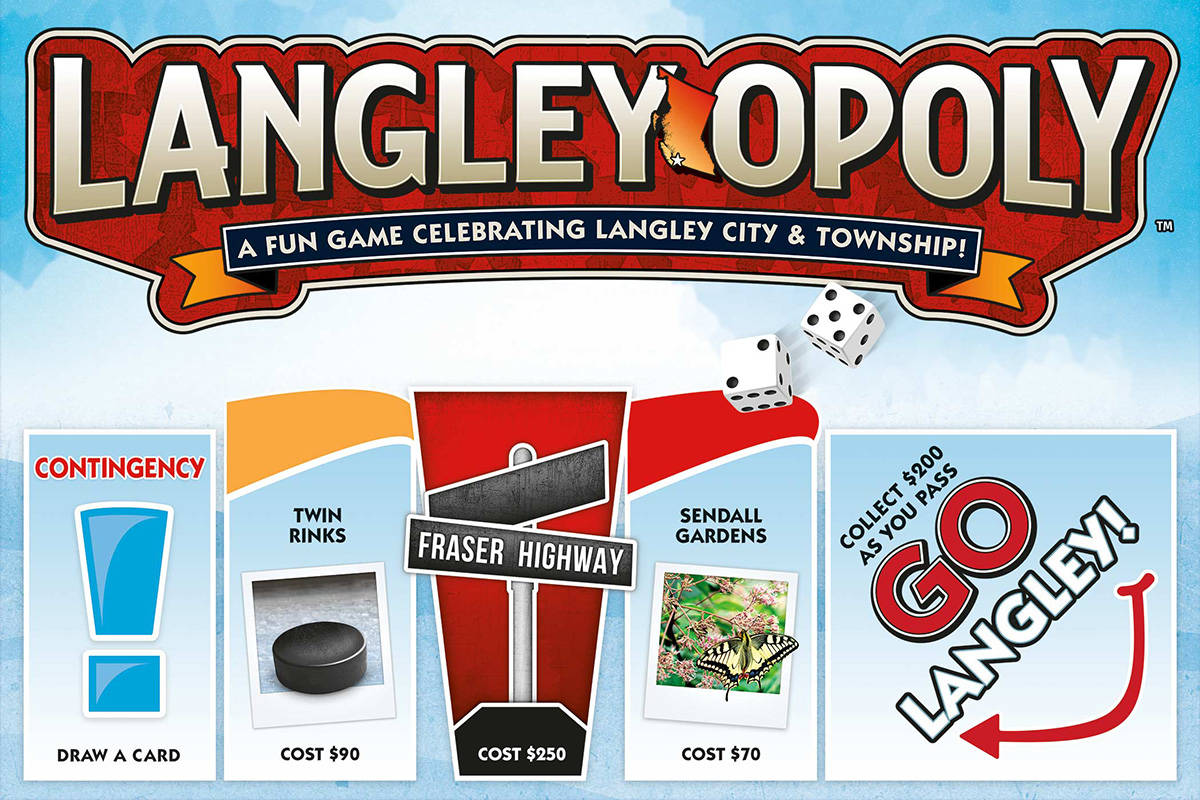 The LangleyOpoly game is available via local WalMarts. (Outset Media/Special to the Langley Advance Times)

The young reptile is scheduled for operation on Tuesday