Langley City Coun. Nathan Pachal has been walking by the triangular shaped park at 5999 Production Way for years.

He noticed there was no sign giving the park name, and when he got around to investigating, he found out that was because it doesn’t have a name.

That seemed strange to Pachal, who knew that other small parks in the City have names, like the narrow sliver of land at Eastleigh Crescent and 56 Avenue that is known as the Legion Memorial Gardens, after the Legion branch that used to be located across the street.

A park with no name seemed to be a lost opportunity to connect with Langley City’s history.

So Pachal, who writes an online blog devoted to local issues, asked for suggestions, calling it “The Totally Unofficial Name-That-Park Survey.”

“What would you name the parklet at 5999 Production Way?” the Thursday, Aug. 13 posting to Pachal’s South Fraser Blog asked.

“Langley City has 18 parks and an extensive trail network which includes the Nicomekl Floodplain,” Pachal declared.

Technically, there are some undeveloped properties belonging to the City that are also unnamed, but the difference with the “parklet” is what Pachal described as the “intense landscaping” that makes it a lot more than a mere vacant lot.

“Every trail and park [in the City] has a name except for one lonely park at the corner of Production Way and Fraser Highway,” Pachal declared.

With so many serious things going on right now, sometimes it is good to have a little fun, Pachal explained.

“Some refer to historical figures like the first mayor of Langley, or indigenous persons, or the shape — calling it ‘triangle gardens,” Pachal related.

Pachal stressed the unofficial nature of the survey to the Langley Advance Times, saying for any name change to be official, it would have to go through the full, regular council process.

That being said, if there is a clear winner, Pachal expects to be mentioning it to his council colleagues.

The survey is currently at https://forms.gle/xn2B6isk6ErVh6uo9. 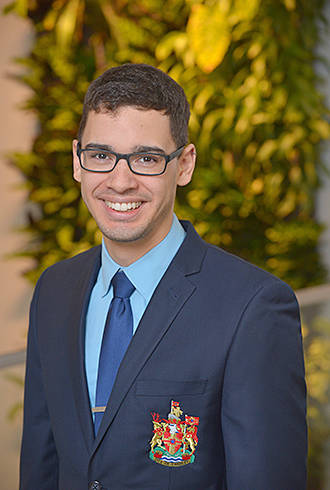 ‘Sick Out’ aims to pressure schools over masks, class sizes