Another house fire in Willoughby Friday morning has left area residents worried about the ongoing threat to their neighbourhood.

An abandon home in the 7600-block of 197th Street went up in flames just before 5 a.m., and neighbour Laurel Thomas commended the actions of Township firefighters for having prevented the blaze from spreading.

“Fortunately the firefighters were called and able to contain the fire to the house, protecting the forest and surrounding houses,” she explained.

Three fire halls responded to the blaze, but the empty house was destroyed.

The exact cause was unknown.

There was a previous fire at the same home about two weeks earlier, which Ferguson said may have been caused by someone buring the insulation of stolen copper wire.

Thomas said the house has been a problem for several months, in part due to squatters, vandalism, and illegal parties.

“My neighbours and I have seen several houses abandoned for future development,” she said. They remain subject to some of the same problems of vandalism, squatters, and dumping and have prompted neighbours to complain to the Township of Langley.

“But our concerns seem to be falling on deaf ears as the Township said ‘they are working on changes’,” Thomas said.

The neighbours have been asking that these houses be taken down as soon as the renters are moved out.

“It’s uncertain how this fire was started,” Thomas said. “But it’s a very big concern that our neighbourhood continues to be put at high risk for this to happen again unless they take these abandoned houses down immediately on their vacancy.”

There are bylaws that can force the owners of vacant properties to board up the homes and secure entrances, intended to prevent fires and vandalism.

If there is a vacant house that is a concern, call the Langley Township general line at 604-534-3211, and ask to speak to the bylaw enforcement department, said Ruby Senghera, manager of bylaws.

“We’re happy to follow up on that,” she said. 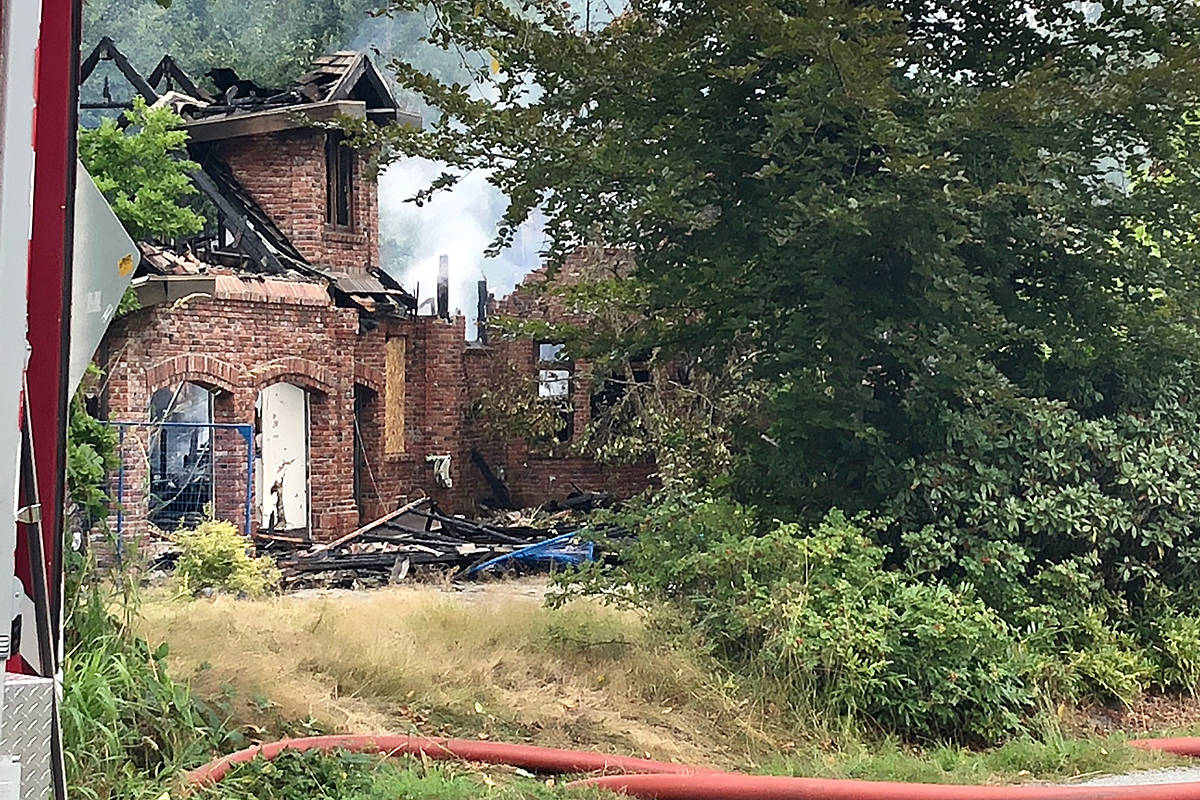 Township firefighter were able to knock down a blaze in an abandoned house in Willoughby early Saturday morning. But not before extensive damage was done. (Laurel Thomas/Special to Black Press Media)