UPDATE: Right lane has been opened, but huge delays remain.

All westbound Highway 1 lanes are blocked from a crash at Mt. Lehman Road in Abbotsford.

The crash was first reported just after 11:15 a.m. by DriveBC.

An assessment is in progress, but no time for re-opening has been given, DriveBC said.

Video has been posted to social media of an air ambulance landing close to the crash site.

Vehicles are backed up past Whatcom Road. Expect significant delays.

UPDATE #BCHwy1 WB CLOSED at Mt Lehman rd. in #Abbotsford due to a vehicle incident. Assessment in progress. Estimated time of opening not available. Detour not available. Expect major delays in the area. #Chilliwack #Langley
For more information: https://t.co/wpf1FKCDOw pic.twitter.com/7TtqM7E0Zq 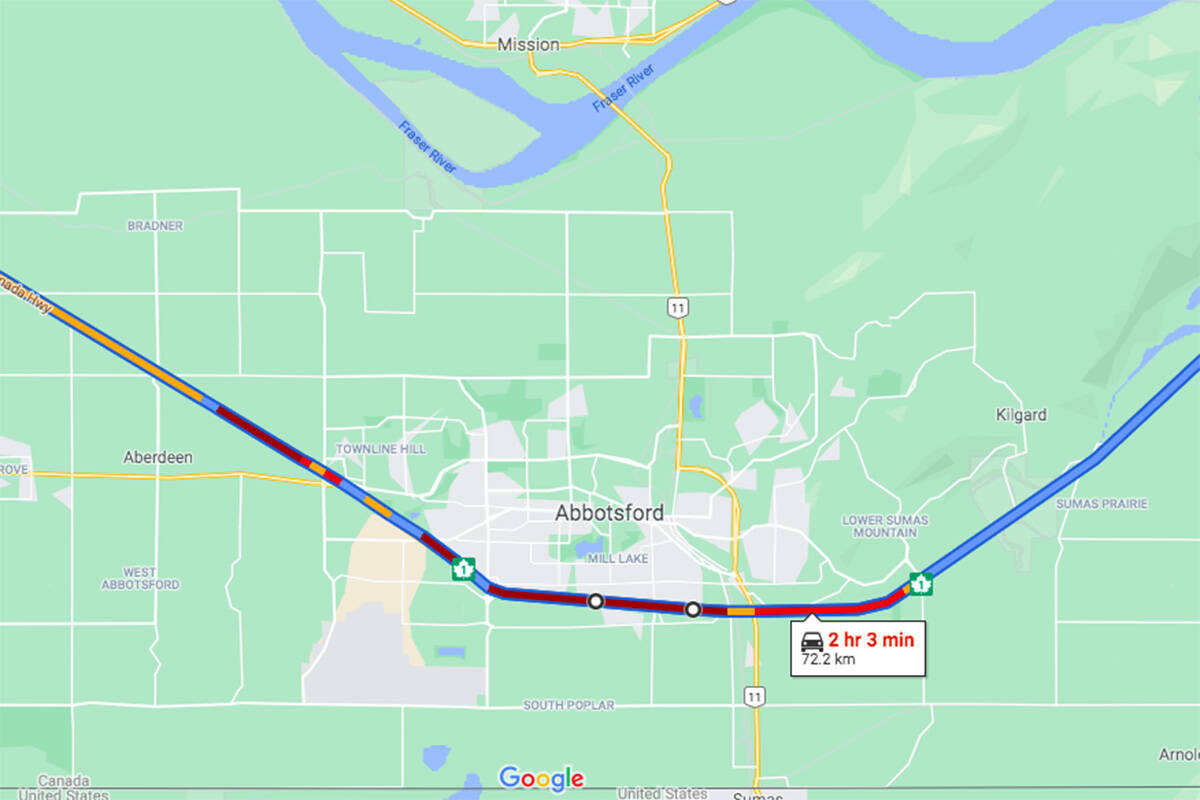