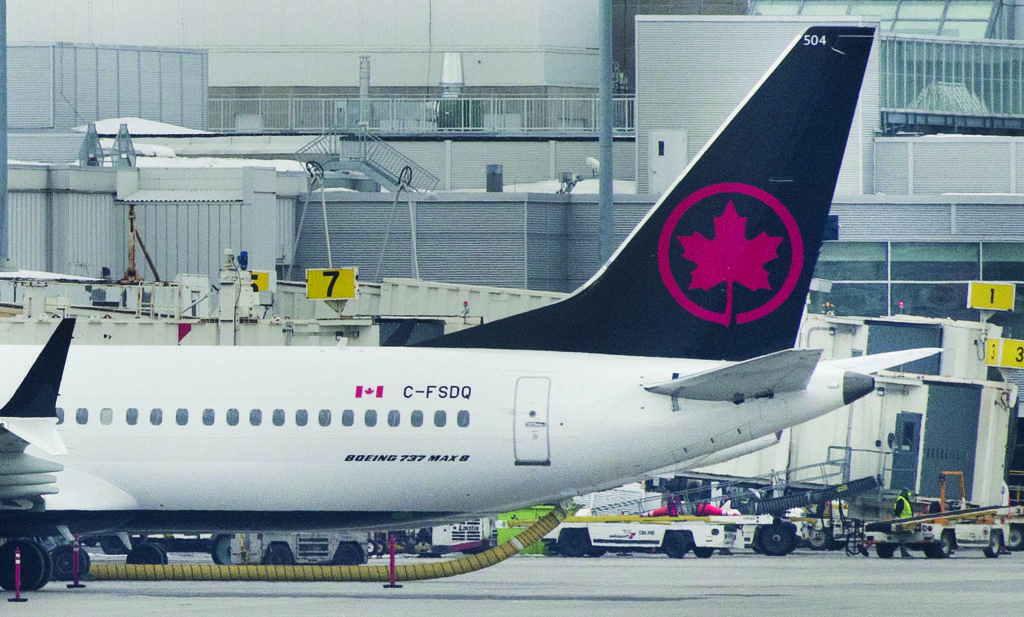 FILE – An Air Canada Boeing 737 Max 8 aircraft is shown next to a gate at Trudeau Airport in Montreal on March 13, 2019. THE CANADIAN PRESS/Graham Hughes

WestJet says it plans to bring back nearly 6,400 employees on to its payroll with the help of Ottawa’s emergency wage subsidy program.

He says employees will be back on the company payroll once the federal government has approved the Canada Emergency Wage Subsidy program.

Air Canada said it would use the program to bring back about 16,500 employees it laid off in March due to the fallout from the COVID-19 pandemic.

Sims says it doesn’t mean all the employees will be automatically coming back to work because there might not be work for them to do, but he says it will help the workers financially.

WestJet continues to operate flights during the crisis, but it has slashed its capacity.

International air travel has dropped to record lows, with passenger volumes at Canadian airports decreasing by 96 per cent year over year for the week starting March 30, despite thousands of travellers returning home on repatriation flights, according to the Canada Border Services Agency.

“While our seat capacity and operations have decreased by more than 90 per cent overnight, we are trying to keep as many of our employees as possible during the crisis and this measure will certainly help,” Air Canada CEO Calin Rovinescu said in a release Wednesday.