A 60-year-old man from Aldergrove “can finally afford to retire” after winning more than $24 million during a Lotto 6/49 draw last Wednesday.

Long-time local, Ron Cumiskey, had the sweetest dreams of his life after realizing before heading to bed, that a jackpot-winning ticket was his.

Cumiskey was just about to turn out the light when he remembered he hadn’t checked his ticket yet. He pulled out his phone and his ticket to compare the results online.

“I checked it two, three, four times before it finally sank in,” he recalled.

“It’s the dream you never think is going to come true. It’s more than I ever expected.”

Cumiskey had found out he was going to be a multi-millionaire, and could finally retire from decades of working.

The first thing he did with the news was tell his girlfriend, Kim, who initially thought he was pulling an April Fools’ Day prank.

The next morning, on Thursday, Cumiskey called his boss of more than 20 years, Frank at Tirecraft.

“I said Frank, I’m retiring. You know that guy in Aldergrove who won 24 million? That’s me,” Cumiskey recounted.

His boss was also stunned by the news.

An Aldergrove resident since 1981, the multi-millionaire plans to stay local – with the exception of a beachfront property on Vancouver Island he plans to buy, to be closer to his eldest daughter.

“My daughters are not going to have the stresses in their life that I went through,” Cumiskey said, pledging to pay the mortgages on their homes and help ease further financial troubles.

“I want to spend it helping the people that are close to me and have been there for me through my life,” the father added.

To do that, Cumiskey plans on buying a brand new SUV that can fit all of his kids and grandkids – at once.

The vehicle will come in handy during his future travels to Canada’s East Coast, he said, also planning to visit Pearl Harbor in Hawaii.

Cumiskey, a regular lottery ticket holder, is the third resident in B.C. to win the Lotto 6/46 jackpot this year.

During his on-camera interview with British Columbia Lottery Corporation president Greg Moore, the winner admitted he had a ticket for Wednesday’s draw in his pocket. 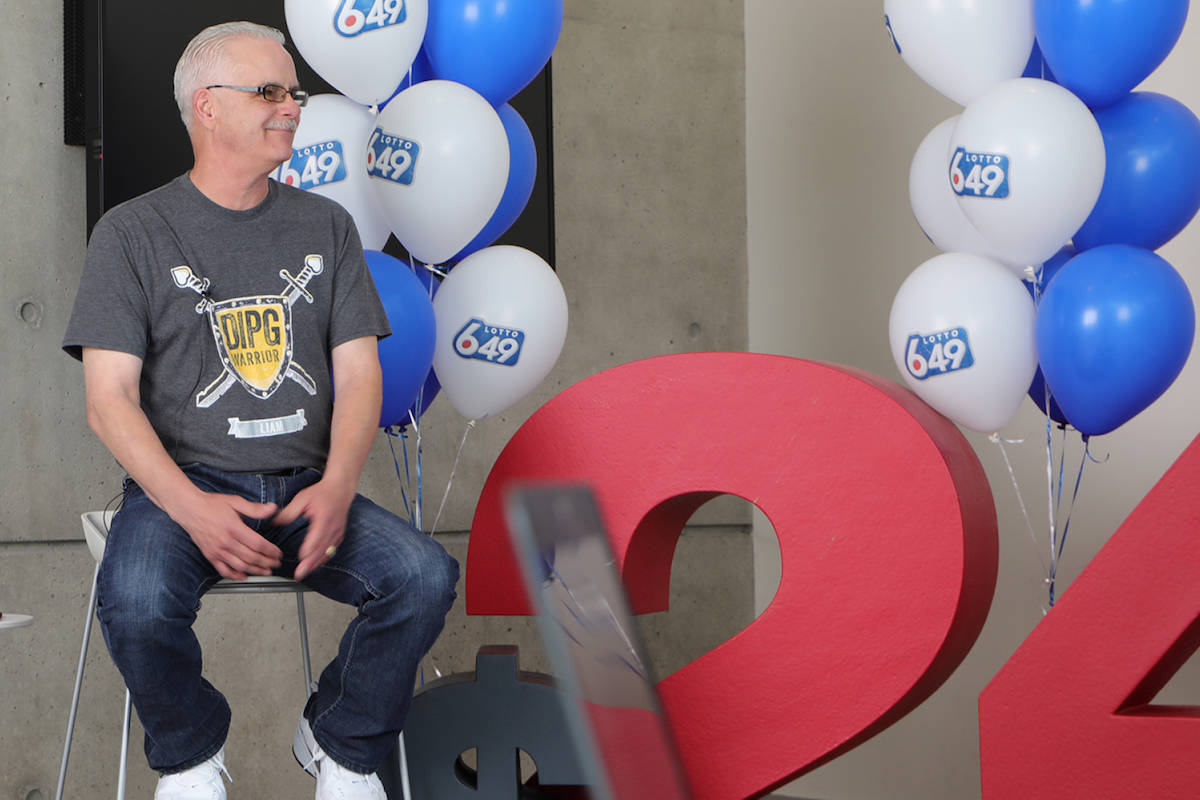