More than 200 sports leaders packed the banquet hall to hear stories, share laughs, and learn lessons from their peers.

The award was determined by a peer vote.

Throughout the years Hunter has volunteered his time to mentor coaches with Aldergrove United Soccer Club, as well as players on Aldergrove Youth Soccer teams.

The memorial award is “for a coach who exemplifies Langley School District’s core values of integrity, courage, community and excellence,” the district said.

“It is someone who is passionate, dedicated, and has made a significant difference in the lives of students.”

Hunter is referred to by his colleague Dan Renaud as someone whose put “so much time into the kids in this community” through various recreational programs and sports.

“From basketball to volleyball – you name it and Brian has probably been involved with it in some way,” said ACSS teacher Weston Wedan.

After accepting the award, Hunter shared some wisdom by telling the crowd of coaches that strong relationships are key to success.

“Every team that I’ve had the opportunity to work with, I’ve treated them as a family,” Hunter explained.

On Monday, Hunter told the Aldergrove Star he is “still overwhelmed” by the award and the congratulations that have followed. 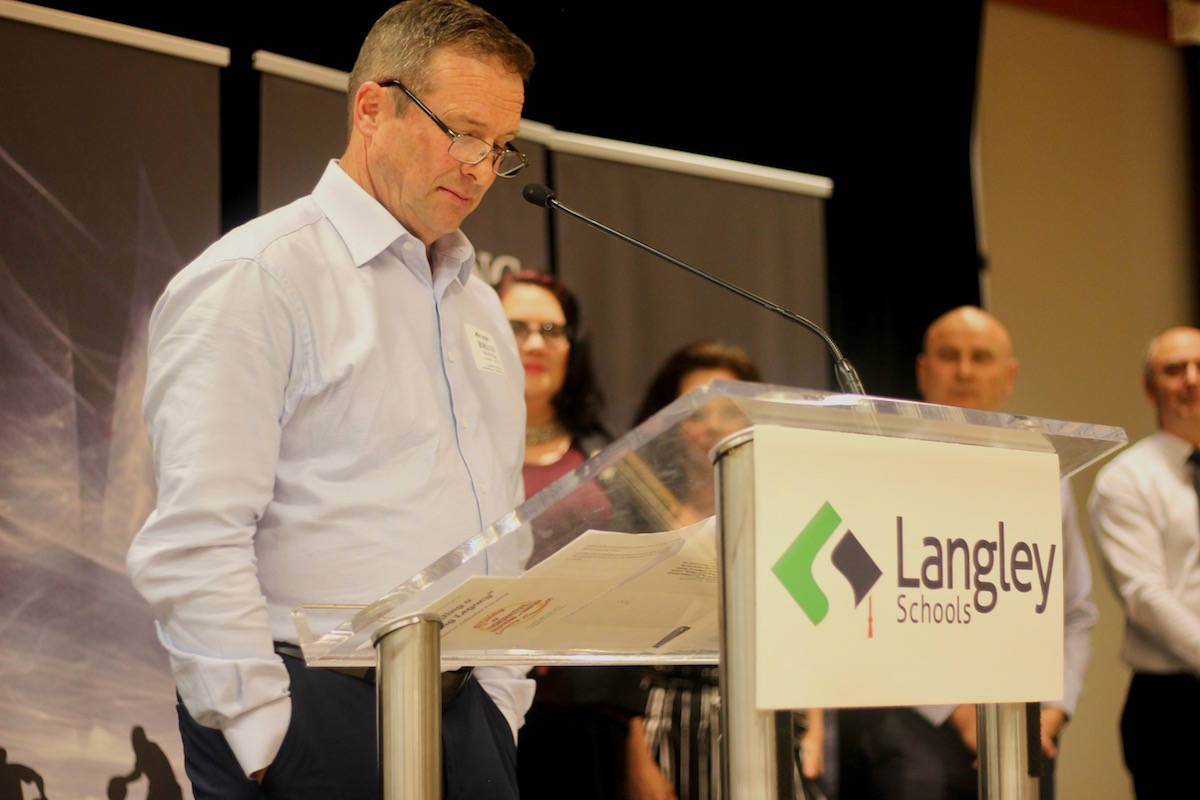