It was a first for the Langley Good Times Cruise-In, president Wayne Patterson said.

Just over 975 cars had pre-registered, a figure that doubled that of last year, all entered the closed-off section of Fraser Highway running through Aldergrove as early as 8:30 a.m.

“Cars were backed up on the highway. It took me 15 minutes to get off at the Aldergrove exit,” Aldergrove Business Association president Jodi Steeves said.

Others had to be turned away – whether pre-registered or not, and found parking spots on side streets including 271st Street, where spectators still ventured to see them.

Riccardo Sestito, a long-time member of the Cruise-In’s volunteer board, said cars were still lining up after the show got underway.

It was the most ever for the Aldergrove event in the three years that the car show has been held there, but not the most for Cruise-In overall, Patterson explained.

Aldergrove shops and community groups stepped forward, many setting up and serving food, water, or introducing fun family games like jumbo Jenga by the Aldergrove Credit Union and a hula hoop toss by the Aldergrove Skating Club for those attending.

“It’s all about getting back the pride in Aldergrove,” the Aldergrove Fair committee executive director Karen Long said.

“Aldergrove is changing, you can feel it,” she added.

Thousands upon thousands of show-goers lined the road, which was closed for the first-time ever on such a scale, Sestito said.

Steve Nicholson of Super Steeve’s Tires said that the event “is good for all the small businesses in Aldergrove.”

Aldergrove-based Quiring Towing and Recovery, with the help of local celebrity Al Quiring from Highway Thru Hell and his wife Nancy partnered with the Aldergrove Elks Association to donate a portion of their profits from merchandise sold to the local charity organization, which assists families in need.

The Quiring family did the same last year, contributing $368 to the Elks.

In-N-Out Burger, the iconic hamburger stand that only comes to Canada once a year and only to the Cruise-In, was completely sold out by 10 a.m.

Metro Vancouver residents including the Peng family from South Surrey, lined up as early as 5:30 a.m. to grab a ticket and an eventual Double Double meal.

The group was served their meal just after the pop-up burger stand opened at 8:30 a.m.

Clayton Lindberg, who donated the front lot of his Re/Max office for the In-N-Out Cruise-In charity initiative, said Saturday “was a perfect day,” with ideal weather.

“We had a great day. We had great weather,” Patterson said.

The president said initial indications of funds raised for charity are up, though there is no confirmed final amount.

Next year, organizers plan to have two staging areas to admit cars to the event to reduce congestion.

Despite damp weather conditions on Sunday, the swap meet attracted 40 vendors, and raised about $5,500 for charity. 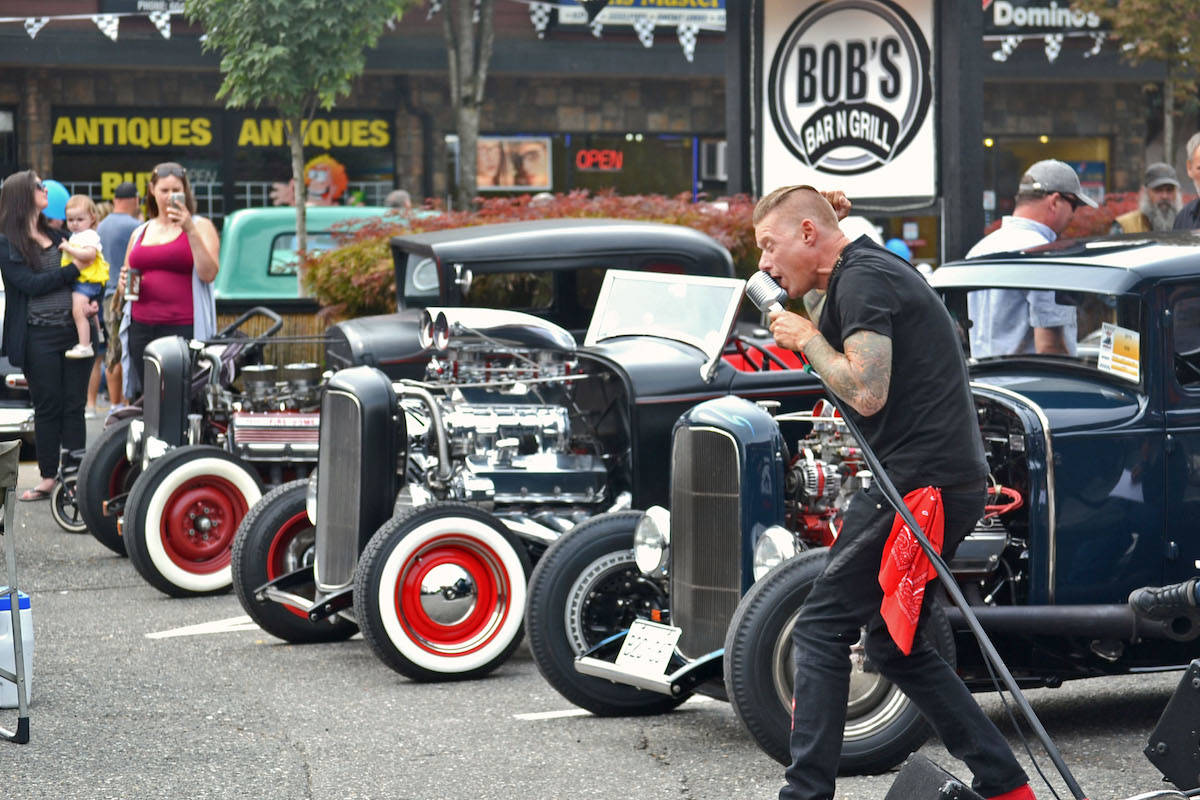 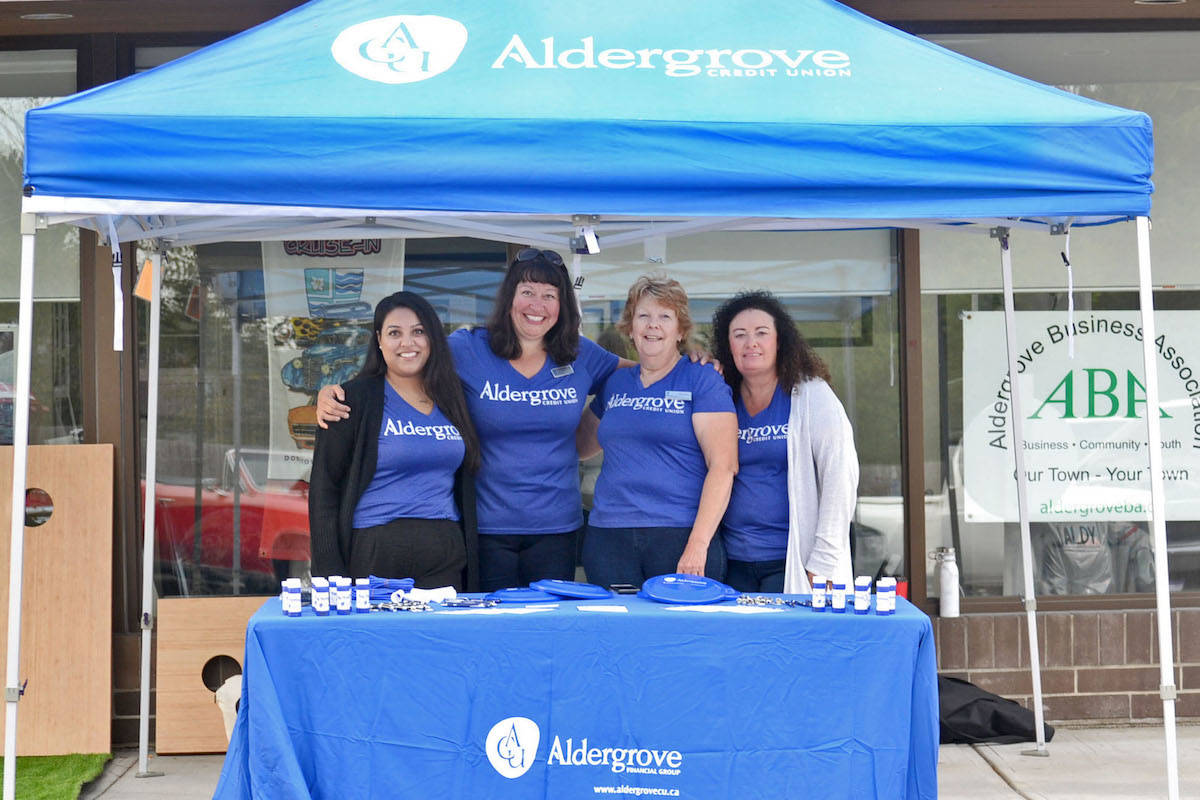 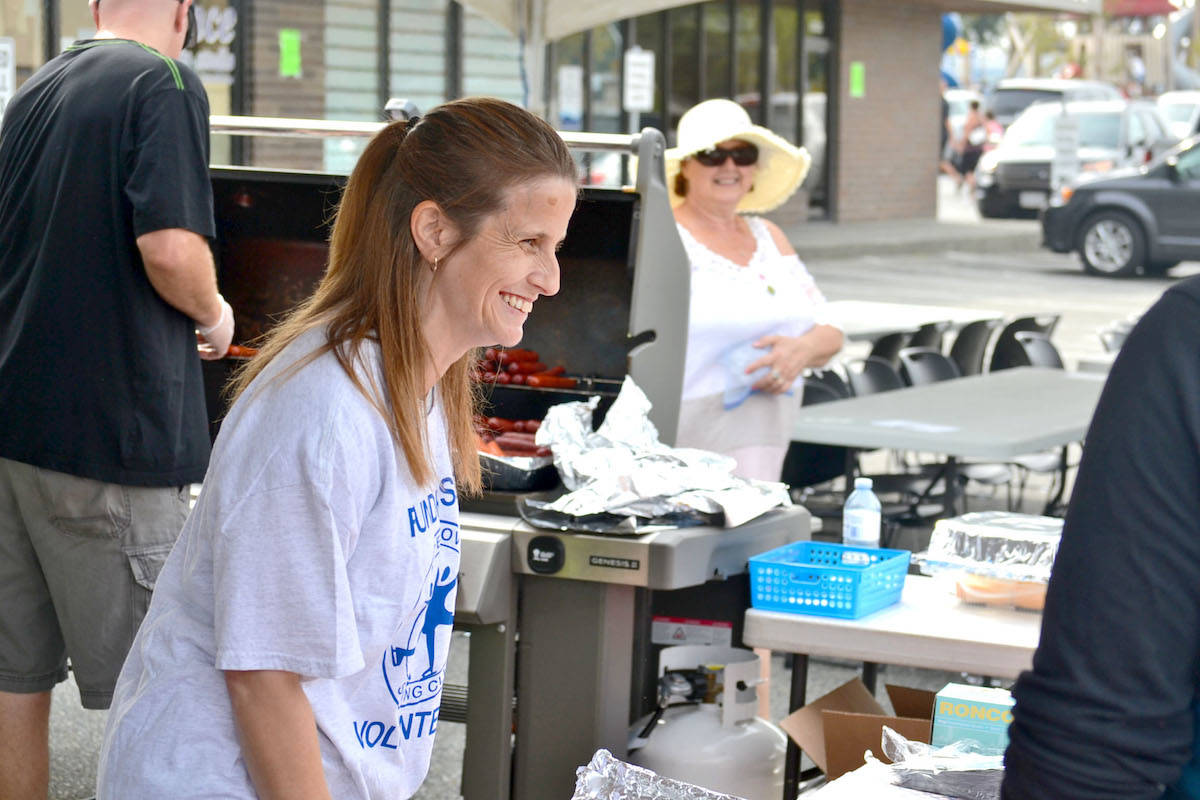 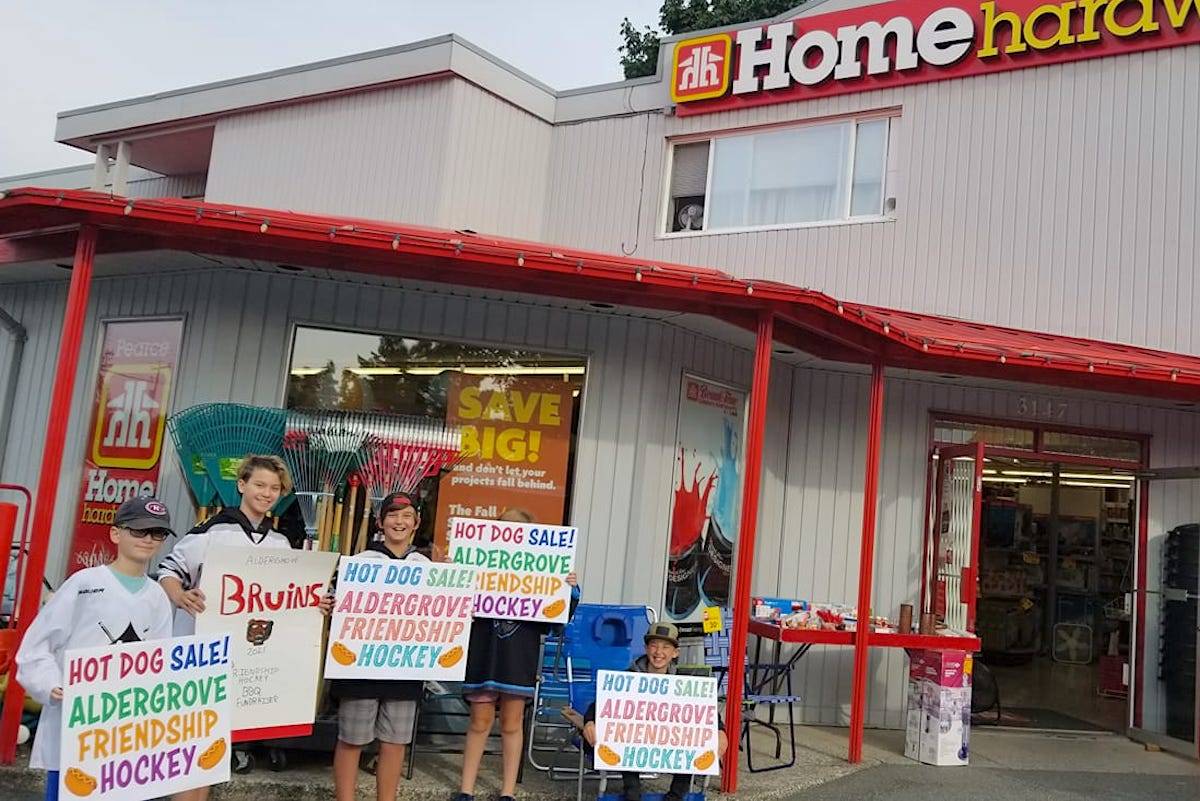 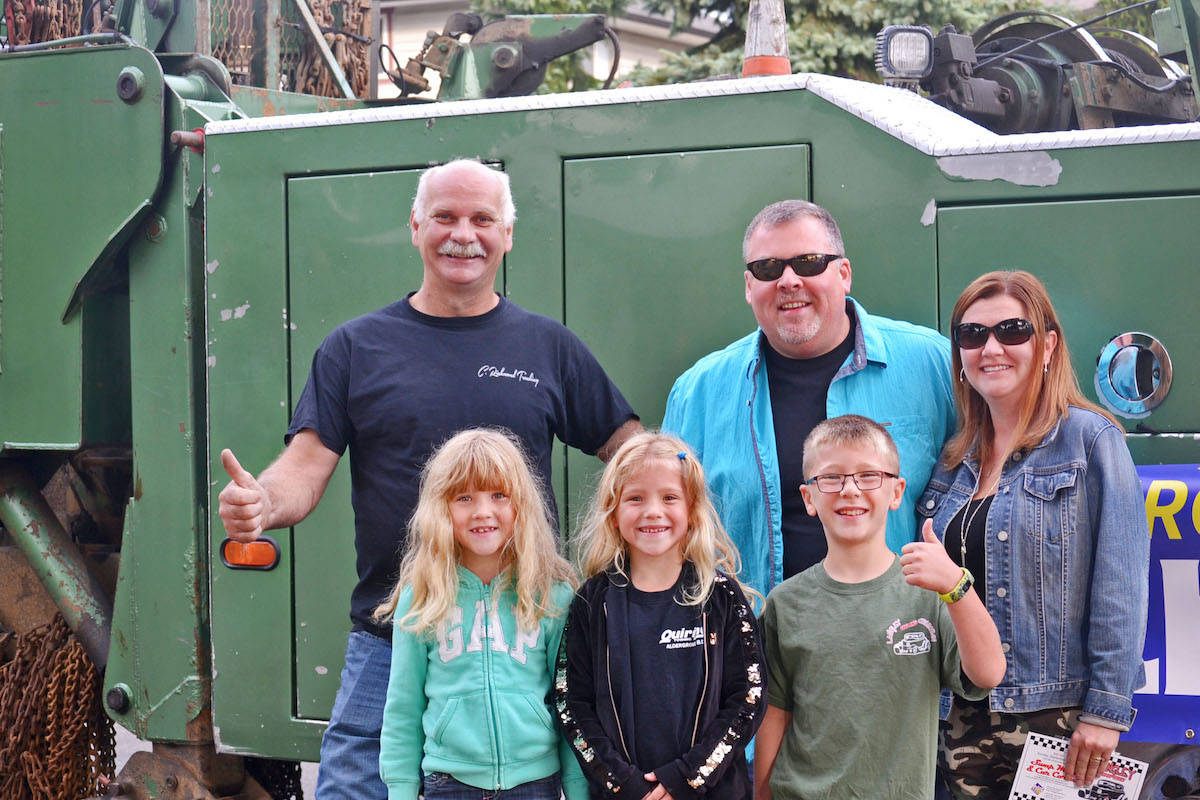 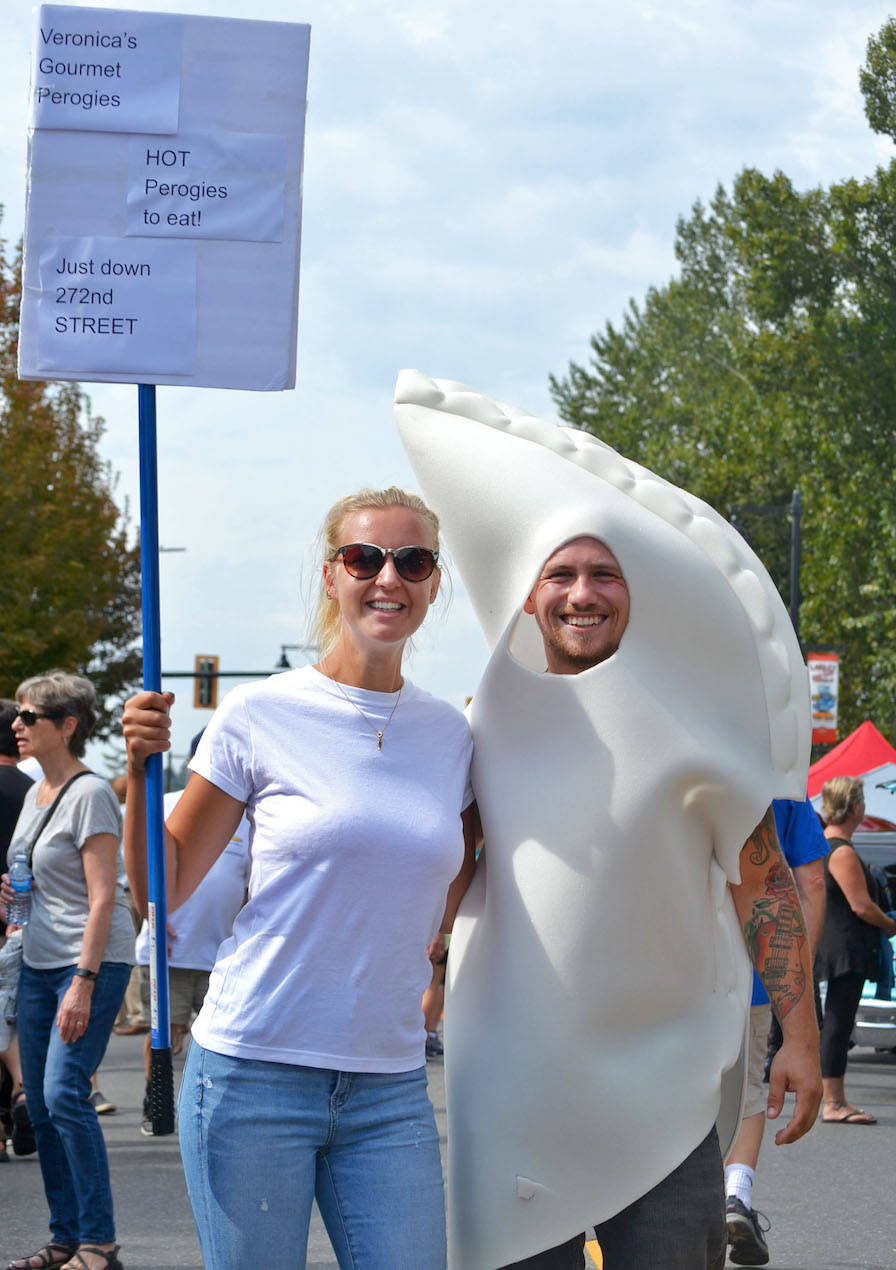 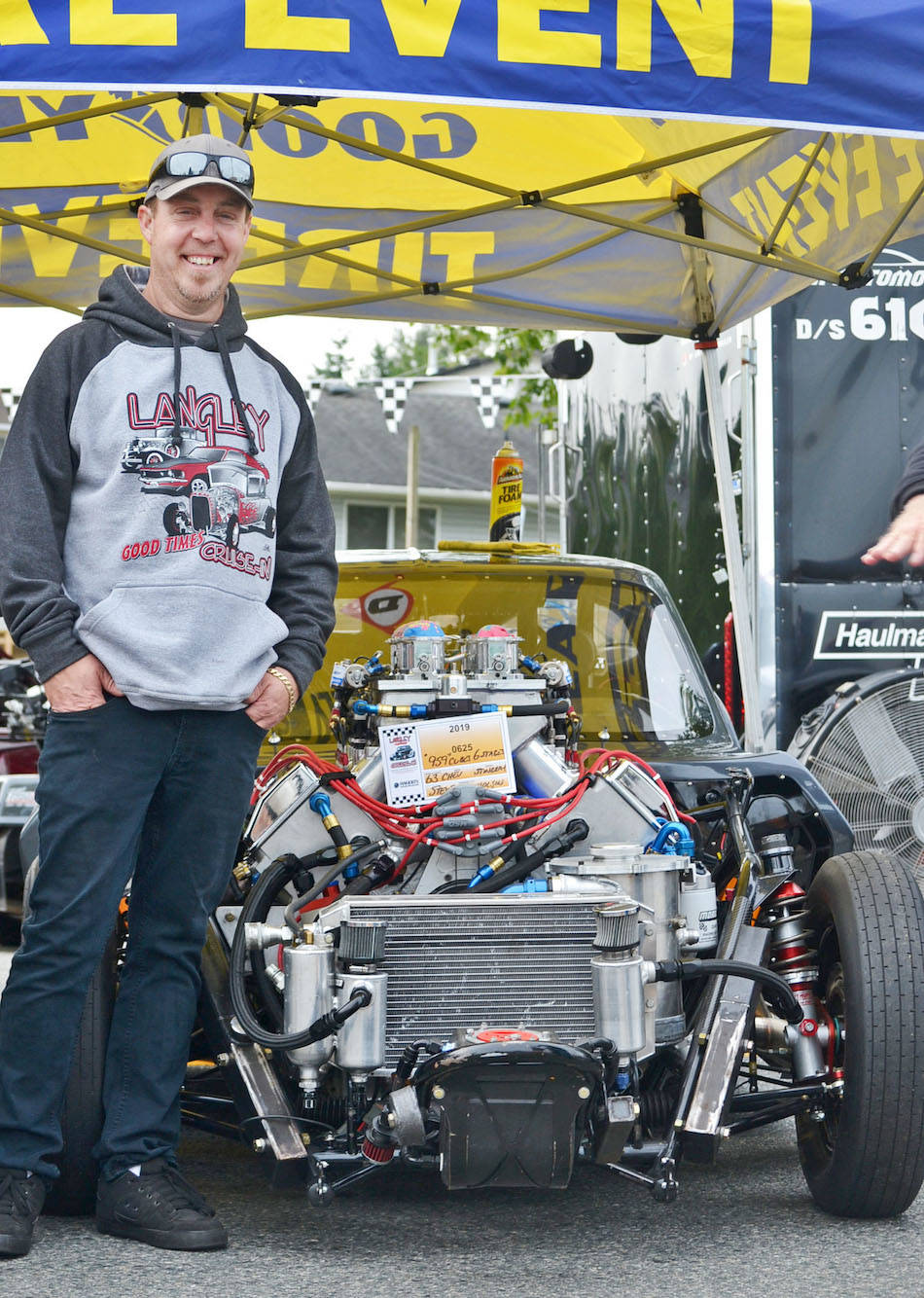