Shortreed Elementary School, in Aldergrove, is paving the way for reconciliation with its Grade 4 and 5 students of the Langley School District.

Visiting the school, which closed in 1984, was a heavy reminder of Canada’s past for all who attended – including principal Chris Wejr, an Aboriginal support worker, and other parents who stepped forward to take part.

Cultural advisor and historian Sonny McHalsie – whose mother was forced into attending the school, much like Bedard’s grandfather in Port Alberni – led the school group through a tour of its facilities and revealed bits of his personal journey on Oct. 18.

“When we first got there they took us into the chapel, and in a big circle of chairs the students all sat in silence for 15 minutes,” said Bedard, a teacher at Shortreed for four years.

“The kids started to realize that this is the place where the [Aboriginal] children actually were,” she said, and the downpour of rain outside spoke to the cold and cramped conditions of its facilities.

McHalsie took the group through the school’s kindergarten dormitories, which were tiny and inhospitable, Bedard mourned.

“To know that when I was in kindergarten, there were five year-olds there with no clue why they were not with their families. I couldn’t stop picturing my girls in those dorm rooms,” Wejr grieved.

On the grounds was a small cemetery that laid to rest indigenous children, some of the 6,000 who were estimated to have died during their time in residential schools.

After the field trip, various parents and community members came forward and admitted to their personal ties to the school and other residential facilities.

Melissa Epp, mother of a Shortreed student, said her grandmother was a student at St. Mary’s.

“Thank you Shortreed for taking the time and teaching our students the truth of the past, and the ongoing intergenerational trauma that resulted. Together we heal, and the openness to understand and learn is so important,” she said.

A Chilliwack mother who went to high school with Wejr, Wendy Herrling, said her mother, aunts, and uncles all went to St. Mary’s.

“In knowing the truth you can continue to help others… it just makes me ill looking at the pictures and recalling my mom’s stories,” Herrling added.

Bedard admitted there is no curriculum set by the Ministry of Education on how to teach First Nations’ history and matters of reconciliation.

In beginning to teach her Grade 4 students last year about it, she was supported greatly by Shortreed staff.

“When I was in Grade 4 and 5 I didn’t see myself in a textbook, I was a paragraph,” Bedard admitted.

“I would never have imagined that four years ago I would be teaching this; being Aboriginal.”

2019 Orange Shirt Day Video: A Journey of Reconciliation from Shortreed Elementary on Vimeo.

For Orange Shirt Day this Sept. 30, students shared their responses about “the meaning of reconciliation” in a short video.

“It’s a day where we remember a girl whose grandmother gave her an orange shirt, but when she went to residential school they took the shirt away from her,” one student said.

Reconciliation means “taking notice of the past and making sure it doesn’t happen in the future,” another added.

The video acknowledges Prime Minister Stephen Harper’s June 2008 apology to the 80,000 living First Nations’ survivors and family members of those who suffered in residential schools.

Indigenous children were ripped away from their families as early as 1831, which is something Shortreed’s curriculum is actively working to make sense of for its students.

Other teachers at the school have followed suit.

“One of the things that I do now that I am a teacher is to celebrate the ideas of our First Nations people,” Mrs. Kirk shared.

Including a talking stick which she passed around to promote peace amongst class discussions.

“Because I can start to make school a place to make things better,” the teacher said.

What Shortreed students are being taught by some teachers is “a level of education that not everyone is getting,” Bedard emphasized.

“When I went to school we didn’t learn the complete truth about the horrors Indigenous people faced,” Wejr admitted.

“We’re lucky to have leadership in our school that is helping us along our journey to reconciliation,” he said as tribute to Bedard and others breaking ground on Aboriginal education.

Bedard is proud to be at a school “that is allowing her to share her history and culture” to the benefit of her students, she said.

“I’m finally at that place where I can truly share where and who I am,” she said. Though the journey ahead is arduous and students still have a lot to learn, Bedard added.

The last of Canada’s federally operated residential schools closed in 1996. 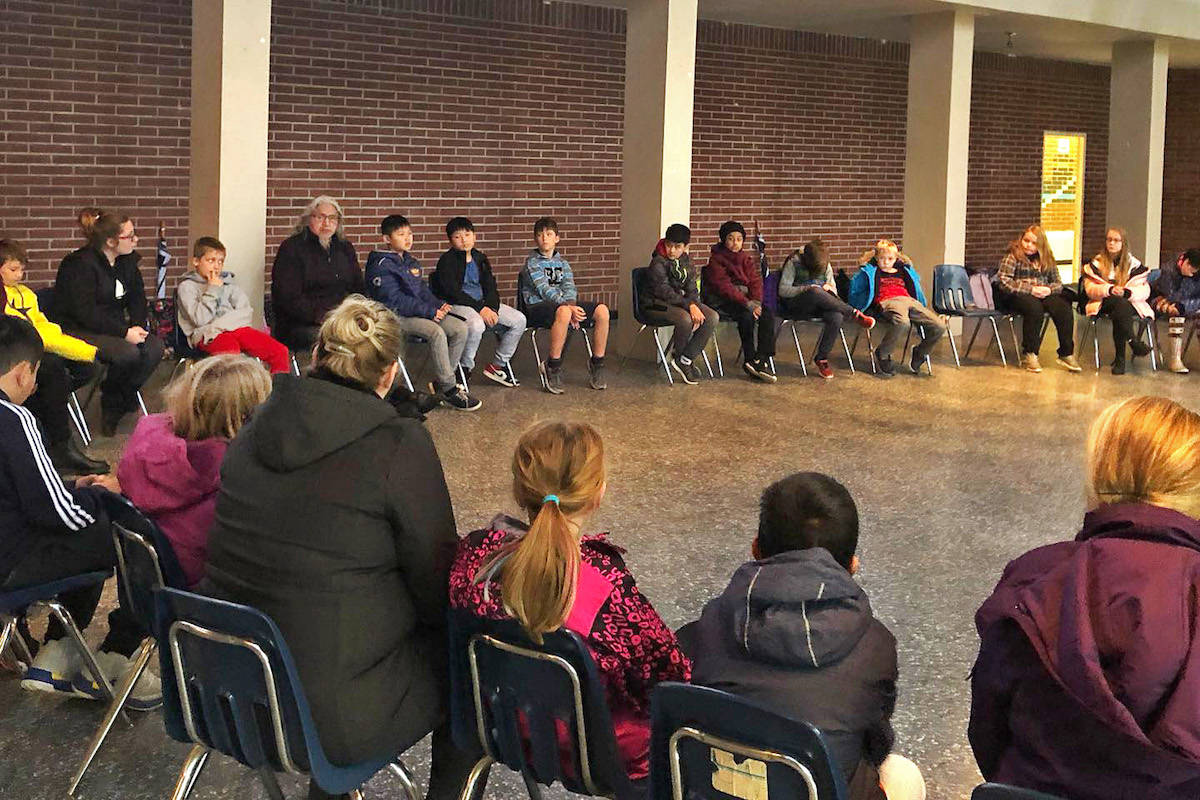 Shortreed Elementary School’s Grade 5 students recently went on a field trip to St. Mary’s Indian Residential School in Mission, which was built in 1861 and closed in 1984, after nearly two decades of boarding Aboriginal children. (Shortreed Elementary/Special to the Aldergrove Star) 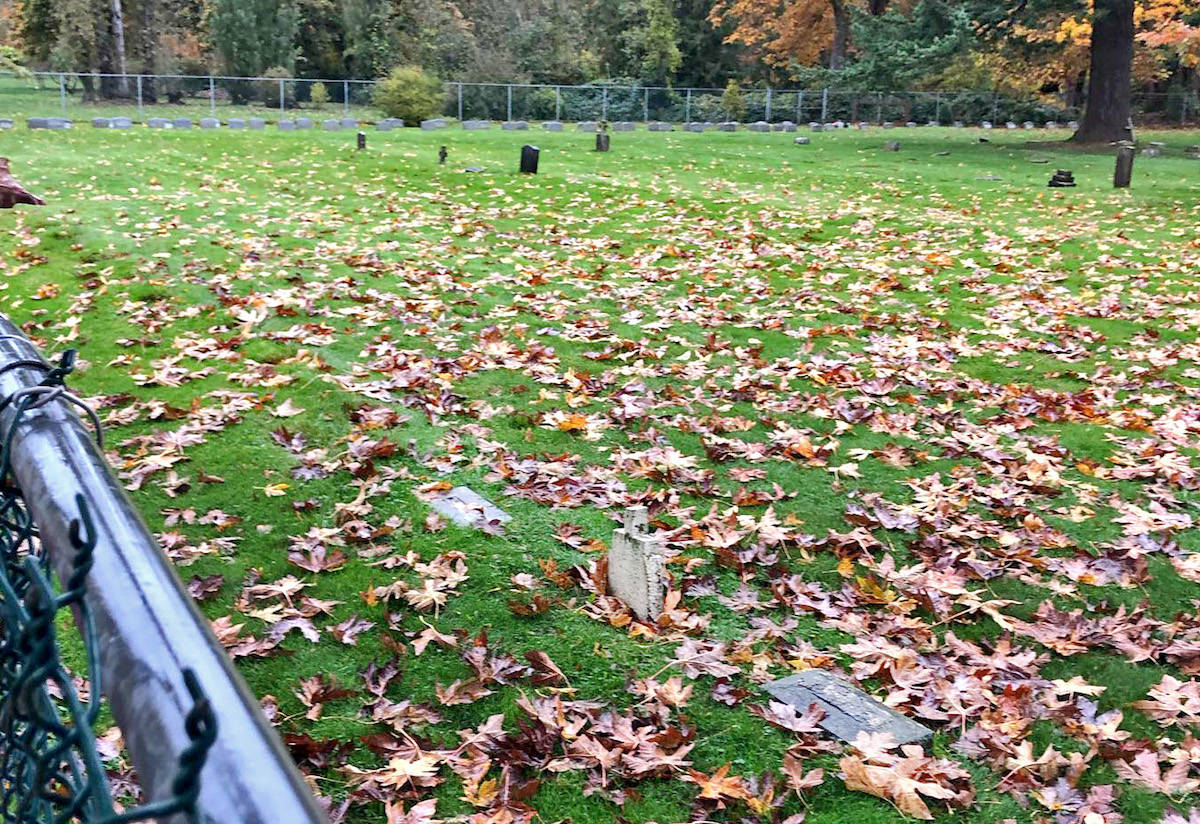 St. Mary’s grounds holds a small cemetery, that laid to rest Indigenous children who died during their time in the residential school. (Shortreed Elementary/Special to the Aldergrove Star) 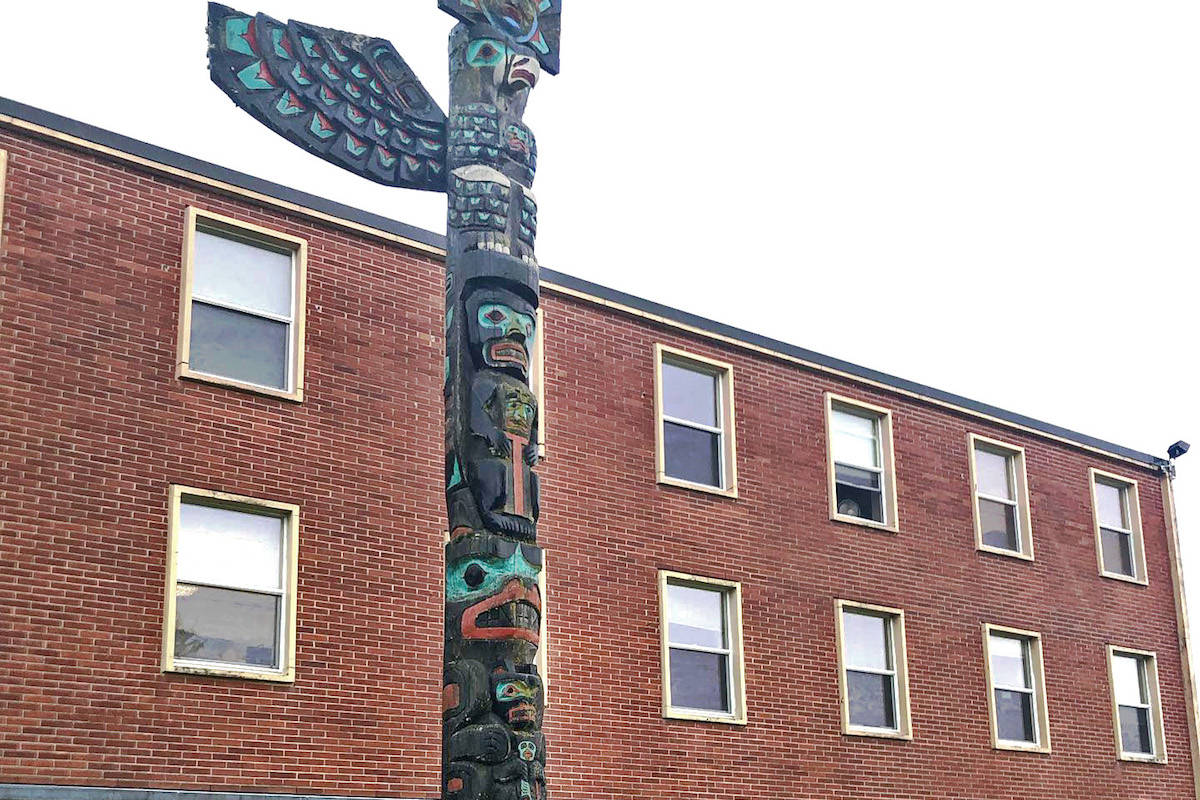 Almost half of all First Nations families are ‘food insecure’: 10-year study