Abbotsford BC Liberal candidates Michael de Jong and Bruce Banman look headed to Victoria. But it may be weeks before it’s known whether BC Liberal Simon Gibson has held onto his seat or if Mission Mayor Pam Alexis will be headed to Victoria to join what has been forecasted to be a majority NDP government.

Despite the BC Liberal troubles, by 11 p.m. De Jong, who has served as Abbotsford West MLA since the mid-90s, looked almost certain to hold onto his seat, with 47 per cent of the vote with 73 of 89 ballots. The NDP’s Preet Rai had 34 per cent. With thousands of mail ballots still to be counted, precise figures may not be known for weeks.

The figures were almost identical in Abbotsford South, the riding previously held by Darryl Plecas. There, Banman had 46 per cent of the vote, compared to 33 per cent of the vote for NDP’s Inder Johal. All of the ballots cast Saturday had been counted, although again thousands of mail ballots were still outstanding.

In Abbotsford-Mission, with almost all of ballot boxes counted, Gibson held a 100-vote lead over Alexis. But with more than 8,000 mail ballots yet to be counted, the results in that race are far from clear.

RELATED: Abbotsford-Mission riding one of the closest races in the province

The election-day parties of campaigns past were nowhere to be seen in 2020, with Banman and de Jong each joining small groups of supporters at their respective campaign headquarters.

A veteran of several municipal campaigns, this was Banman’s first venture into provincial politics. He said this election had been particular unique, given the personal constraints.

“It was a real great process, but strange because you can’t do… a lot of the traditional meetings you would do.

“A lot of it was phones and social media so it was just different.”

Banman said Highway 1 will be a focus for him. Both his party and the NDP had promised to widen the highway, and Banman said frustration with the clogged corridor was a common refrain among constituents he spoke to.

“That freeway needs to be widened and not just into Abbotsford but all the way into Chilliwack,” Banman said.

Regarding the NDP’s pledge, Banman said. “I’m happy that they made a promise and I intend to make sure they’re reminded of that promise and that it’s one of the promises that they actually keep.”

If the preliminary results stand, they will likely force the BC Liberal party to examine how to reconnect with voters. Asked about what the provincewide results say about his province, Banman said: “The public’s never wrong, even when I don’t necessarily agree with them, but they’re never wrong.

De Jong says it was “gratifying and humbling” to be elected for his eighth term as MLA in Abbotsford West, although he is “obviously not too happy” about an NDP majority government.

De Jong said he spent election day as he normally does – with an afternoon hockey game at Abbotsford Recreation Centre and then proceeding to his campaign headquarters later in the evening.

De Jong said this election had its unique set of challenges, including a short campaign period on top of a pandemic.

De Jong and his Liberal counterparts across the province have been critical of John Horgan and his NDP government for calling an early election in the midst of the pandemic.

“I think many people will continue to question whether this was the appropriate thing to do,” he said.

De Jong said a priority for him, as part of the official Opposition, will be to continue to press for issues and projects that are important to the residents in Abbotsford and the Valley, such as the widening of Highway 1.

“I am concerned that, left unrestrained with a majority government, some of the biases that we saw revealed – some of the, quite frankly, discriminatory policies that we saw in the previous minority NDP government – will become amplified,” he said.

De Jong said the first priority should be to “ensure the health and well-being of British Columbians” as the pandemic continues.

He thanked his fellow candidates – calling them “the heroes of democracy” for choosing to put their names on the ballot – and the people who voted for him.

“They have given me that honour again, and I am grateful and humbled,” de Jong said. 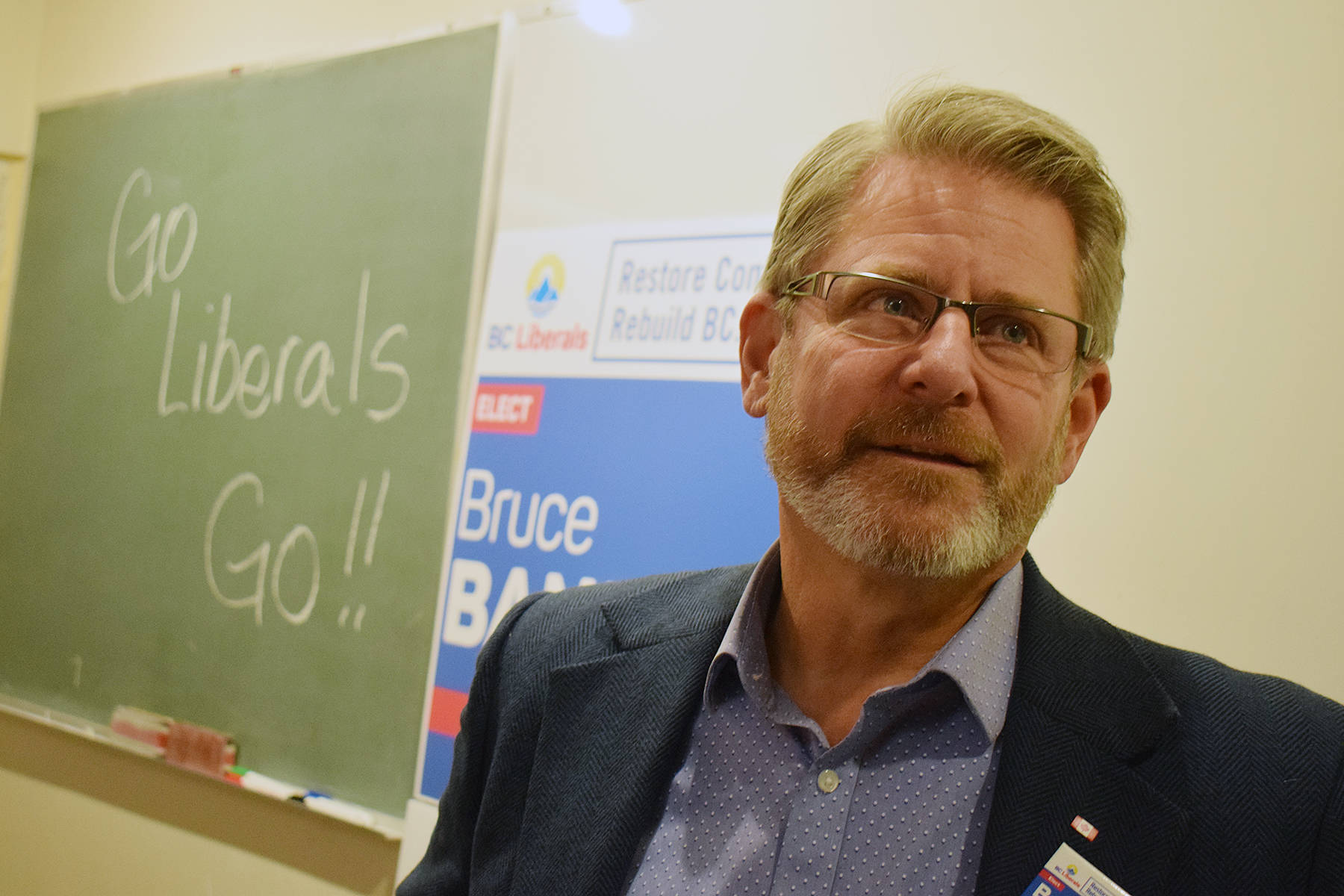