For five-year-old Harrison Smith, the abrupt ending of his first year at Parkside Centennial Elementary school this March, due to the COVID-19 pandemic, was an unimaginable loss.

“He was sad, angry, and didn’t understand what was happening,” explained mother Annie, who decided to keep her son home when Langley schools partially reopened June 1.

“He was finally getting used to a routine and to send him back to a whole new environment for a couple weeks to have it end all over again didn’t make sense.”

Instead, the mother joined forces with a few other parents, and organized one final group outing to capture a graduation memory for Kindergarteners to take home.

READ MORE: Despite COVID-19, Parkside Grade 5 students get their grad walk in Aldergrove

“I’m that mom that saves every memory as they are only little for so long,” Annie relayed, determined to help her son come to terms with the changes this year has brought.

“He went from going to school, playing lacrosse, and taekwondo to suddenly stuck at home with his parents and younger brother – he’s had a hard time adjusting.”

June 18 saw 14 of Harrison’s classmates join him at Aldergrove Regional Park for a class photograph with his two teachers Tracy Vleeming and Kristen Blair.

“The smiles on [the student’s] faces when they saw their teachers were priceless,” Annie recalled.

Last time Harrison and his “best friends” or classmates saw their teachers was in early March – before an emergency was declared province-wide due to the virus.

Blair and Vleeming both sat back at a distance as students got individual portraits taken with the teachers.

“He just wanted to hug them,” Harrison had told his Mom.

“But he knew that for now we need to stay safe and keep the six-feet rule.”

Erica Matyga of Artistic Eye Photography worked with the group, offering them a discounted rate each parent could chip in to afford the cost.

Each Kindergartener was delivered a graduation package with one cap and gown portrait, a photo with their teachers, and one socially distant class photo.

“It is a memory that we will forever cherish,” Annie said.

“And hopefully we will be able to start Grade One in September in a somewhat normal fashion.” 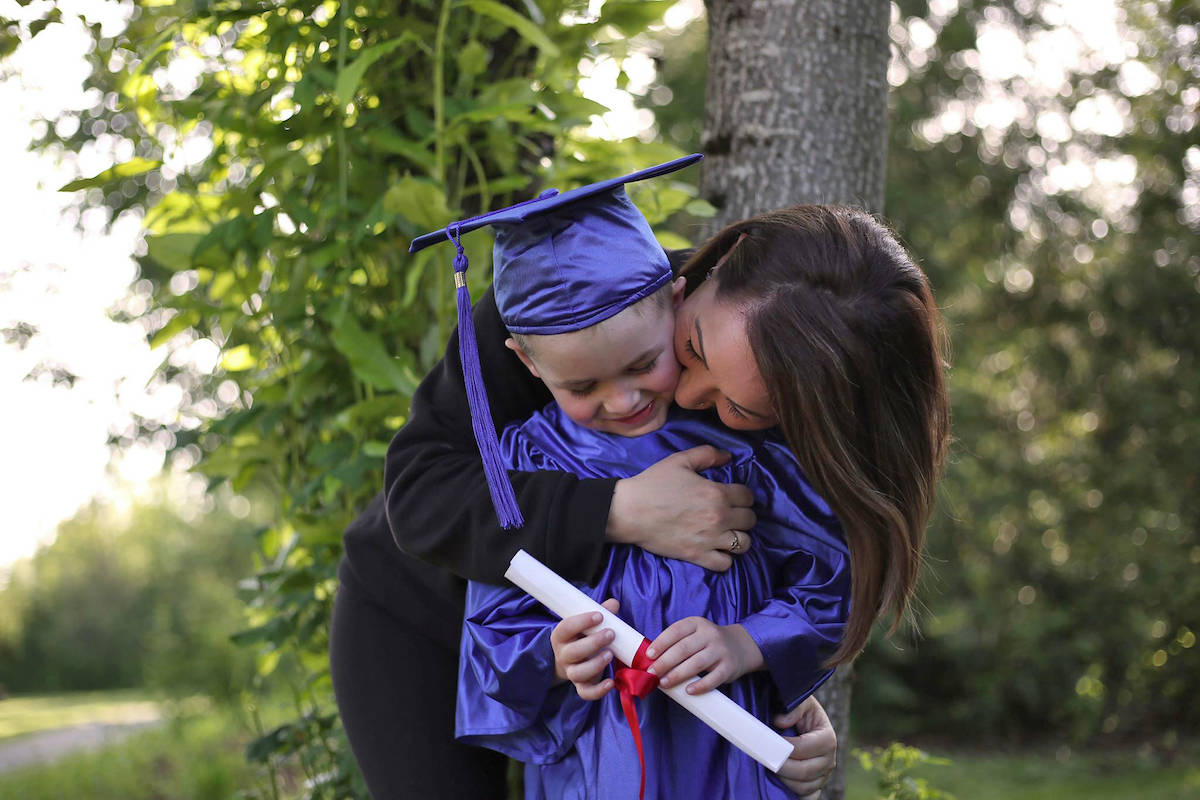 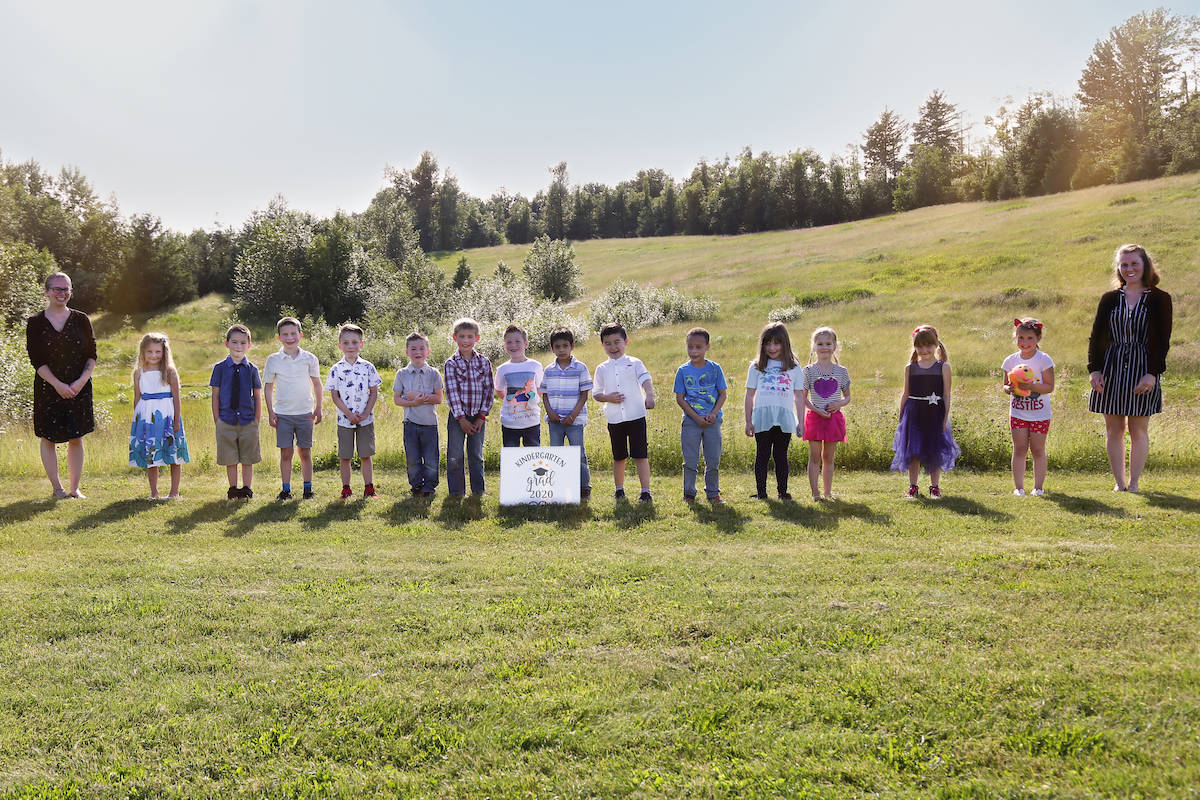 Fifteen Parkside Kindergarten students met outside for a final class photo this June. (Erica Matyga of Artistic Eye Photography/Special to the Star)