The new Aldergrove Credit Union Community Centre, a unique ice arena and recreation complex and outdoor aquatic facility, is set to open in June of 2018. Ground was officially broken on Feb. 3 of this year.

The Aldergrove Credit Union Community Centre will feature a canopy-covered outdoor pool area with a shallow leisure end, six competitive swim lanes, and a deep end for diving. An environmentally conscious project, the pool will be open year-round and heated in the wintertime, using excess energy produced from cooling the ice at the adjacent arena.

The centre’s arena will include a fitness centre, indoor walking surface, and multipurpose rooms.

The facility is located at the former site of Aldergrove Elementary School, at 27032 Fraser Highway, and has a total construction budget of about 30 million.

A federal grant of up to $9.881 million will be applied to the project in increments as work progresses, which, along with the budget approved by Township Council, will allow the centre to be built as envisioned without any additional cost to taxpayers, or cutting back on features.

“Financing something of this magnitude is a big job with many variables, and the Township had budgeted for the majority of the project through past or future land sales,” said Township of Langley Mayor Jack Froese. “This much-appreciated federal funding will alleviate some of the pressure on the timing of those sales, and means there will be no tax increase required to fund construction of this project.

“The grant will also help pay for some additional features, such as a sauna and steam room, which were going to be added in later, but can now be included at the outset,” Froese said.

Other enhancements will include the addition of solar panels for heating the facility, rain water harvesting, additional change facilities, an expanded playground, and additional features that focus on youth recreation.

Last year, Council decided to add a canopy cover over the outdoor pool, and a deep end and diving board extension.

The Aldergrove Credit Union Community Centre was designed to meet the needs of people of all ages and interests and will complement, not duplicate, existing Township recreation and aquatic opportunities.

Froese noted that the new Community Centre will draw people from throughout the region to downtown Aldergrove and be a great step towards revitalizing Aldergrove’s downtown core. 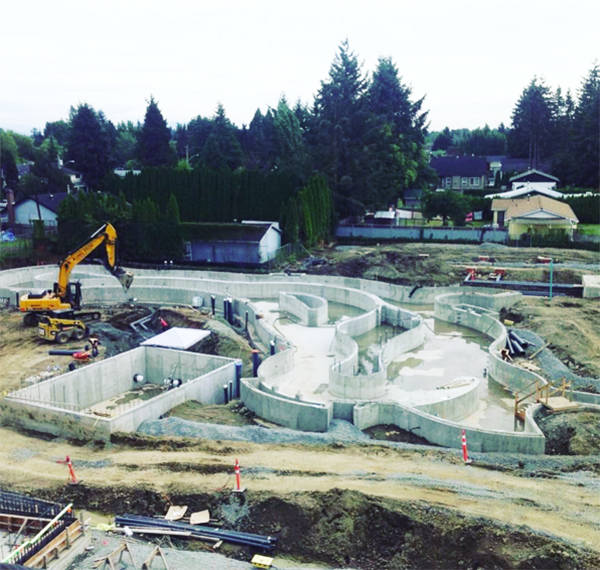 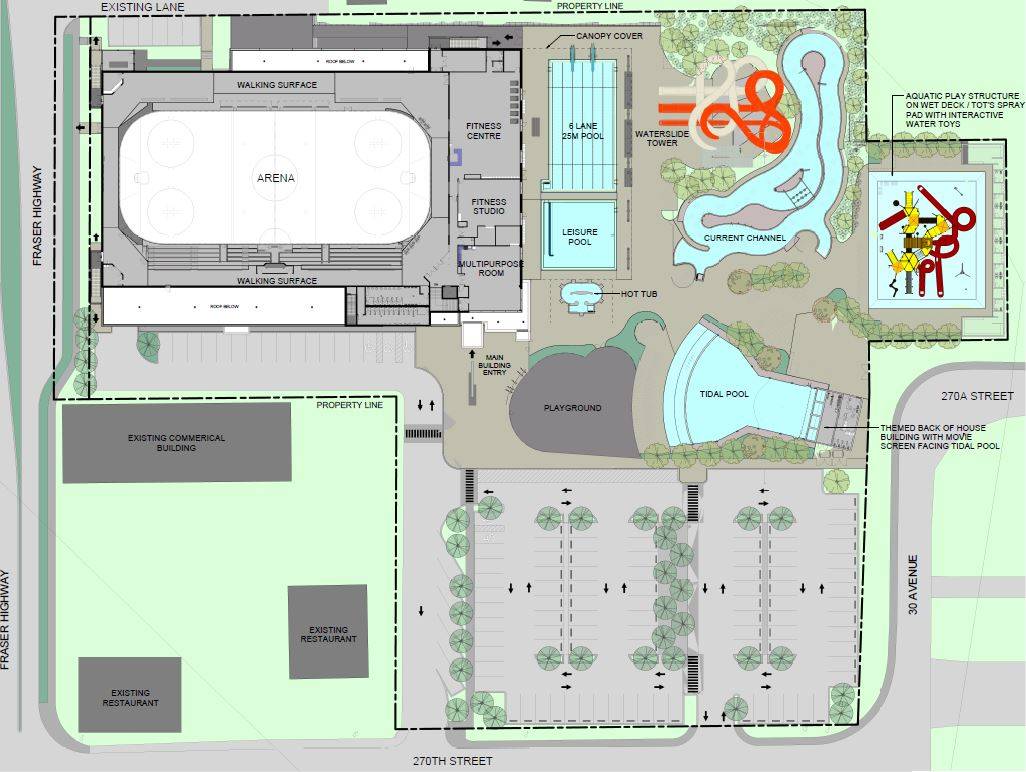