Animal cruelty officers are looking into a report that someone tried to drown a raccoon after leaving it starving in a trap for over a week.

BC SPCA spokesperson Lorie Chortyk confirmed an investigation has been launched into a report by the Critter Care Wildlife Society in Langley.

“We can’t share details of an active investigation,” Chortyk said.

Critter Care animal care supervisor Brooklynn Martin said staff at Critter Care rescued the raccoon on Friday, Nov. 23, after a tenant in a Burnaby residence contacted them to say the landlord had live-trapped a raccoon and left it in the trap for over a week.

Martin called it “one of the most horrific cases of cruelty” Critter Care staff have encountered.

BC SPCA is the only animal welfare organization in B.C. with the authority to enforce animal cruelty laws under the Prevention of Cruelty to Animals Act (PCA).

A cruelty investigations team can recommend charges for Crown counsel for the prosecution of individuals who inflict suffering on animals.

According to the SPCA website, someone found guilty of cruelty could face imprisonment, fines in the thousands of dollars, or both.

A few hours after it arrived at the Critter Care facility, the raccoon died.

It was wrapped in heat, given antibiotics for the fluid it had accumulated in its lungs, pain meds and a shot of vitamins. 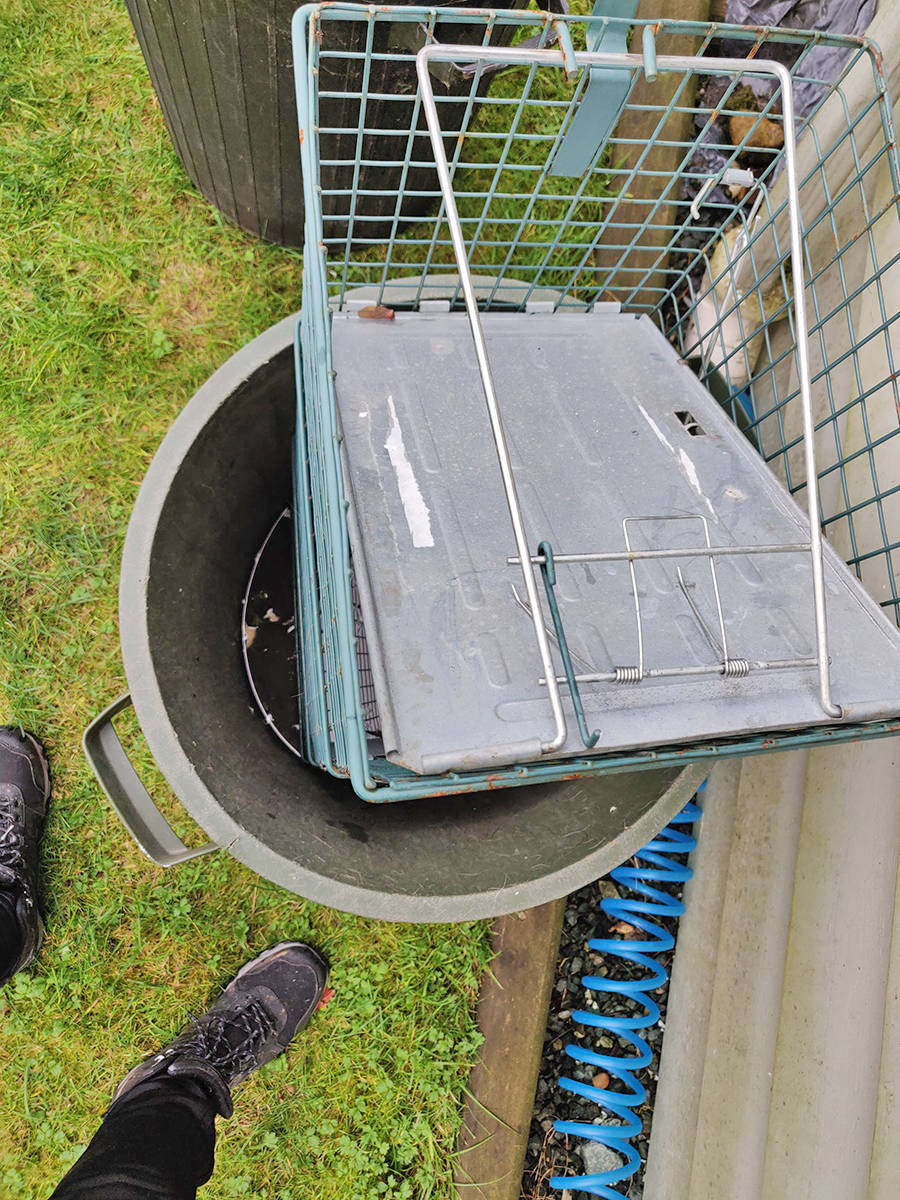 Critter Care in Langley released this photo of a trap and garbage can that was allegedly used in a bid to drown a raccoon. Courtesy Critter Care