Nanaimo Fire Rescue has turned its investigation into a damaging turf field fire over to the RCMP.

Firefighters responded to a fire located in the centre of the artificial turf NDSS Community Field behind Nanaimo District Secondary School shortly before 4:30 a.m. Tuesday.

“It was a 15-by-15-foot fire, stacked pallets and what looked like a sofa bed,” Millbank said. “It will be an expensive repair I understand, though.”

Al Britton, city parks operations manager, said the cost to repair the field could be in the tens of thousands of dollars.

Nanaimo RCMP said it would have taken some time and effort to transport the materials to the site and there will likely be witnesses they hope will come forward.

“We hope that someone may have seen or heard something that will assist in the investigation,” said Const. Gary O’Brien, Nanaimo RCMP spokesman, in a press release. “This ridiculous act of vandalism will also significantly disrupt ongoing soccer leagues and upcoming football camps, which are expected to start up in the near future.”

Anyone with information about this incident is asked to contact the Nanaimo RCMP at 250-754-2345. To remain anonymous, contact Crime Stoppers at www.nanaimocrimestoppers.com or call 1-800-222-8477.

The sports field complex has been the target of previous vandalism, most recently, theft of wire from the field’s lighting and scoreboard. 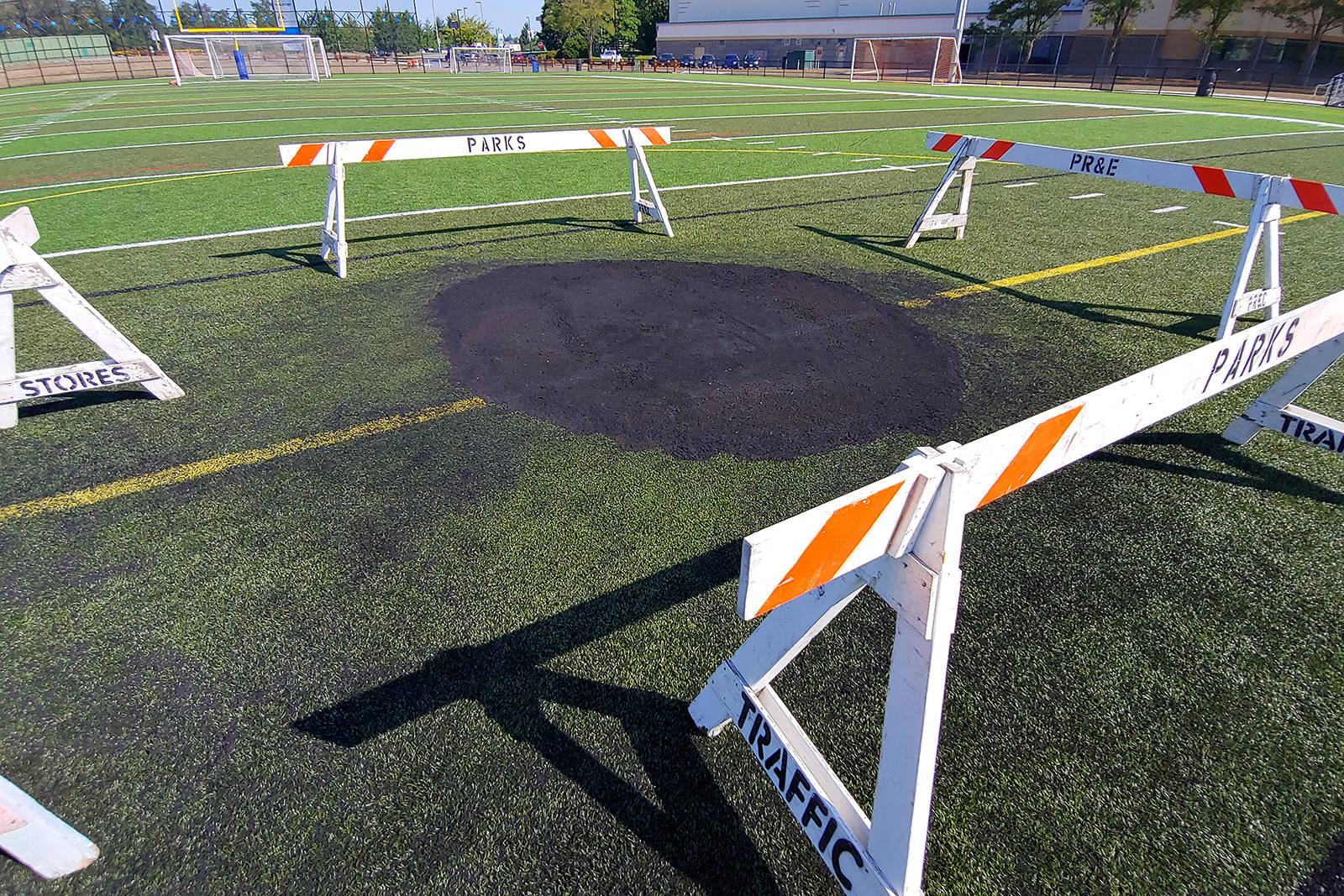