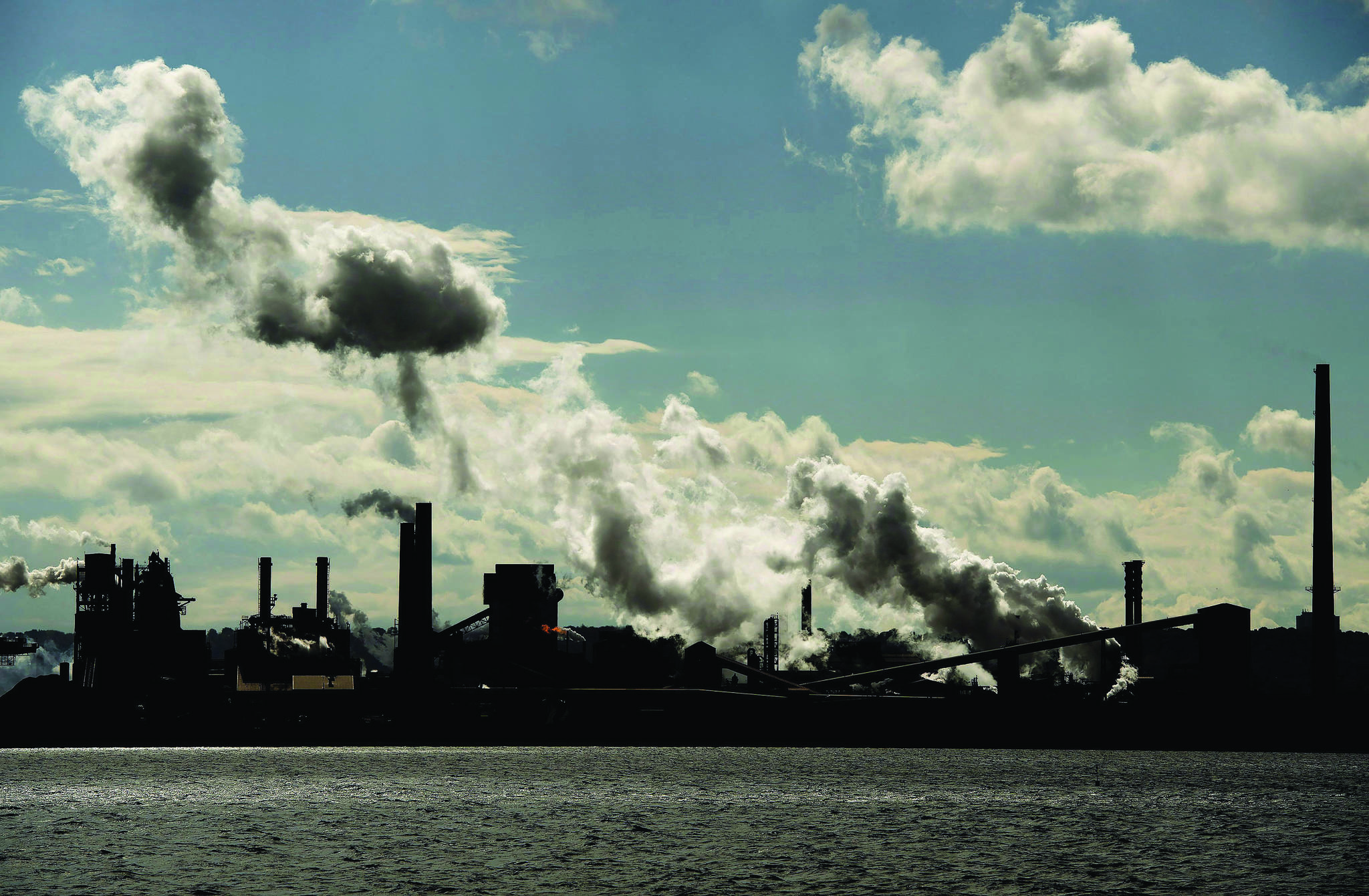 The steel mills in the Hamilton waterfront harbour are shown in Hamilton, Ont., on Tuesday, October 23, 2018. A large proportion of small- and medium-sized businesses soon to be subjected to Ottawa’s carbon tax worry they’ll be unable to pass along the bulk of the extra costs to their customers, suggests new survey to be released Tuesday.THE CANADIAN PRESS/Nathan Denette

Roughly 8,022,780 families had claimed the rebate as of June 3, the federal tax agency said Friday.

READ MORE: B.C. carbon tax up April 1, other provinces begin to catch up

Families in Saskatchewan, Manitoba, Ontario and New Brunswick are eligible for the “climate action incentive,” which is claimed as a rebate on their personal income taxes.

The Canada Revenue Agency said in May about 97 per cent of eligible families had applied for the rebates, based on the personal tax returns it had processed to that point; as of Friday, it didn’t yet have an updated application rate to match the latest payout numbers.

A spokesman for the CRA said the agency will not be ready to release the final number of applicants and payments until mid-July. Self-employed people aren’t required to file their taxes until this month and some just file late, so the number of applicants will likely increase.

The federal government anticipated rebating $2.1 billion through the individual climate rebates this year.

Ottawa imposed a levy of $20 per tonne of carbon emissions in four provinces on April 1 because none of them had provincial carbon-pricing systems of their own. Seven per cent of the revenues are being given to small and medium-sized businesses as rebates or assistance to make energy efficiency investments, while three per cent will go to municipalities, hospitals, universities, and schools, which can’t pass on their added carbon tax costs.

Legislation requires 90 per cent of the revenues to be returned to individuals with the rebates, through a tax credit that varies by province because the amount of carbon tax someone pays will be influenced by where he or she lives. Officials have previously said rebate levels will be adjusted each year to ensure that 90-per-cent target is always met.

This year’s rebates were paid up front, before the revenues were collected. It means the rebates were only based on estimates, not actual amounts of carbon tax collected.

When announcing the carbon-tax rebate program, the federal government estimated the average payment would be $248 in New Brunswick, $300 in Ontario, $336 in Manitoba and $598 in Saskatchewan.

(Environment Canada officials said Friday that their definition of a household is different from the tax agency’s and allows for payments to members of different legal families living at the same address, such as roommates who can each claim a single person’s rebate.)

The climate payments are intended to offset increased costs for Canadians. Environment Minister Catherine McKenna has said putting a price on pollution is intended to provide financial incentives to find ways to cut your own greenhouse-gas footprint without affecting your standard of living — the difference between a household’s rebate and its carbon-tax payments, it gets to keep.

The carbon tax is set to rise by $10 a tonne each April until it hits $50 in 2022, at which point it will be reviewed to determine whether to raise it even more.

Alberta is not part of the regime because until last month it had a provincial tax. Alberta Premier Jason Kenney scrapped that program in late May and Ottawa intends to impose the federal version on Alberta as soon as possible.

The Conservatives are fiercely critical of the carbon tax as an ineffective way to curb emissions.

Canada needs to cut its emissions by about 28 per cent by 2030 compared to current levels — which were 716 million tonnes at last count — to meet its international climate-change pledges, but environment experts believe to prevent catastrophic climate change those cuts must be almost twice as deep.