Actor Michael Coleman has denied what he calls a “whisper campaign” of sexual harassment allegations that have been made against him, saying they have damaged his reputation and his career could be ruined.

Coleman, who co-founded an acting school in Vancouver and is known for his role as Happy the dwarf in the television series “Once Upon a Time,” told a news conference Friday he has never kissed or inappropriately touched any acting student, staff member or fan.

He directly addressed four separate allegations, which he said date back to 2009, including one involving inappropriate comments that he says came from a fake Twitter account in his name.

The complainants have not been identified and none of the allegations have been proven.

Coleman called the complaints an anonymous attack on his reputation.

“What I’d like to speak to today is the importance of words matter. I have seen my name in headlines with words like sexual misconduct and sexual allegations. And if you ask anybody what they are, the answer would be, ‘Well I’m not sure,’ ” Coleman said.

Coleman said the first allegation came out in October 2017 at a town hall meeting held by the Union of B.C. Performers, which did not immediately return a request for comment. He said the union invited people to discuss sexual harassment in the entertainment industry after allegations were made against producer Harvey Weinstein.

After that, Coleman said SchoolCreative Institute of the Arts launched an investigation.

“When there were allegations involving my name, as per our own protocol, I took a mutually agreed upon leave of absence and we initiated our own internal investigation,” he said in a later interview.

He said he voluntarily stepped aside from an active role in the school so it could take place. However, Coleman said he took issue with fact it was conducted by a staff member and not a third-party investigator.

The staff member reached out to the woman from the town hall and asked if there was anyone else she should speak to, Coleman said. That’s how the three other complaints were lodged, he said.

Coleman said his career could be ruined by the allegations, which have sparked a rumour mill. His IMDb page says he has also appeared on “Stargate: Atlantis,” “Smallville” and “Supernatural.”

He said a shareholders’ dispute that resulted in his departure from GO Studios and SchoolCreative escalated because of them. The owners decided they no longer wished to be in business together, he said.

He also said he voluntarily stepped aside from an active role in the school to allow an investigation into the allegations to take place, but it was never completed.

Scott Gamble, admissions director at SchoolCreative, said to its knowledge none of the allegations involved the school.

“Out of respect for the complainants and in the interests of protecting everyone’s privacy, SchoolCreative has no further comment on this matter,” he said in a statement. “We are focused on continuing to deliver first class education to our students in a safe and respectful environment.”

He said 14 instructors who resigned returned to the school after Coleman left the company.

A group of about 10 protesters holding signs reading “We believe the women” were allowed to watch the news conference.

Lisa Ovies, who was among the protesters, said there is a support network for women making allegations.

“We have a whole bunch of people here listening. If anybody wants to come forward privately or publicly, you have a community behind you,” added Ovies, who said she worked with Coleman for four years at a children’s acting school.

She said watching the news conference was difficult.

“It’s hard to express what you’re going through, from tears to anger,” Ovies said. 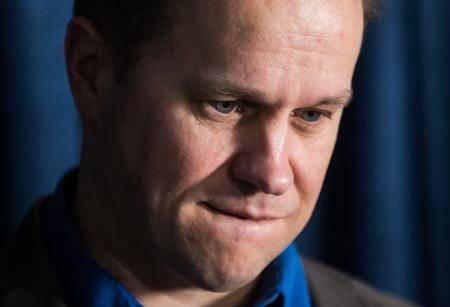