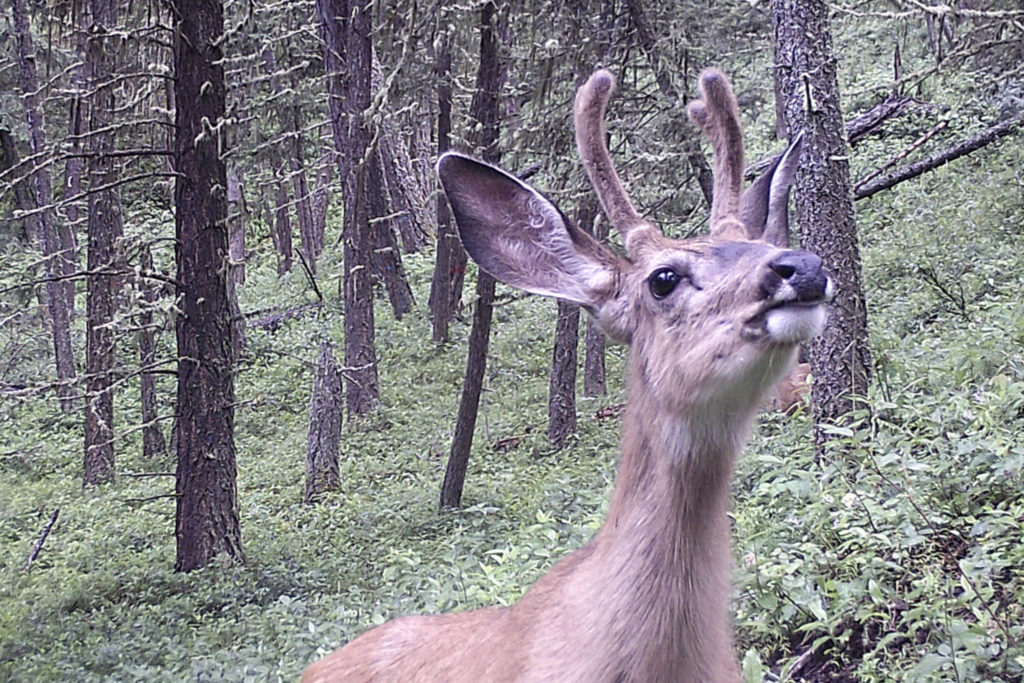 While chronic wasting disease has not yet been detected in B.C., 64 white-tailed deer, mule deer and moose in the area around Libby, Montana have been discovered with the disease since June 2019. CWD is also found in Alberta. (Sam Fait photo)

A fatal and contagious disease for deer, elk and moose, chronic wasting disease (CWD) has not been detected in B.C. yet and the provincial government is hoping to keep it that way.

A mandatory sampling program requiring hunters to submit heads from deer harvested in specific wildlife management units in the Kootenay region has been implemented as part of ongoing efforts to prevent CWD from entering B.C. and impacting deer, elk and moose populations.

Since June 2019 64 white-tailed deer, mule deer and moose in the area around Libby, Montana were discovered with CWD. This was the first time the disease had been detected west of the Rocky Mountains, notes a provincial news release.

CWD is a progressive, fatal nervous system disease that affects members of the deer family (cervids). The disease is caused by an abnormal protein and can spread through saliva, urine, feces, carcasses and even water, plants and soil. An infected animal may be contagious for months or years before appearing sick.

Signs of CWD infection in deer include weight loss, poor coordination, stumbling and trembling, however, symptoms may take over a year after infection to show. The disease is not known to affect humans or animals other than cervid species.

Starting Tuesday, Sept. 1 and until Dec. 20, 2020, hunters are required to submit the heads of mule deer and white-tailed deer harvested in specific wildlife management units (4-1, 4-2, 4-3, 4-4, 4-5, 4-6, 4-7) along the southern B.C. border in the Kootenay region for CWD testing. Drop-off locations may be found online: www.gov.bc.ca/chronicwastingdisease.ca.

The provincial wildlife health program is also calling on hunters in other parts of the province, especially the Peace region, to bring deer, moose and elk heads to drop-off locations for CWD testing.

B.C. has been monitoring for CWD since 2002. The Peace and East Kootenay regions have been targeted as high-risk areas for disease entry due to the disease’s presence in Alberta and Montana. B.C. will continue testing samples for the disease to ensure B.C.’s CWD-free status and inform any additional response. The B.C. CWD Program will accept heads from any cervid species collected from anywhere in the province.

Anyone encountering an animal exhibiting the symptoms of CWD — thin, drooling, poor co-ordination and stumbling — should report it to the provincial Wildlife Health Program at 250 751-3219 or the Report all Poachers and Polluters hotline at 1 877 952-7277.

The B.C. Wildlife Federation purchased and donated ten freezers towards the CWD initiative.