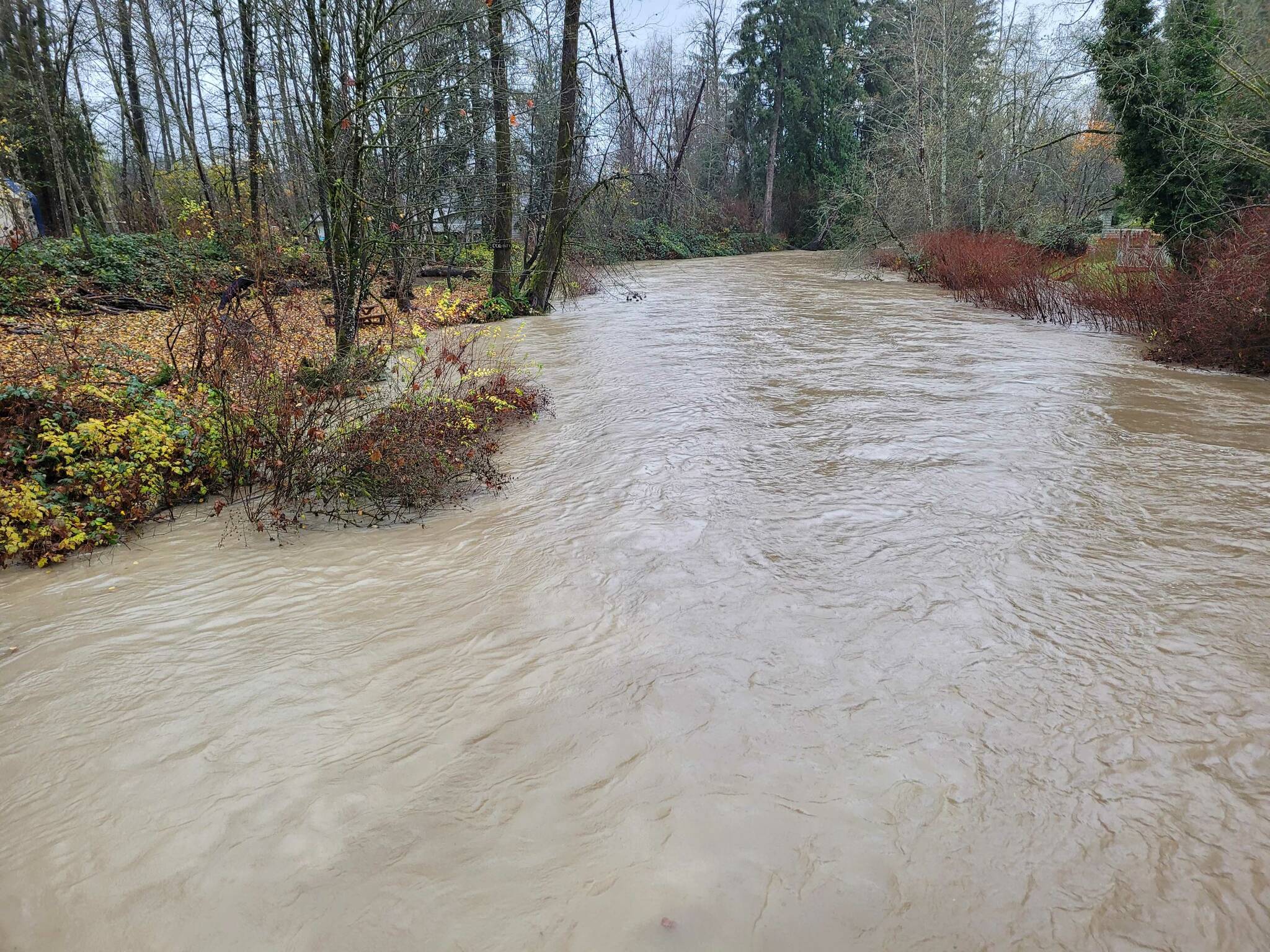 BC Hydro’s spill from the Alouette dam, coupled with the torrential rains, has raised water levels at the Alouette River significantly.

On Nov. 18, BC Hydro released a spill notification on the Alouette dam at 6 p.m. The spill was to let excess water out, due to an increase in water flow, through the spill gate.

“BC Hydro Alouette Dam spill notification. Today, Sunday, November 14, at approximately 18:00hrs the following increase will commence at the Alouette Dam. Alouette spill will increase from 0 cubic meters per second (cms) to a flow of up to 42.5 cms. Reason for the increase as water conveyance due to forecasted high inflows due to precipitation & snowmelt. Please contact the Mission Office at 604-814-1406 with any questions or concerns,” said the notice by George Aungthin, Standby Manager for Lower Mainland East Stations.

BC Hydro has to release water to maintain the water levels and once the water in the reservoir reaches threshold levels. Such a release allows for a more controlled level of water to flow down the river.

“Us longtime riverfront residents on the South Alouette can confirm, it’s common during these flow releases to see high water on the South Alouette to extend several days after neighboring streams such as North Alouette or Kanaka have settled down. The management of the dam allows for storm flows to be released as gradually as possible,” commented Ross Davies on a Facebook post from the city.

He also said that the South Alouette drained a huge catchment during such spills.

“And to have that come all at once during a storm like this…trust me, you don’t want that,” he said.

If BC Hydro hadn’t pre-released the water when they did, things could have been much worse, making the spill crucial for flood management.

However, according to Maple Ridge Counc. Ahmed Yousef, what the city needs, is ample notification when Hydro opens the spillway. Residents and businesses like Humble roots Cafe have sandbags and pumps, but need time to prepare, he said.

”They know they live in a flood plain, just give them a heads up,” said Yousef.

For now, the public is advised to stay clear of the Alouette River; South Alouette in particular, due to rising water levels for at least the next 24 hours.

“There’s significant amount of flooding in our city,” said Yousef.

Several roads are closed and many parts of the city are facing power outages.

As of Nov. 15, 11 a.m., a flood alert was issued for the area downstream of Alouette dam, with increasing flows expected from the dam into the Alouette River.

According to BC Hydro’s flood alert notice, “Reservoir forebay levels have reached free crest elevation. Residents and visitors are reminded to be cautious around the edges of the Alouette River during these increased flow periods and continue to be mindful of water safety. As necessary, implement your emergency plan, and refer to the BC Hydro issued “Emergency Planning Guide for the Alouette Dam” for information. BC Hydro staff to refer to internal Emergency Action Plan. This BC Hydro Flood Alert is in effect until rescinded.”