The White Rock Lake wildfire that has ravaged the Okanagan this summer sparked the attention of B.C.’s top dog.

While Horgan’s visit was covert, as he met privately with BC Wildfire Service crews, Conroy spoke with media outside the firefighters’ camp in Vernon.

“It’s pretty substantial from the air,” Conroy said, after seeing the 82,000-hectare blaze and its wrath.

“I talked to people that have been fighting fires for 20 years and they’ve never had a fire like this which is so unpredictable,” she said.

She also defended the initial attack, following complaints some residents have made that if more had been done initially, the blaze might not have grown to its current size.

“BC Wildfire Service was there within 30 minutes of getting the call,” Conroy said.

The intensity of the blaze was apparent immediately, she said, as crews were forced off attack mode and into protection.

“What they needed to do right away was not fight the fire, but actually save people’s lives.”

And, this was not the only blaze the province has had to contend with, as this has become the third worst wildfire season on record in B.C., as far as area burned.

Conroy also noted the efforts of Vernon citizens, who cheer on firefighters returning to camp, as well as those going out for the next shift, daily, both morning and night.

“It makes such a difference. It’s a tough job, they (firefighters) are out there long hours, some of them 12-14 hours and they come back, eat, shower and do it all again. So it is so great to see this, it warms my heart. It shows Vernon’s community spirit.”

Vernon resident Mackenzie Rawlins didn’t let the minister leave without a small parting gift. She pinned a red and blue ribbon on Conroy, one of the hundreds she and her mom and their new friends (the other members of the cheering squad) have made and given out to firefighters coming and going from the camp. 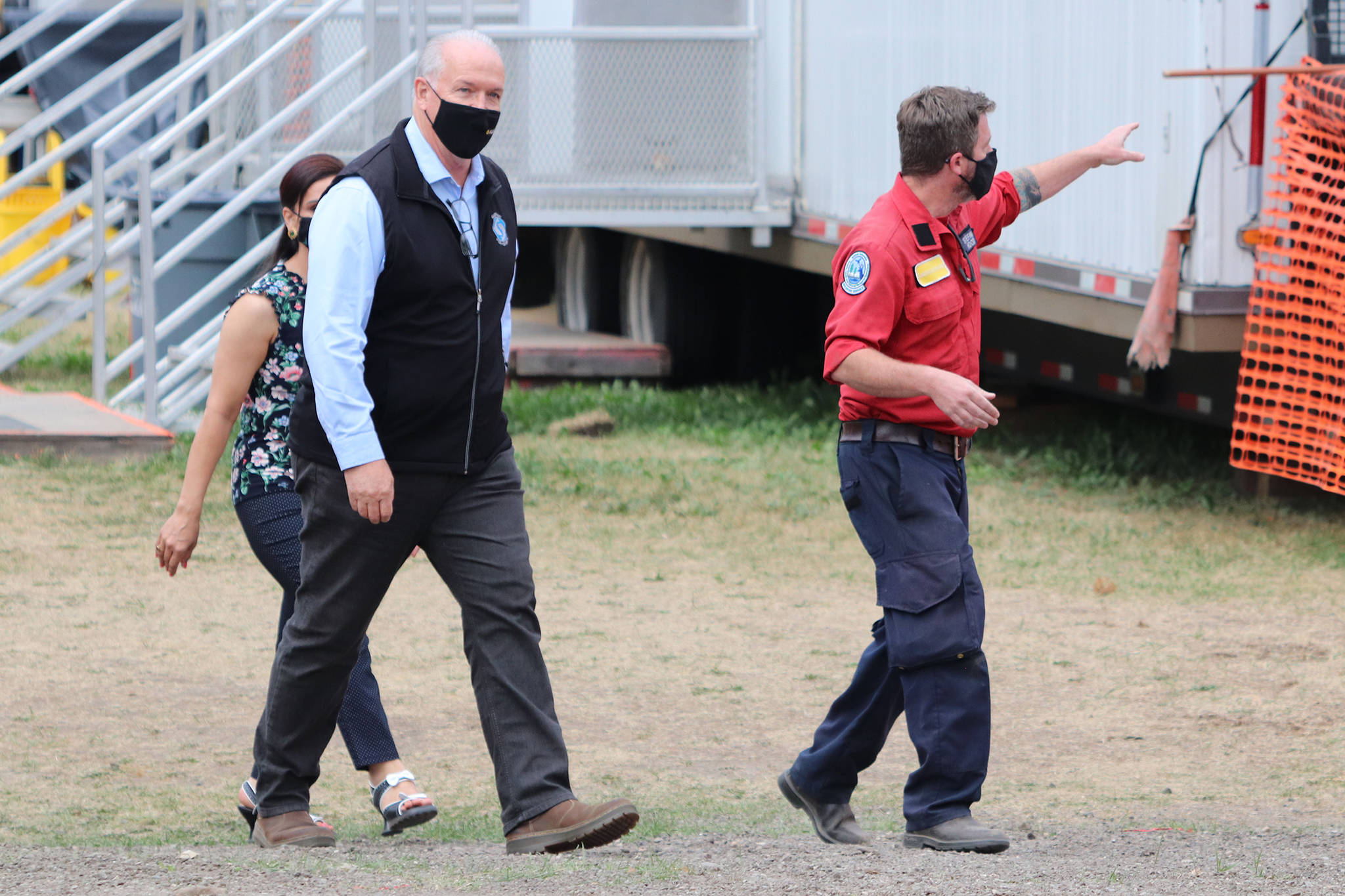 Premier John Horgan tours the BC Wildfire Service camp set up in Vernon Thursday, Aug. 26, where firefighters from all over are stationed while battling the White Rock Lake blaze. (Jennifer Smith - Morning Star)