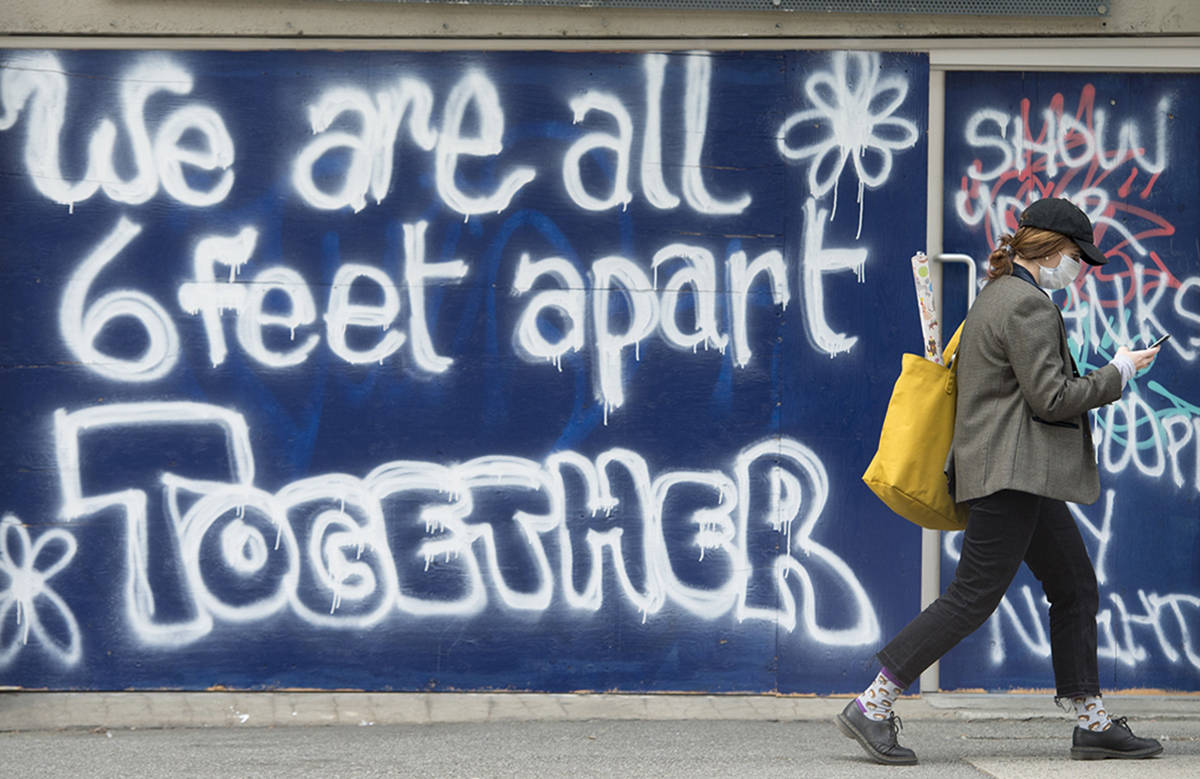 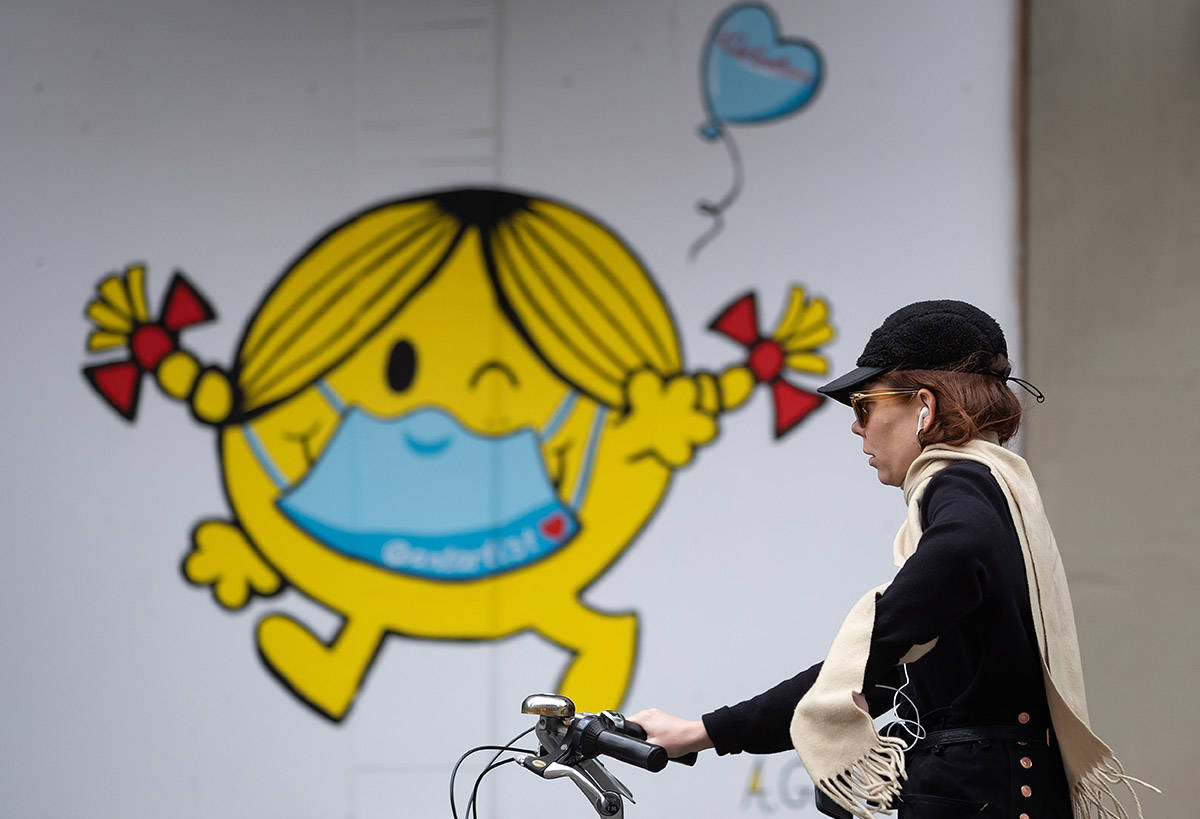 A woman rides a bike past artwork of author and illustrator Roger Hargreaves’ ‘Little Miss Sunshine’ character wearing a face mask, painted on the outside of a boarded up business in downtown Vancouver, on Sunday, April 19, 2020. THE CANADIAN PRESS/Darryl Dyck

B.C. has recorded 96 new COVID-19 cases – with 40 of those connected to an outbreak at a federal penitentiary in Mission – as well as two more deaths, including the first fatality in a First Nation community.

In a news conference on Saturday (April 25), provincial health officer Dr. Bonnie Henry confirmed that a First Nation woman who lives in the Alert Bay community has died from the contagious respiratory illness, which has no cure or vaccine.

“This is a tragedy that is beyond just us, it’s a tragedy for all of us,” Henry said.

“Our elders in our First Nations communities are culture and history keepers. When they become ill and they die, we all lose, and I want you to know that we feel that collective loss today.”

The two new deaths means that B.C. has reached a grim milestone of 100 deaths related to the novel coronavirus.

Henry explained that the surge in cases stems from further investigations into community transmissions, particularly at the Mission Institute. There, 106 inmates have now tested positive for the virus, as well as 12 staff.

Two of the infected inmates are in the hospital, Henry said.

Sixteen of the new cases announced Saturday are connected to the Coquitlam-based Superior Poultry Processors plant, bringing the total number of cases in that outbreak to 18. The plant was shut down by Fraser Health indefinitely on Friday.

Both the Coquitlam facility and its sister location, United Poultry in East Vancouver, remain under investigation. Thirty-five employees have tested positive there, although further testing is ongoing.

Ninety-six people who have tested positive for the virus remain in hospital, with 41 in intensive care unit.

Of the 1,948 who have tested positive since COVID-19 touched down in B.C., 1,137 have fully recovered, bringing the total active confirmed cases to 811.

Canada’s re-opening will be ‘guided by science’, normal life still a long way off: feds