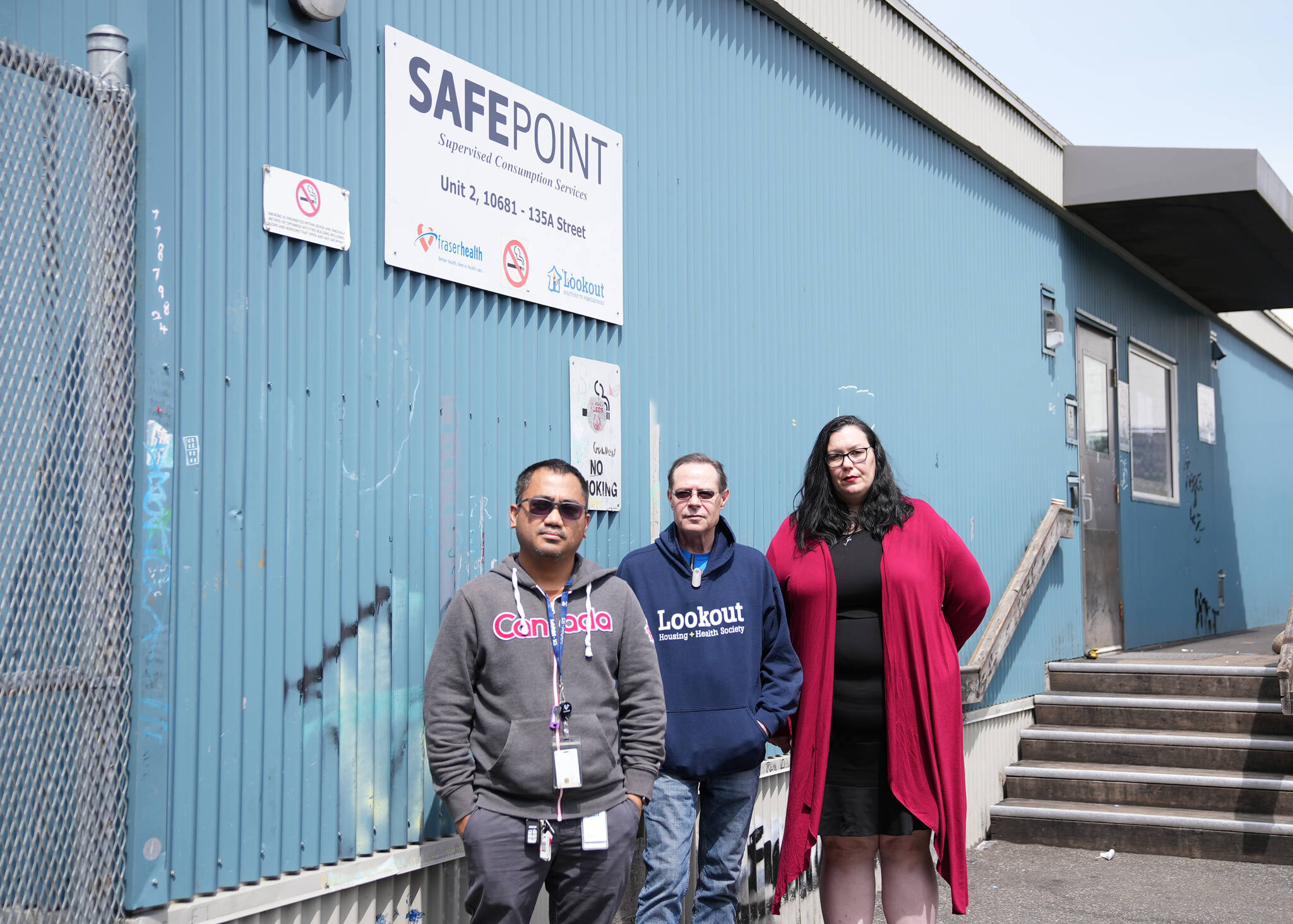 A facility that offers people a safe and judgment-free place to use drugs is marking five years in B.C. on Wednesday (June 8) – without a single drug poisoning death to date.

Fraser Health’s first supervised consumption site, SafePoint, opened on Surrey’s 135A Street in June 2017. It has since had 300,000 visits from 3,533 people, and in that time, 2,845 drug poisonings have been reversed.

Curtis Carter accounted for a portion of those. He utilized the services at SafePoint 182 times and overdosed 24 times.

“Without SafePoint, I wouldn’t have had the opportunity to move on in my life,” he says. “My health care career started with SafePoint. I wouldn’t be alive today without it.”

SafePoint, which offers harm reduction supplies and naloxone kits to all clients, also serves as a central place to connect people to services. Since opening, at least 3,688 clients received wound care, assessments or other health care services, according to Fraser Health. SafePoint’s harm reduction education sessions drew 1,345 people and 552 people accepted referrals to other health care providers or social services.

On average, SafePoint sees 196 visits per day. Clients can inject or consume substances orally or intra-nasally in an environment supervised by harm reduction workers and nurses trained to reverse drug poisonings. An outdoor inhalation tent is also available on-site.

SafePoint is operated by Lookout Housing and Health Society in partnership with Fraser Health.

The trust that clients have in staff is vital, says Fraser Health’s Sherif Amara.

“When people are ready, SafePoint staff are there to support them, whether it’s making a connection to health care services, housing or the creation of a safe and welcoming space that builds trust,” says Amara, director of clinical operations, overdose response and vulnerable populations.

SafePoint clients can inject or consume substances orally or intra-nasally in an environment supervised by harm reduction workers and nurses trained to reverse drug poisonings.

And as the drug supply becomes increasingly toxic, Fraser Health says its expansion of drug-checking services is further supporting people to make informed decisions about their substance use.

FTIR testing can detect the chemical makeup of opioids, stimulants and other psychoactive drugs. To date, most of the drug samples checked test positive for fentanyl and about 65 per cent of ‘Down’ (mixed drugs) contain benzodiazepines as well, Fraser Health says.

A third FTIR machine is expected to operate in the region soon, once technicians complete their training.

“Drug checking and witnessed consumption help people lead safer lives,” Brock says. “The fact that there hasn’t been a single drug poisonings death at SafePoint in five years is a testament to the people who provide overdose prevention services without judgment, every day of the year.

“They truly are saving lives in our community.”

BC Ferries fined $674,000 over worker who drowned after falling from vessel