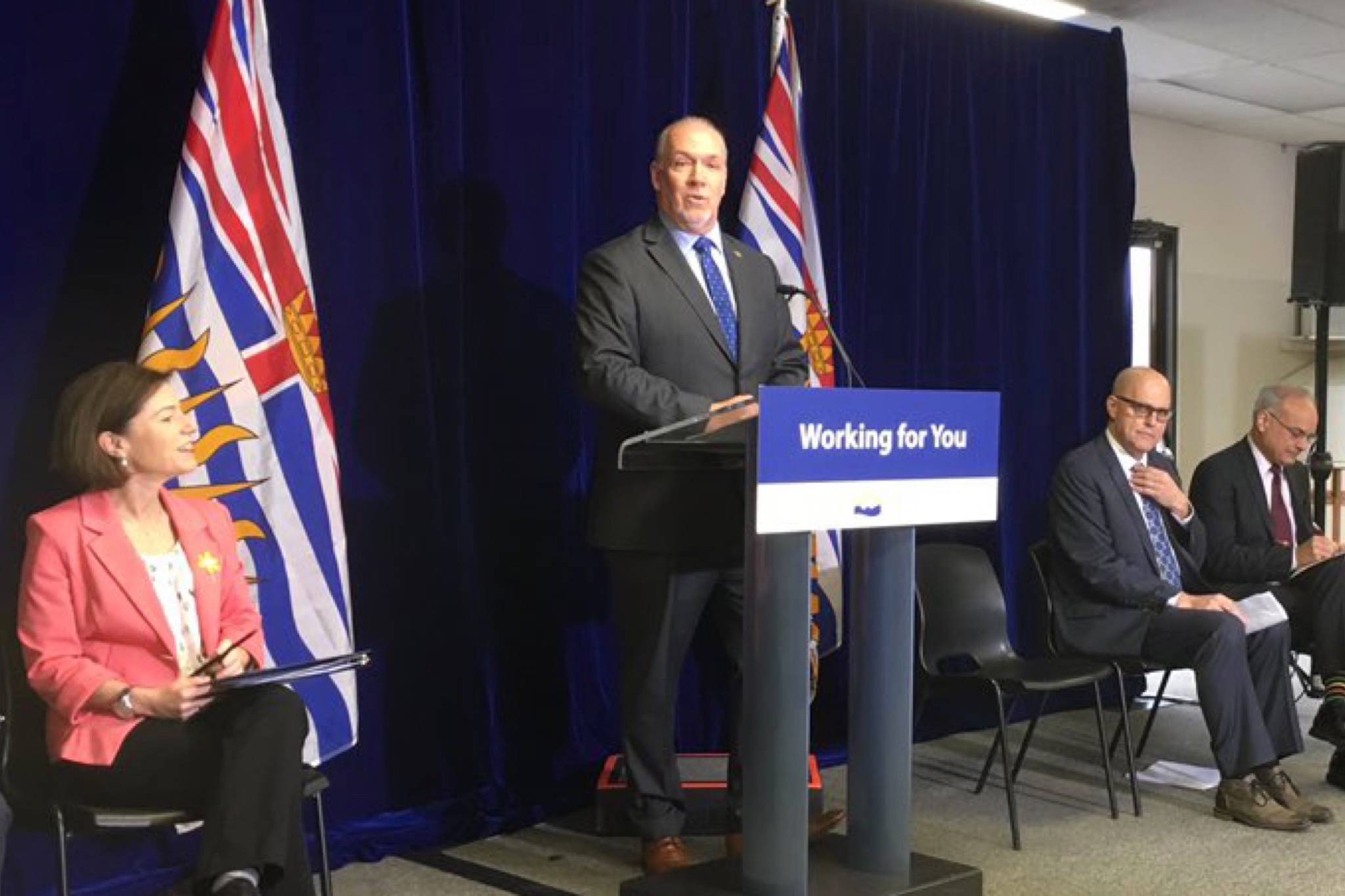 The province is continuing its stream of housing-related initiatives with a new model that partners with public groups to redevelop facilities and land for affordable housing.

In an announcement in Coquitlam Friday, Premier John Horgan announced a new HousingHub program which will bring together partnerships between local governments, Indigenous partners, non-profit and faith-based groups with BC Housing.

“Building affordable homes for middle-income people is key to tackling the housing crisis, and we have to work together to get it done,” Horgan said.

“That’s why we’ve created the HousingHub — to bring people and organizations together to build the homes people need, quickly.”

The hub’s focus will be to find land and then partially fund the development of homes for people with average incomes between $50,000 and $100,000, Horgan said.

The first partnership will be breaking ground as early as this summer, on land owned by the B.C. Conference of the United Church of Canada.

A total of 75 affordable rental homes will be built on land owned by the Como Lake United Church in Coquitlam, targeting families, seniors and individuals in need of housing in the region.

Another 325 units will be built on other properties owned by the church in Nanaimo, Richmond and Vancouver.

The province will be backing $12.4 million in funding for the four developments.

“We must use these valuable assets wisely, in ways that will help congregations develop new and sustainable models of ministry while, at the same time, providing a practical benefit to the wider community.”

Each development will include an affordable rental housing component, the redevelopment of the existing church facilities, offices and other programming space.